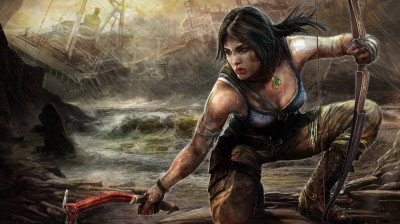 You have meddled with the primal forces of nature and we won’t have it. Is that clear? ¶

For Tomb Raider fans, this pretty much sums up the feelings about Crystal Dynamics’ decision to go all exclusive and cuddly with Microsoft’s Xbox One, by ignoring the many, to satisfy the few and putting shareholders’ dividends above and beyond the millions of fans who have helped drive the games to the success they have become today.

You may remember the article I wrote in August, following this announcement at Gamescom 2014, outlining the consternation of  Tom Raider fans all over the world, who felt betrayed, not  just by the fact of the deal, but the way it was handled.

Since then, both Microsoft and Crystal Dynamics have tried  hopelessly to mollify the fans, many of whom have followed Lara Croft since 1996.

Here are some sound-bites that recently surfaced on the net….

If I’m a PlayStation person all of a sudden I feel like, the franchise has gone…Phil Spencer, Microsoft.

The deal has a duration. I didn’t buy it. I don’t own the franchise…Microsoft.

I think it could help the franchise in the long run and help Crystal and Square and us †† …..and I think it can be a win/win…Microsoft.

Games like Rise of the Tomb Raider are good for the industry…Microsoft.

This business, the console gaming business, only stays healthy if people are all making money…..Microsoft.

†† Note the cosy use of us, with no mention of the fans whatsoever.

Give us your money

Since the very first Tomb Raider in 1996, the game has been released across all available platforms, as nine new games, numerous bonus levels and expansion packs, reaching millions of gamers, from MS-DOS to PS3. That’s one heck of a track record and equates to more than 35 million games sold across the franchise and little wonder then that the accountants at Crystal Dynamics began to froth at the mouth when a deal with Microsoft was mooted.

Money talks, of course it does, but so does loyalty, which should work both ways in an ideal world. However, Lara Croft has found herself as the unwitting ragdoll whore, in what is the Xbox One vs PS4 battleground being played out in the run up to Christmas 2014/15 and beyond. Rise of The Tomb Raider has been slated for release as holiday 2015 in the US, which gives Microsoft ample time to plan a frontal attack on Sony’s Playstation 4 at the expense of all other gamers who will remain with their PC’s, PS4’s and other platforms or simply can’t afford the $400 price tag for the Xbox One.

A way of life

To get an idea of the love and dedication that Tomb Raider has attracted over the years, it’s worth pointing out that Lara Croft has helped launch young careers, comic books, fan sites, intellectual theses, cosplay events, fan movies, fan clubs and all manner of lifestyle variations, making Tomb Raider more than just a game, but a way of life for many fans. Sites such as Stella’s Tombraiders and Katie’s Tomb Raider Forum have become the de facto sources of news, walkthroughs  and anything related to Tomb Raider over the years and last month, a petition was launched and sent to Square Enix/Crystal Dynamics, signed by more than 14,000 loyal fans, in an effort to persuade them to rescind the decision to publish the new game exclusively on Xbox One, but hopes are not high for a U-turn. 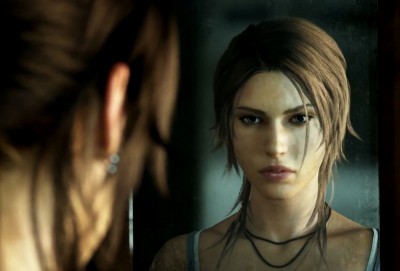 It has to be said that the only light at the end of this dark tunnel is the probability that this arrangement will end up as a timed exclusive, which means that if Rise of The Tomb Raider is released at Christmas 2015 on Xbox One, the rest of us may eventually gain access to it sometime in 2016 or very probably 2017.

Either way, it’s going to be a long wait, so don’t hold your breath.

6 thoughts on “The Rise and Fall of Tomb Raider”