This is the first edition of a weekly series which will feature some of the top tech news of the previous week (or so).

Netflix announced earlier this month that members can create separate profiles for each member of their household. Each family member will see a ‘uniquely personalized experience’ based on their favorite shows and genres as well as their watching habits. With no additional cost other than the basic subscription price, each account can have up to five profiles.

Microsoft 8.1 is coming on October 18th

This week, Microsoft announced that Windows 8.1 will begin rolling out worldwide beginning at  midnight on October 18th in New Zealand (4:00 AM October 17th in Redmond).

The update will be free for consumers already on Windows 8 through the Windows Store. Windows 8.1 will also be available on new devices and at retail starting on October 18th by market.  Among other features, the update is expected to reprise the much missed Start button (or a version thereof). 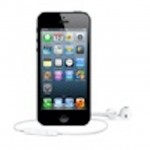 I don’t typically consider rumors to be news but this looks like a pretty safe bet.  AllThingsD reported this week that the new iPhone will be unveiled in a media event on September 10th. Since Apple has recently taken to doing their iPhone announcements in the fall (last year on September 12th), this looks to be pretty accurate.  Also, iOS 7 is expected soon and Apple typically breaks out the new iPhone a few weeks prior to that.  What is not known is whether it will be a single iPhone unveiled or whether a ‘low cost’ alternative will be unveiled as well.

Google released their Android Device Manager. It helps to locate a missing Android device and provides the ability to remotely wipe the phone should it be hopelessly lost or stolen.   Think ‘Find My iPhone’ for the Android world.  Go here for more information.

On August 12th, BlackBerry announced that its Board of Directors formed a Special Committee to explore strategic alternatives.  Its goal is to enhance value as well as increase scale in order to accelerate BlackBerry 10 deployment.  Joint ventures, strategic alliances and a sale of the company are all on the table.

A pretty astounding turn of events when you consider that the BlackBerry was a forerunner in the smartphone industry.   Just four years ago, it’s market share was around 50% and now it is less than 3%.

Out of this World

Mars One, a not-for-profit foundation, revealed that more than 100,000 people have applied for a one-way ticket to Mars.  Mars One  has started the crew selection process this year for an expected launch date sometime in 2022 and arrival at Mars in 2023.    Training will begin in 2015 and continue until launch date.

Not Really News (which is kind of the point)

Amazon’s Jeff Bezos purchase of the Washington Post for $250 million was very well covered by the media.

Comedian and author Andy Borowitz did a satire of this story for The New Yorker.New Yorker, saying that it was all a mistake.  In his article, Jeff Bezos says that he was browsing the Washington Post website and with, an errant click, purchased it for a quarter of a billion dollars.

The Chinese government’s official press agency, Xinhua, didn’t exactly get the joke.  They published a translation of the article, passing it off as legitimate news.

Google is currently defending a class action suit over its automatic scanning of emails through Gmail. Lawyers representing Google have filed an extensive brief defending the Internet giant’s practices, which says in part… “People who use web-based email today cannot be surprised if their emails are processed by the recipient’s [email provider] in the course of delivery. Indeed, a person has no legitimate expectation of privacy in information he voluntarily turns over to third parties.”

This amazing statement from Google’s lawyers has been described by the Consumer Watchdog as a “stunning admission”. Consumer Watchdog’s Privacy Project director, John M. Simpson, has responded via an internal news release, saying…”I expect the Post Office to deliver the letter based on the address written on the envelope. I don’t expect the mail carrier to open my letter and read it. Similarly, when I send an email, I expect it to be delivered to the intended recipient with a Gmail account based on the email address; why would I expect its contents will be intercepted and read?”

I have to agree with Mr. Simpson’s point of view. I suspect most right-thinking people would.