Why people hate it so much is beyond me. It’s much more versatile than its cousin, a little overlaid window on the desktop. I know I am in the minority but I happen to really like Windows 8, and I run a non-touch-enabled desktop PC as my main machine.

If I may be so bold, I would say that Microsoft entered a brave new world by introducing two interfaces in one operating system. They addressed the obvious progression of the mobile device while at the same time keeping in mind the desktop consumer market. A pretty brilliant move, I think.

Now, Windows 9, code named “Threshold”  is in the wind. It will be announced at the next MS Build in April of this year. Windows 8 has barely stopped crying from its initial slap on the derrière. Prominent writers in the technical industry are comparing it to Vista. I think this is an unfair comparison. Lest we forget, without the Vista debacle, Windows 7 would not have come to the fore in all its unrivaled glory. Hard lessons were learned from Vista and Windows 7 was born. In my opinion, Windows 7 is far and away the best operating system MS has ever published. Until now…

The hatred Windows 8 has garnered in the past year has me totally baffled. On my computer, at least, it is faster than Windows 7 and it is certainly more versatile given the Start Screen options. I just plain like it.

If You Hate the Start Screen…

There is still a majority of you who don’t like the Start Screen. If you are one of them, then you can simply make it stop rearing its ugly head. Here are some steps you can take to propel you in that direction.

Get Rid of Unwanted “Metro” Apps

The so-called Metro Apps will generally take precedence over the mirrored Desktop applications of the same name. This is probably one of the reasons the “Metro” Apps got such a bad name in the first place. “Windows” is the Operating System’s name, but in the “Metro” environment, there are no windows. Everything runs in full-screen mode and changing this behavior is not an easily found, intuitive process.

The simple solution is this: If you don’t want them to run, uninstall them.

You don’t have to re-boot your computer nor anything else so drastic as that. Windows 8.1 allows you to select multiple apps whereas Windows 8 forced you to select one at a time. This is a tremendous improvement.

Go to the Start Screen (sorry, you’ll have to use it one more time) and scroll down to the Apps Menu. Right-click all the offending Metro Apps you want to get rid of, then choose Uninstall from the menu at the bottom of the page. Be painstaking. Be careful not to uninstall like-named desktop applications that you want to keep.

You will see a window similar to the image on your left depending on whatever disagreeable items you may have chosen to eliminate.

Breathe a heavy sigh of relief… 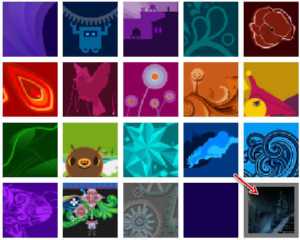 I recently posted an article on DCT about changing the Start Screen background. If you are bound and determined to eliminate the Start Screen from your life entirely, then the article becomes a moot point. If, however, you’d like to personalize it a bit, you can find said article at this link: Windows 8.1 Start Screen Ugly Background Fix

You can find this well-hidden window in the Control Panel under the ill-conceived name “Taskbar and Navigation”.

Once having arrived here, click on the Navigation Tab and have fun.

Check and uncheck the various boxes, click the Apply Button, and see the results. They are immediate. Once again, no re-boot is necessary.

If you feel that all your changes are complete and have made you a Happy Camper, hit the OK Button to close the window.

You may do this as often as is needed to placate your disdain for the Start Screen.

I know this is going to really make you angry, but we must once more take the inevitable trip to that Dark Place known as the Start Screen.

Drill down to the Applications Menu once more, and Right-Click all the applications you’d like to see on the Desktop Task Bar.

In the menu at the bottom of the screen, choose Pin to Taskbar.

Change Which Applications Are Used by Default

Another consideration would be to choose which applications are used by Windows 8 as the default choice. This can be a somewhat tedious task but it is also most rewarding.

You can get here using the Control Panel and choosing the Default Programs link from that list. This particular window gives you so many tweaking opportunities that I can’t cover them all here. I will leave it up to you to explore the various options and “fix” things to your liking.

One thing I would immediately suggest is to change the default applications that Windows 8 uses to open certain types of data files. Let’s say you have a favorite music player, or video player that you would prefer Windows uses instead of Windows Media Player, for example. Here is where you would make that decision permanent as far as Windows is concerned.

“Permanent” is not synonymous with “etched in stone”. You can change these settings at any time, solely dependent on your current whims.

AutoPlay is another point of interest for me. I have never liked when Windows starts running a program or opens a file simply because I have plugged in a USB device. There are security risks involved here as well. Think about it for a moment. A friend gives you a thumb drive with this great music on it. It turns out that the device is contaminated with a virus of some sort. With AutoPlay enabled, Windows will happily run anything on that device. Immediately. Oops! Too late… You’re infected. Automatically convenient. Automatically devastating.

Shuck the AutoPlay and opt for some Control.

I have only scratched the surface when it comes to configuring and personalizing your Windows 8 experience. The sheer number of choices is astounding and I must once again resoundingly state my support for Windows 8.1.

That’s my story, and I’m stickin’ to it,