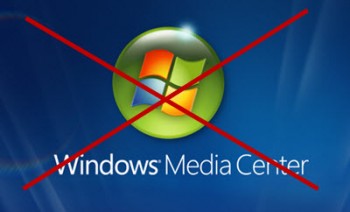 In fact, according to Microsoft, Media Center is not compatible with Windows 10, and that means anyone who upgrades from Windows 7/8/ and 8.1 who has Media Center installed will lose it, it will not be carried over during the upgrade.

Those who use Media Center’s full blown features for streaming, TV, etc. will need to look elsewhere for their Media Center fix. Fortunately, there are several viable free alternatives available including Kodi (formerly XBMC), and Plex (which is a 2-part sever and player install).

However, I am assuming that the majority would be similar to myself and only using Media Center to play DVDs and/or Blu-ray discs, and that is an easy fix. I’ve been looking into popular media players’ ability to play back DVDs and the only one I could definitively confirm includes this function is VLC, which of course is an excellent player anyway.

How To Play DVDs in VLC

Click Media and from the drop-down menu select Open Disc: 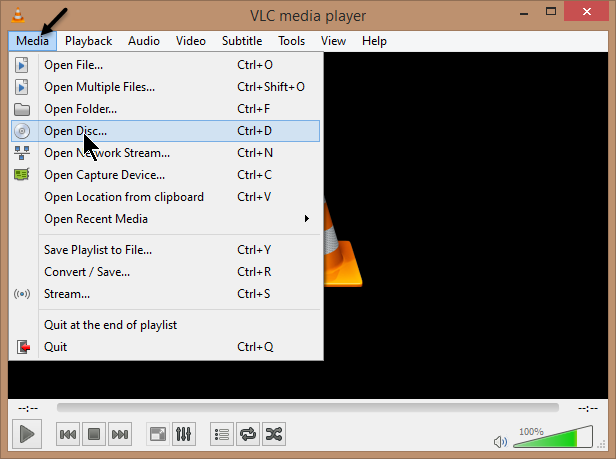 (as you can see from the above screenshot, the keyboard shortcut Ctrl + D will also bring up this function)

This will take you to a settings window: 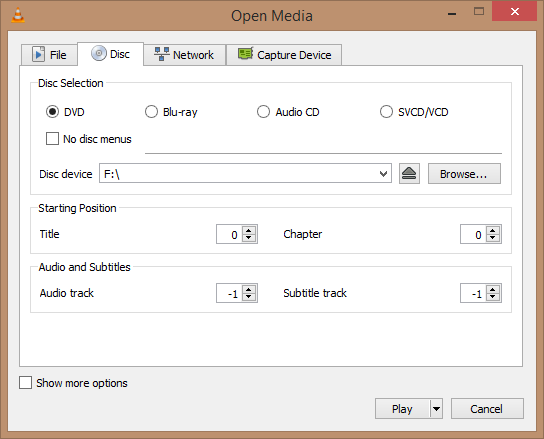 You only really need to worry about the top half of the settings –  select disc type and disc device (most will have only one ROM drive). Once you’ve completed your settings, simply click the Play button and away you go.

If you know of any other free media players which support DVD/Blu-ray playback, please inform us via the comments.

3 thoughts on “Windows 10 Sees the End of Media Center”