Comments – pleasure or pain? Do you post them, do you read them? 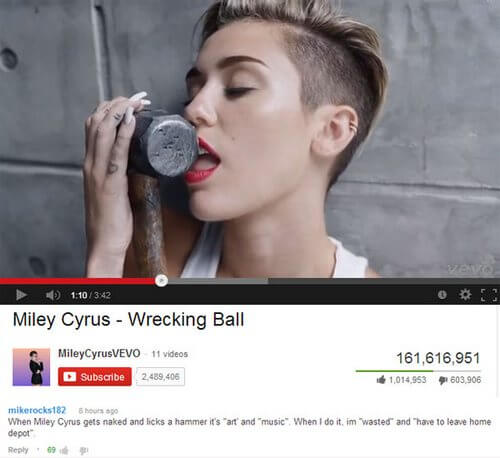 OK, I made that last part up but you get the drift, and the internet is a weird and wacky world which some see as being largely inhabited by small hairy trolls who hide behind a silly avatar, ready to pounce at a moment’s notice. There may be a milligram of truth in that, but generally speaking, most people take inane comments with the dollop of salt they deserve. Having said that, some studies have suggested that 75% of internet comments are made by men and further studies suggest that social and behavioral influences dictate this statistic, such as girls not speaking up in class and that the internet is a misogynistic den of knuckle-dragging neanderthals. I don’t prescribe to that point of view very much and without wishing to incite a battle of the sexes, I can distinctly remember being beaten to the Victor Ludorum by a girl at school who was never afraid of speaking up in class, could run marginally faster than me and was always top of the class, but maybe that’s just me trolling my own article now.

Oh and before I forget, the article I read which referred to the lack of women commenters (sic) had no comments at all, which I thought was savagely ironic, just saying.

Well do you? I don’t, mainly because I haven’t joined the Twittersphere as yet, but if I did, OMG I’d be lolling my *ss off and when supping a pint in my local pub, I’d be desperately  hoping that I didn’t have a conversation like this one:

Lol, I friended you at the hashtag singles bar and you stole my girl (sad face) and it hashtag sucks etc etc

That is of course if you can prize your opposite number’s cold, dead hands hands away from their iPhone for just one second, but of course I digress and am in danger of hating on #Apple gadgets and getting all #bitter and twisted. See what I just did there? It’s also worth pointing out that whichever dictionary I’m using in Chrome, doesn’t appear to have been updated since the days of Dickens, but to its credit, doesn’t see friend as a verb, which speaks volumes for what we internet users have done to the English language. Which reminds me of something you really need to know, that chatear, twittear and Googlear are now officially Spanish verbs, I kid you not. Grammar Nazi that I am.

Hashtag of the day:  #DogsAtPollingStations 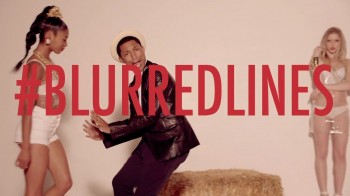 Playground of course being an apt description of YouTube (odd that Chrome recognises that word straight away) in every sense of the word and I’m pretty hooked on it like most of the rest of the population of the world. Possibly my favourite videos are game related and especially the Angry Joe video game reviews, when one can sit back, relax and watch the fun as PC and console fanboys square up and lob sticky bombs at each other from behind the parapets. Many of the comments are heartfelt and expressed with real feeling, with the odd # thrown in for good measure, amongst the numerous suggestions for others to go forth and multiply; more expressions often ending in bitch! with attached pronouns thereof and numerous others referencing anatomical areas of a female nature. But then you already know all this don’t you? And you also know that the comments section is a smorgasbord of parody, razor sharp wit and put downs to rival even the supreme master, Winston Churchill himself.

Which is why the comments section of almost every page on the net is such a rich seam to tap into as a doorway to the minds of those who comment. You may find them a tad bitter to digest first thing in the morning and prefer to get your mates over with a crate of beer later on, because seriously, some comments are off the scale and may require regular infusions of 6X to give you that happy glow.

Take a look at Meghan Trainor for example, feeling all happy and shiny about the bass, ask yourself what message, if any, she’s trying to convey and then stand back from the flames. 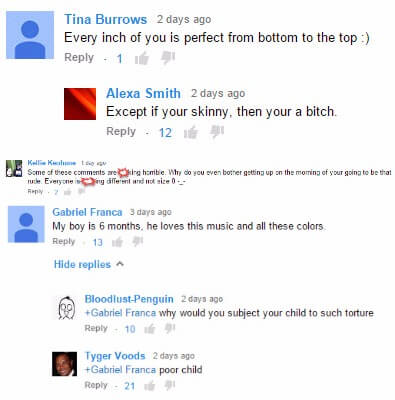 What’s the point of leaving comments?

I read the online newspapers published in Argentina almost every day. Believe me, they take no prisoners and to their credit, haven’t pussied down to the level of the once mighty BBC, who issue safety warnings on their videos as if they think their readers are either constantly on the verge of suicide, still wearing nappies (diapers) or forgot their daily dose of Temazepam. I mention this because most online news outlets allow comments on almost all their articles (except the pussy BBC), which in my opinion is an admirable antithesis to censorship and should be encouraged and not over moderated, if of course comments haven’t been farmed out to Facebook or Google+ already, that is. However, like many people, I live in a polarised political landscape and it’s all too easy to spot the glaring agendas of many commentators when for example, they jump on a story of natural disaster and veer off on a hyper tangent, postulating that the said act of God was in fact the fault of that damned president or some other hapless politician. Amusing at first, for a split second or two, until the fun factor wears wafer thin. But just remember that before the net came into being, sections such as this were known as Letters to The Editor and if you fell into line with the editor’s views, you stood a pretty good chance of getting your letter published, which is a far cry from what we have today. 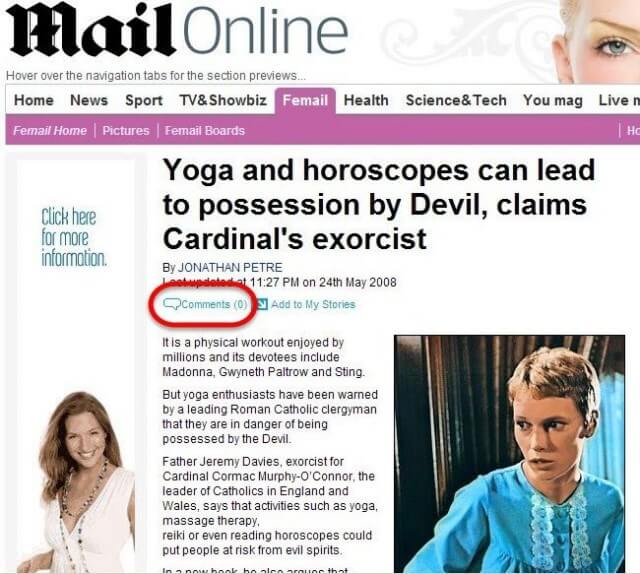 On the other hand, articles like this one from The Mail Online (which I avoid) are not only click-bait and appealing to the lowest common denominator, but are designed as a harvester of comments, which fall face first into the dust as hot air with no substance, hence the zero comment count. As I write this in fact, I’ve just read a piece by La Nacion here in Buenos Aires, that gives an excellent résumé of the British general election taking place today and I couldn’t help scrolling down through the comments (which are often hilarious over here, which is why I’m a comment junkie) and found this little gem:

Whoever wins, they’ll always be the pirates as they have been for centuries….

A tidy and predictable dig at the Falklands issue and the sort of comment that will appear habitually, in abundance and with little to zero moderation, because it’s a popular comment within the context and country it was made in. On the other hand, you may come across an article or video rampaging against the latest NSA snooping episode, only to find a comment from some misguided soul asking what it all has to do with Scientology.

I’ve written one or two articles here at DCT and as a writer, it’s always a pleasure to read each and every comment an article attracts, whether positive, negative or neutral, as they add flavour to the original article and let’s face it, a news article isn’t a novel or a work of art; it often needs a response in some shape or form.

However, if you to go down to the beach today, you’re sure of a big a surprise….

A story like this one is crying out for a stream of comments, not because it’s about sex and its tawdry content, but the fact that children and a sentence of 15 years were mentioned, so I can’t stay here any longer, I’ve got some lascivious comments to pour over.

7 thoughts on “What Are You #Looking at #Bitch?”