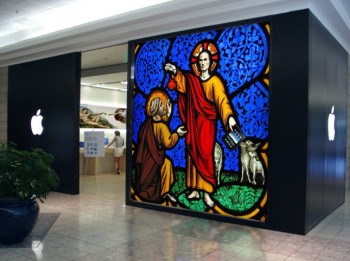 First off, I don’t use any Apple products. I neither own an iPhone, iPad or any other gadget that is iBranded. Not that I’m bitter and twisted; it’s partly through choice, partly through simple economics, but mainly because of a deep seated aversion on my part to mass hysteria and blind devotion, the reasons for which I suppose would require endless sessions reclining Woody Allen style on the sofa of some overpaid West Coast pshrink if I thought about the subject that much. But I do you see; I do think about Apple, not when I’m dreaming fortunately, but when an Apple launch is announced or a communiqué is released announcing that they are about to enter the auto or wristwatch manufacturing industry or such like. Actually I’ve just remembered that I did once own an iPhone 3G, which was given to me second hand by my daughter who had moved up to the latest version of the time, thus beginning and ending my love-hate relationship with that particular shiny thing. 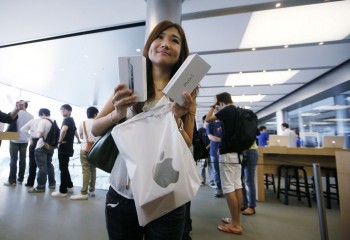 I’m inspired by Judy’s recent article in which she managed to cram into a few words, a mine of information and breaking news relating to the great iBrand in the sky, much of which I didn’t even realise was happening, which is why it was such a fascinating article. Thousands, if not millions of articles have been written about Apple Inc over the years, not to mention biopics, documentaries and everything in between, which is hardly surprising, since Steve Jobs was a legend whilst alive and possibly more so since his untimely death. It’s hard to imagine a single person who has transformed a philosophy into an idea, and thence into objects of love and devotion, in the same way he did. 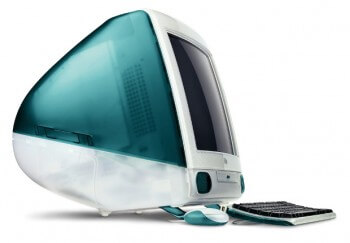 The original iMac is arguably the spark that helped pull Apple from the brink in 1998 (with no small amount of credit to Jonathan Ive of course), which was later followed by iPod and iPhone, the latter being the killer product that took Apple and its followers to a whole new level of awesomeness. But I’m not here to write about the history of Apple, others do that far better than I. What is intriguing is the belief system that has been created around Apple and its products, that no other company has come close to emulating. When you mention Apple and Microsoft in the same sentence for example, the oxymoron is evident. Yes, they both create technology in the broad church we know and love, but the similarities end there, very abruptly. 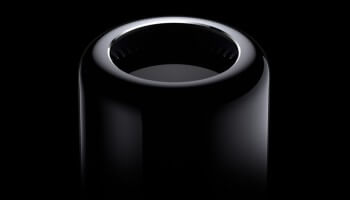 I remember going to a Microsoft event in Birmingham many years ago, where they were launching Windows XP and thinking back on it now, I can’t remember feeling the love. No, it felt more like a Toys Я Us symposium and I was simply an observer hoping for a freebie. That’s not because the Redmond giant wasn’t offering something new and exciting, it’s just that you didn’t feel inclined to put XP in your pocket and skip gaily home to show all your mates. When was the last time you drooled over an operating system? I never did, but I have certainly gawped in awe and wonder at the sheer beauty of a shiny Apple thing as would a small child on Christmas morning,which is exactly why Apple has captured so many hearts by seamlessly merging beauty with function.

A thing of beauty is a joy forever….

Apple events, also known as keynote presentations are highly anticipated events that go way back to 1983 and the now famous Orwellian, 1984 advertisement directed by Ridley Scott.

I’ve watched many of these events over the years and it’s clear that Steve Jobs is a hard act to follow. No surprise then, that the  audience hangs on his every word as he oozes total and utter belief in what he’s saying and presenting on stage. You wouldn’t have to be a card carrying Apple disciple to be caught up in the magical and almost child-like enthusiasm of the man as he shows you stuff you never even realised you needed. He sends forth an aura of evangelism and passion that isn’t pretend or false; it’s totally real and his followers believe him without question. On the other hand, should you perchance come across an Apple presentation by Gil Amelio or John Sculley, you’ll be rewarded with a snooze-fest with about as much charisma as The Wall Street Journal. 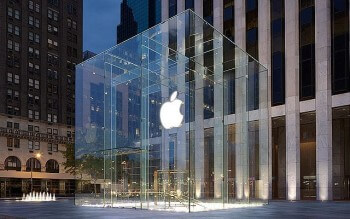 Memes, theses and all manner of tomes have been penned on this subject and many conclude that it’s a faith that we ourselves have created around Apple, but with major benefits over other faith based religions. For example, worshiping at the house of Apple is not the dangerous and theoretical pursuit that can get you killed by stoning or crucifixion, invited to march off and join fundamentalist groups with stone age ideas or be gassed and burned for practicing Judaism. No, I would argue that, by contrast, with the house of Apple you at least get something in return for the time and energy you invested in worshiping there. There are no preconditions, except maybe adequate credit available on the plastic; no one expects you to abstain from carnal relations when spreading the good word and you won’t be encouraged to wallow in guilt when indulging yourself in the pursuit of shiny things. 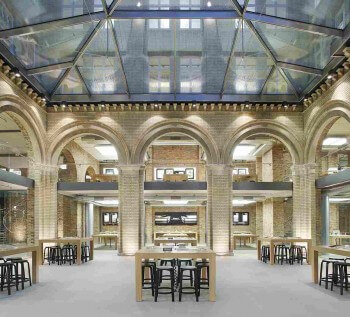 Apple now has 453 stores in 16 countries, employing 30,000 people in the United States alone, with global sales of US$16 Billion in products during 2011. On product launches the queues often begin to form days before the event, such is the anticipation and unbridled fervour of Apple followers to get their hands on the very latest shiny thing, be it an iPhone, iWatch or the very latest, lightest and thinnest Macbook. And who can blame them? News stories abound of delirious customers leaping and hopping with joy as they are thronged by fellow Apple disciples, clutching their new products in those immaculate white boxes. Watching scenes such as these is reminiscent of what you might see in some Baptist church ceremonies in the deep south; a sort of laying on of hands if you will, a rite of passage where you truly are amongst fellow believers. Can a product change your life? According to many owners of Apple devices, yes it can. Many is the time I’ve heard this said about iPads in particular and if they say it has changed their life, who are we to argue with them? I would venture that my motorbike has changed my life, but that’s an entirely different religion isn’t it?

If God didn’t exist, it would be necessary to invent him.

Many of the stores resemble places of worship, cathedrals even and I would imagine that visiting one on a quiet Wednesday afternoon, when it’s raining outside and you should be working, would be an almost spiritual experience, allowing you to connect with the whole Apple experience which, one has to assume, is the whole point, and by the end of the journey you will probably be craving. 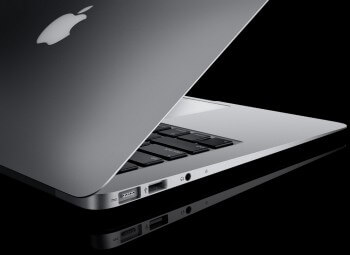 Whatever your views on the consumer society we live in today, it’s difficult to argue with the intrinsic beauty of every single product to leave the drawing board of Jonathan Ive at Cupertino. If you glance at the Macbook in the above photo, what you see is simplicity and above all, craft. I don’t own a single one of the many shiny things that Apple crafts, but I do understand the entire philosophy behind Apple’s designs and I connect with it, not because I’m a nerd or a techie, but because it touches a happy part of my brain and I truly appreciate great design. Neither have I ever attended a product launch or keynote address; I’ve never queued round the block in the rain or camped out on the pavement, much in the same way that I’ve never stood in line to get into a trendy restaurant or nightclub. I simply couldn’t do that, because the reward would probably be totally inverse to what I was expecting. Unlike an Apple product, where that inverse rule doesn’t apply and followers get what they expect and probably more.

Is Apple a religion? To quote University of British Columbia’s Dr. Kirsten Bell:

A stranger observing one of the launches could probably be forgiven for thinking they had stumbled into a religious revival meeting.

Or to quote some wag commenting on a recent Apple editorial:

You see, most Apple devotees probably couldn’t give a monkey’s whether they’re labelled religious Apple fanatics or that they’re devoted worshipers at the church of Apple because they believe anyway, have partaken at the altar and shared the love. For my part, I may not be a convert, but I’m certainly a believer.

8 thoughts on “Why Apple is More Than Just a Religion”