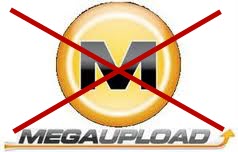 On January 20th we reported the closing down of massively popular file sharing site MegaUpload by US Federal authorities – you can read that full story HERE. Repercussions within the industry were almost immediate with many similar file sharing sites subsequently removing all content which could be deemed in violation of copyright laws.

Now it appears those who utilize MegaUpload for legitimate purposes are to be hardest hit. Millions of users who store their own personal data with MegaUpload have been denied access to their precious photos, documents, etc since the shutdown took place. They’ve been holding out hope that they would eventually get their data back, but that now appears highly doubtful.

Apparently, MegaUpload pays outside hosting companies to store the data and, because the Government has frozen MegaUpload’s assets, they are no longer able to meet their financial obligations. So, not surprisingly, the hosting companies are reportedly beginning to delete all the data stored from MegaUpload customers. Naturally this news has infuriated MegaUpload users – Pirate Parties International has begun compiling a list of affected users, obviously with a view to filing a class action lawsuit. This is what PPI had to say:

The widespread damage caused by the sudden closure of MegaUpload is unjustified and completely disproportionate to the aim intended.

For this reason Pirates of Catalonia, in collaboration with Pirate Parties International and other Pirate Parties, have begun investigating these potential breaches of law and will facilitate submission of complaints against the US authorities in as many countries as possible, to ensure a positive and just result.

This initiative is a starting point for legitimate internet users to help defend themselves from the legal abuses promoted by those wishing to aggressively lock away cultural materials for their own financial gain.

I must say I feel enormous empathy for those users who stand to lose all their data. Some might say – ‘they should have backed up’ – and I guess that is a valid response. But those sorts of comments are not going to help the situation now, hindsight is 20:20 vision. It seems to me the US Federal authorities have acted in a rather heavy-handed manner with very little thought of consequences and certainly no regard for the massive collateral damage.

I hold a degree in Commercial Law and when I first read about all this my immediate reaction was that it had ‘class action’ written all over it – that would now appear to be inevitable. Although, you and I might never hear details of the outcome, I’ve got a feeling this is one which may well be resolved behind closed doors.