If you’ve watched the phone wars from the sidelines over the last several years, then you probably remember a time when Blackberry was a force to be reckoned with. It permeated the business market with its security, mobile productivity, email push, text messaging and that lovely keyboard. Soon regular Joes like me were using Blackberries and then, BAM! – The iPhone came along.

So, much as Blackberry evolved when it was popular, it began pushing out the wrong phones with small screens and lousy browsers and worst of all, no great native apps or app quantity in general. Apple and Android kicked Blackberry to the curb. Even business folks, the most loyal of the ‘berry users, began to let go. 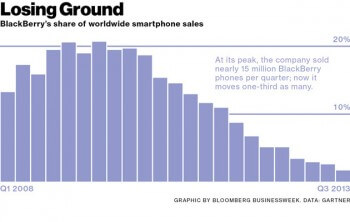 As summed up in a comment to an interesting Bloomberg Business article, The Rise and Fall of BlackBerry: An Oral History, Blackberry went the way of other companies not paying attention to their competition:

I personally have owned three Blackberries and even invested in their tablet version, the Blackberry Playbook, because I was so enamored of the brand. My last ‘berry was a Bold 9930.  It had a touch screen, a track button, and a keyboard. It wasn’t until last year when I finally moved on to Android (HTC One M8) because of the better app selection, and because native Blackberry apps were seemingly inferior to the same apps on other platforms. With that said, I knew I would miss the keyboard (swiping text is insanely annoying), the track button (which worked better than a fat old finger trying to land on links), the compact size of the 9930, and the security. I still do.

The supposed pitch is this: An attractive slider phone offering up the best of Blackberry and Android either in one version or two or with some Android influence combined with the Blackberry Hub or with a full version of Android and possibly offering a green button on the front that lets you communicate with Martians at will. Basically, there are too many variations to mention at this point. Still, the device itself looks interesting. I always thought my Blackberry looked sharp and unique when I had one. 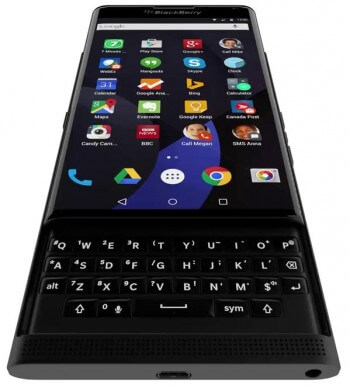 Is this the only way for Blackberry to get consumers back?

Personally, I had always wanted Blackberry to keep its own OS and just get developers on board with the apps. That never happened.

As someone who once loved the brand and the many Blackberries I owned, I wouldn’t mind seeing a comeback (via the Android connection) although I doubt it’ll happen. Too many times in the past Blackberry has tried to resurrect its once renowned glory and foothold in the smartphone arena. Too many times it failed. Perhaps this Android/Blackberry rumor is just that and was dreamed up by a sad, old Blackberry loyalist like I used to be.

Regardless, I’m thinking it would be kind of cool beans keen to bring a little more competition back to this smartphone game, even if they have to go THERE.

2 thoughts on “Is Blackberry Mixing it Up with Android?”