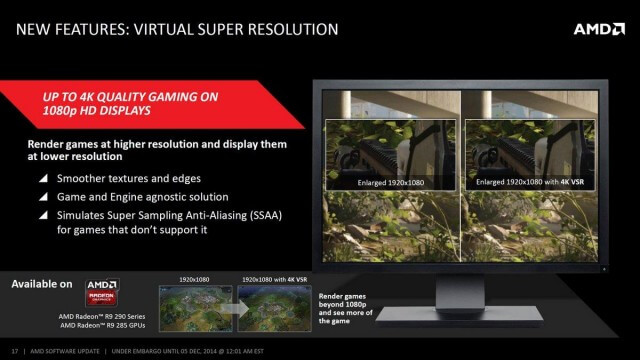 Downsampling is running a game at a higher resolution than the native resolution of your monitor, which is then rescaled or downsampled back to your native desktop resolution. For example you could change the in-game resolution settings to 2560 x 1440, which would then be downsampled to your monitor at 1080p. What this achieves is a sharper image with clearer details and can be implemented with many Nvidia and AMD video cards.

In fact, depending on which GPU you have installed, it’s possible to achieve 4K (3480 x 2160) resolutions on a standard HD 1080p monitor with downsampling. The main downside being quite a hit on performance, but this is largely down to the specifications of your GPU, CPU and memory configuration. 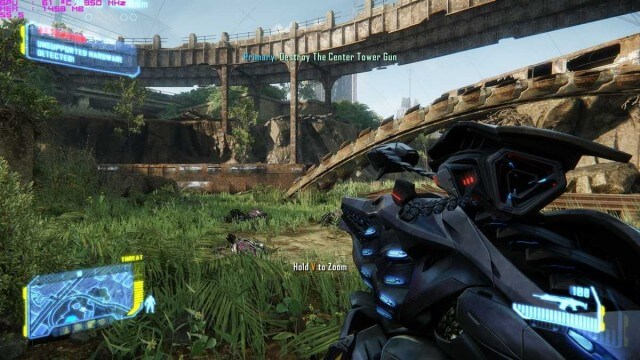 This is a screenshot of Crysis 3 downsampled from 2560 x 1440 on a Radeon HD 7950, which isn’t taking too much of a hit on performance and achieving a respectable 55 FPS.

With Catalyst 15.7.1 AMD have now added VSR to a wider range of GPUs as you can see from this table: 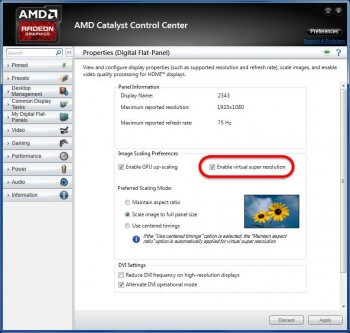 By enabling VSR, higher resolutions will become available both for your desktop and games, however I wouldn’t recommend setting your desktop resolution higher than native as it will be very difficult to read what’s on the screen. In Tomb Raider, I was able to set the resolution to 2560 x 1440 with all other settings maxed out: 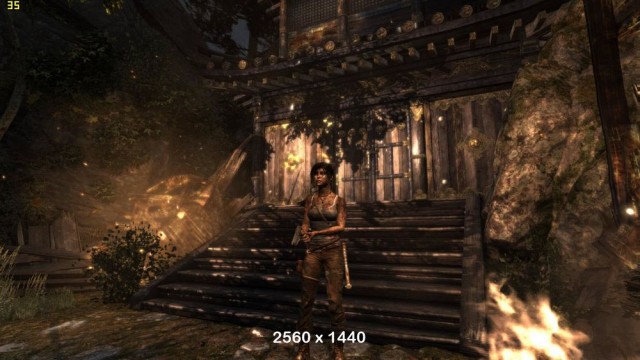 That’s a hit of about 10 fps which is still playable, but anything below 30 fps in some of the action scenes would result in some very significant lag or movement judder. As a general rule of thumb it’s best to set anti-aliasing to minimum when downsampling at very high resolutions since the process itself more or less eliminates the jaggies that anti-aliasing does anyway.

Nvidia’s Dynamic Super Resolution is available on a much wider range of hardware from the GTX 470 and upwards. The utility can be accessed via Nvidia Control Panel by right clicking on the desktop: 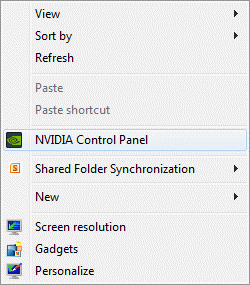 Once in the control panel, navigate to Manage 3D Settings and click on DSR Factors which should reveal a drop-down of multiples which can be used.

Note: There is a bug in the software in that the drop-down won’t appear unless you disable snap-to default button in mouse hardware properties: 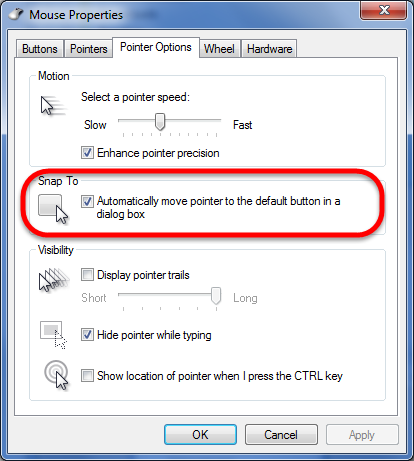 It’s surprising that Nvidia hasn’t eliminated that bug, but once you’ve got the drop-down on screen, there’s a whole host of options available to you. Much more than those offered by AMD’s VSR in fact. 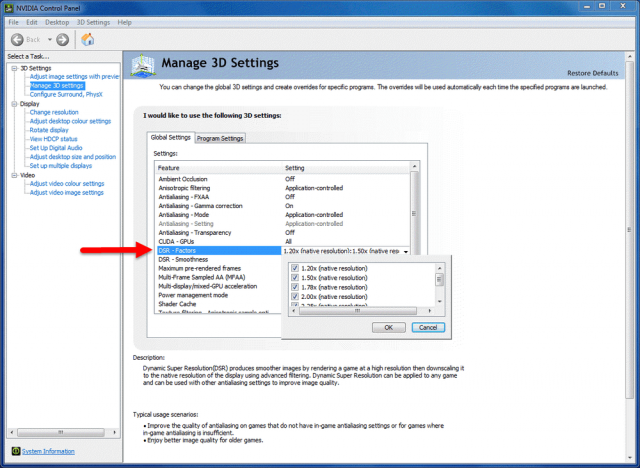 As you can see, the choices available are from 1.2x to 4.0x native resolution and what the software does is make these factors available for you to select at the in-game graphic options screen. Most leave the DSR Smoothness at 33% which is the default setting. Using Crysis 3 as a test, mainly because of the highly demanding nature of the graphics, I ended up with a pretty mixed bag of results.

In- game performance will vary enormously depending on your rig configuration and with my setup of an FX8320, 16Gb ram and a GTX 970 4Gb, I was certainly pushing the boundaries with downsampling. 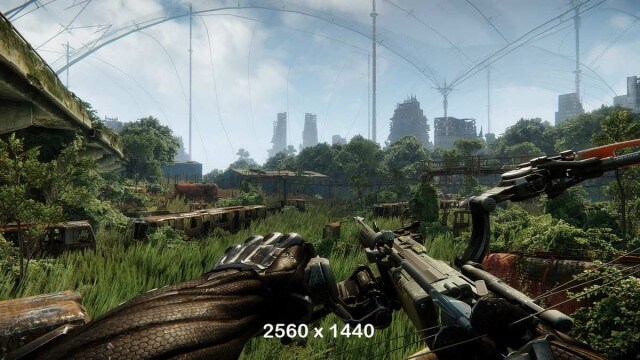 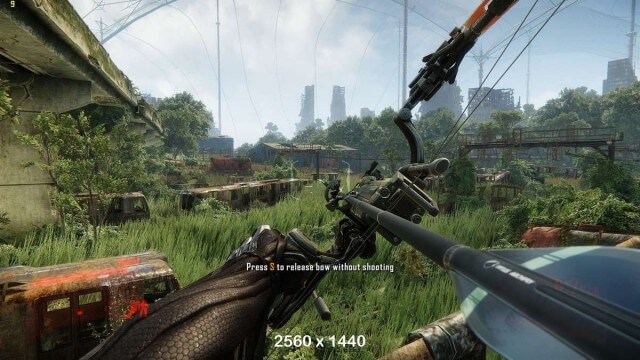 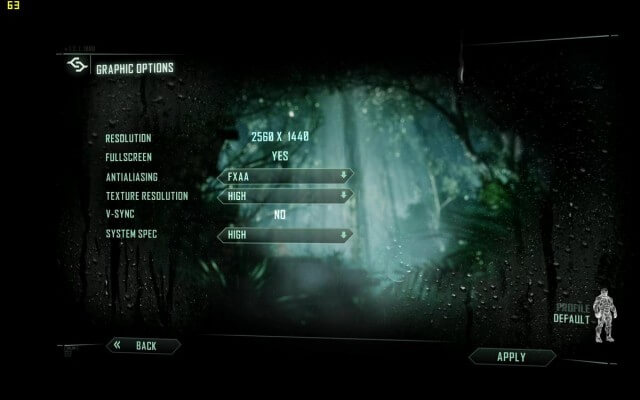 There’s no doubt that downsampling at crazily high resolutions will make your games look fantastic and the detail will jump off the screen. However, all this wonderful eye candy comes at a very big price performance wise. I’ll play with it occasionally, but what VSR/DSR really need are GPUs in Crossfire or SLI, ie more than one GPU in the same PC. Or better still, a monster card like the  GTX Titan X or a Radeon R9 295 X2 if you have the money to burn.

Yes, the visual quality improvement is noticeable, but it’s not an absolute game changer and if it means the difference between getting my head blown off or staring at the gorgeous scenery, I know which I’d prefer. 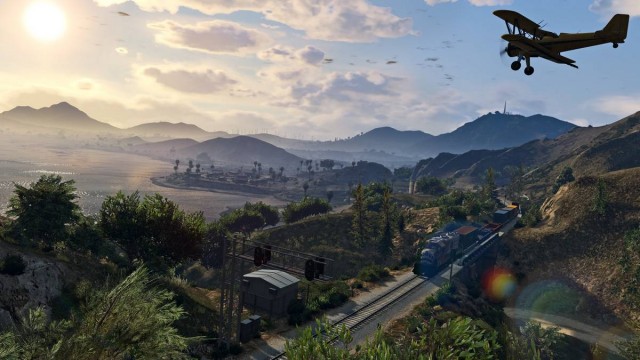 2 thoughts on “How to Use Downsampling in Video Games”