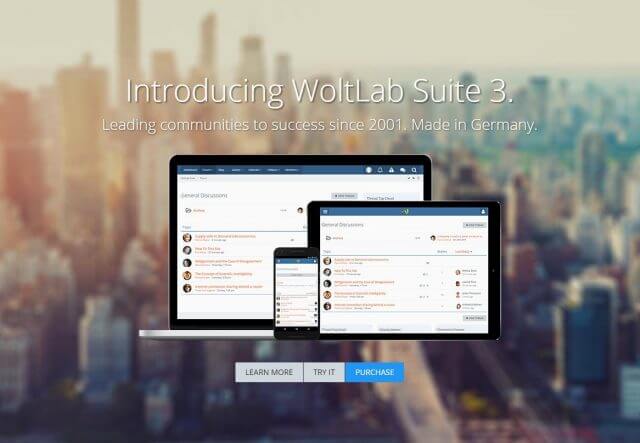 Ten years ago I was banned from an expats forum for belligerence in the face of Soviet style moderation and mercilessly left to wander the empty corridors of the internet without a community I could call my home. Fast forward five or six years and I managed to sneak back into said forum, heavily disguised as a law abiding member of their community, but was eventually unmasked and banned until the end of time. Anyway, the rebel in me could never quite accept the censorship and red flags imposed on my posts and so I then set up my own forum on the cheap and began to recruit (read poach) members from the dark side to join my new rebel gang. The big problem with cutting corners and saving shekels is that you’re never quite sure when things will go belly up– and they did, more frequently than I can count. In fact, a couple of weeks ago my four year old forum went down completely and the hosting company made it practically impossible for me to make contact with them, so I took the plunge and started a brand new forum, hosted elsewhere. In fact, on reflection I would say that it was a blessing in disguise and prompted me to start from scratch with new forum software and a hosting company with a proven track record I had used before with little to no downtime.

I was introduced to Godaddy back in 2007, having written my first novel and I needed a website of sorts to push the book out. At that time, a friend did the donkey work, but this time and with more experience, I decided to forge ahead with the setup on my own, particularly since the mechanics of web hosting have become so much simpler over the years. I might add here that I’m not affiliated with Godaddy in any way and am using this company purely by personal choice and previous experience. 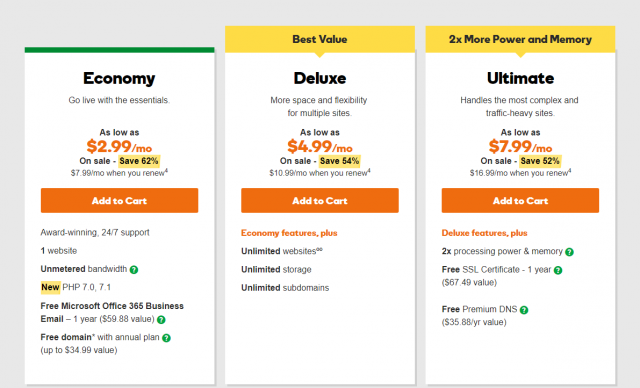 My first port of call was their hosting page where I went for the Economy plan (Linux) with free domain and email. Once I had decided on the domain name (I went for the two year package) and the payment had been sorted, it was simply a question of setting up passwords, email addresses for the new domain and sitting back in the warm glow of knowing that I now owned a little piece of Internet real estate. I was also delighted to see that a database was included (I had to pay extra previously), full support for the latest protocols and the storage space/bandwidth are impressive.

But what about the forum software, I hear you ask? As some readers may know, I’m a big fan of the Half Life series of video games and some time ago signed up to the Black Mesa community forum. I was immediately struck by the quality, presentation and slickness of the forum software and admired it from a distance every time I signed in, wondering if it would be possible to use a similar theme in my new forum. 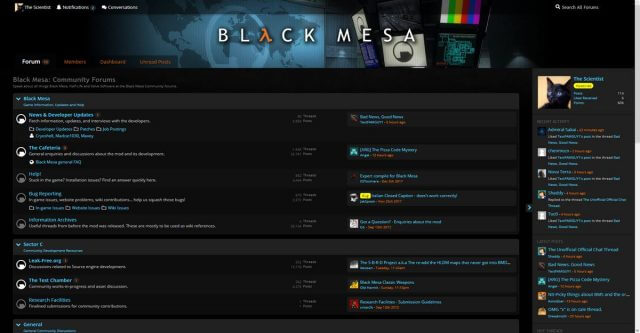 The dark theme itself isn’t for everyone, but if it could be re-skinned with a brighter look using the right software, it would certainly be worth consideration. In the meantime I looked around at available community software, both free and paid, knowing that I wanted to make a break-away from Simple Machines Forum (SMF) software and perhaps use something a little more exotic. I had never had a any issues with SMF, which is regularly updated, easy to use for a novice and above all, is free of charge. There are numerous forum software packages available, both free and paid and I looked at practically all of them:

In the end, and since I was prepared to shell out a few groats from my PayPal account that I might otherwise have spent on more video games, I decided that WoltLab offered the most attractive package of cost and content over IP Board and XenForo for example. Furthermore, I wanted to manage the hosting arrangements myself through Godaddy, which I had already set up, rather than go for an all-in-one package. There was also the added factor of urgency since my existing forum was down and I needed to get a new one up and running sharpish so that I could let the loyal, existing members know as soon as possible. It’s worth mentioning here that I’ve written a DCT article on mailings to forum members, which you can find here.

Having acquired the necessary installation files from the software provider of choice and saved them in a convenient location on the hard drive, the next step is to upload them to where the new forum will be hosted. This is done through cPanel, which will be found in the management page of your hosting provider.

cPanel is an online Linux-based web hosting control panel that provides a graphical interface and automation tools designed to simplify the process of hosting a web site. 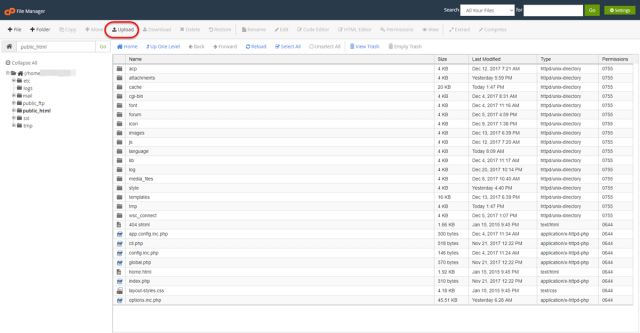 In my case, once I had uploaded the files to the default directory (usually public_html) of my newly acquired domain, I opened the path for the install in my browser, ran the test file to make sure that the hosting package met all the requirements and the forum software installation proceeded from there. 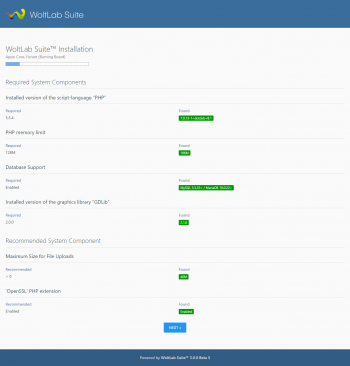 It’s worth mentioning that the test and install files are usually removed following a successful installation, as they are no longer required. 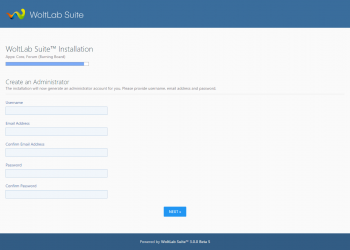 You will be prompted at various stages of the installation for usernames, passwords, directory paths and when the process (which in my case took less than five minutes) has completed, a reassuring confirmation box appears.

At this point I was rubbing my hands together, eager to get on with the enjoyable tasks of creating forum boards, personalising the theme and letting people know that the new forum had come into existence. Also, since I still had access to the cPanel admin page of the old forum, I was able to put a redirect in place so that disappointed forum members wouldn’t be staring at a blank screen with a dreadful 404 error message staring back at them.

Having established yourself as administrator of your new forum, you’ll need to find your way around the software and create forum boards, otherwise your members won’t know where to post. As most forum software will look different, the basics are all pretty much the same and most forums begin with a category, with other boards and child boards emanating from there. In my case, I wanted to keep things simple, so I created five categories with numerous boards showing down the tree. Below is an example of the categories in their collapsed form.

Most good forum software will give you (and the users) the option to collapse and open boxes on the landing page. I find this very useful as it can clean up and compact the page depending on one’s personal preferences. Below is an example of some categories opened up. 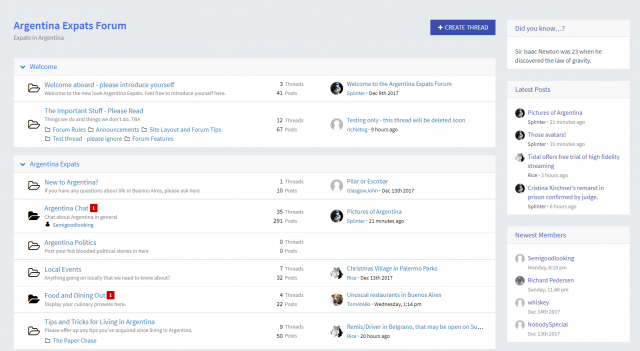 You can of course create as many categories and boards as you like; there isn’t really a limit and it all depends on the subject matter of your forum. However, I decided to keep things simple, preferring to add more boards as the forum grows organically.

Most of the forums I’ve joined over the years have had very little presence in social media and vice versa, for a number of reasons. Many people join forums because the information they share with other members could be highly specific. Added to which, a kind of etiquette exists on forums that perhaps isn’t quite as happy camper and public as it is in say, Facebook. Besides, what you post in a forum isn’t immediately visible to the entire world as search engines need to find it. However, I decided to use social media such as Facebook and Google+ for the tools that they are and needed to get word around that my particular brand of forum exists. 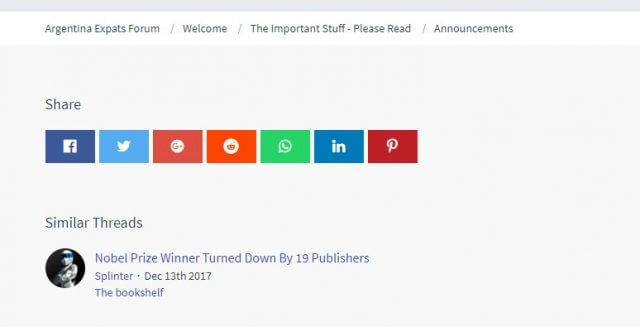 Member registration in your forum is a process that should be simple yet secure and it can be made easier by adding social media third party registration buttons, which enable new members to join the forum simply through their existing accounts elsewhere such as Google or Facebook. I’ve joined many forums and discussions on other sites using this method rather than going through a long and sometimes tedious registration process. 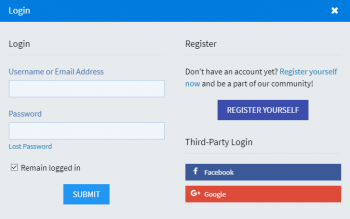 One can’t ignore social media today and no matter how banal it may appear to many of us – think cat memes, sentimental proclamations, etc, that’s where the action is and for a new forum to build up, it’s presence should be known and be reachable by as many potential members as possible. However, my old forum was plagued by sign-ups from spambots, mainly of the Russian variety and in spite of adding two security questions, plus a captcha, they still got through. This time I’ve added the re-CAPTCHA security measure for registration, which is significantly easier to use than typing in those irritatingly illegible numbers and letters.

Improve Your Forum With Plugins And Themes

Unfortunately you can’t satisfy all of the people all of the time, so I decided to apply a pleasant, bright theme and make it the default for everyone. This may appear as a contradiction in terms, but as an administrator it simplifies matters considerably as individual themes will require setting up. A lot of forum software will allow users to set their own theme and perhaps I’ll enable that later when I’ve become more accustomed to the back-end. It’s important though, to make the forum easy to use and small details such as a back to top button, collapsible boxes and easy-to-find forum categories are just examples of how to make life simpler for new members. I really don’t go along with all that crap of forcing the first five or even ten new member posts into moderation and neither do I believe in any kind of over-moderation whatsoever. I leave that to those who really feel that they need a power trip. 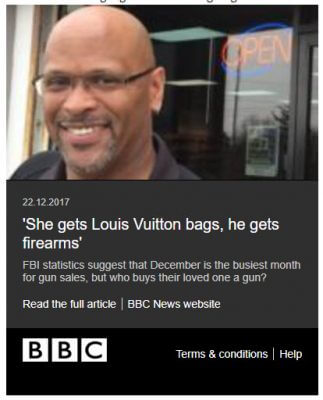 The plugins I’ve added are:

I particularly like being able to post an external link to say BBC News, CNN and others, where that link shows up as a preview with some teaser text as it gives so much more than simply a textual link, as can be seen in the above picture.

Finally, and knowing that I can’t please everyone, I decided to maintain a clean, easy-to-use layout with stand-out notifications and which I’ll probably tweak from time to time, adding features, without changing the aesthetic identity of the forum. Of course, the ongoing task of attracting new members will be largely down to me, but is also a collaborative effort with the other members.

If you would like to see how my new forum has taken shape, go to Argentina Expats and perhaps let us here at DCT know of your experiences in this field.

4 thoughts on “How To Set Up A Community Forum”