Dave Hartsock. He is the man behind the scenes who started it all. He hails from the great Hoosier State of Indiana. A most kind and generous man in my estimation, and his DCT Bio reads as follows:

“Executive Editor/Owner/Admin of Daves Computer Tips and all-around good guy – Dave’s interest in computers began in the early 1980’s during the Apple II era. In the early 1990’s the PC began to replace proprietary and mainframe devices in Dave’s industry so he began to learn and experiment with the PC. Through DOS, Windows 3.1, Windows 95, Windows 98, Windows 2000, Windows XP, Vista, Windows 7, Windows 8.1, and now Windows 10. Dave became the “go to” guy for friends, family, and coworkers with computer problems. Daves Computer Tips was born in 2006 in an effort to share these experiences with others in an easy to understand, plain English, form.”

This post is meant to be a fun way to look back at the DCT interface changes which have taken place over the years. Things have migrated from the simplistic look of earlier times to what is hopefully a more sophisticated and useful experience for all.

Let’s chat about Daves Computer Tips, a little history, a few images, and some plain old fun, shall we?

Note: If you would like to see a slide-show-like sequence,  you can click on the images in this article, then click on the right side of the expanded image to continue to the next one. 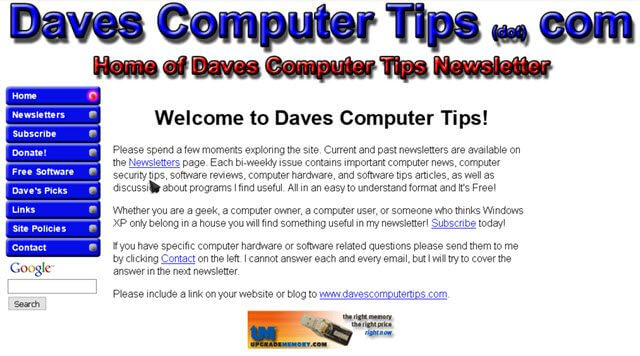 Note: The above image, and all the following images of the early days of Dave’s Computer Tips  can be found on the Wayback Machine. This is a remarkable part of the World Wide Web and should be noted as such. The links within these old pages on that site still work in many cases– amazing!!


It’s fun to see the elementary results of state-of-the-art tools at the time. They may appear archaic by today’s standards, but Dave’s desire to help people with their computer problems was born during those early times and continues to this day.

In 2009 Dave made a big change to the site’s appearance (for the better, I think). See if you agree: 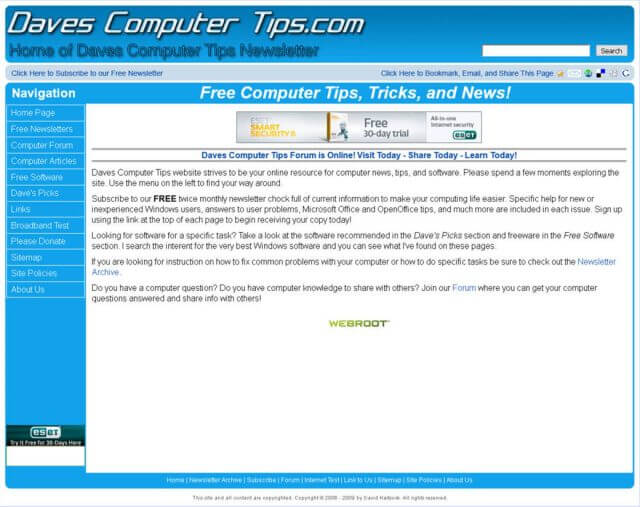 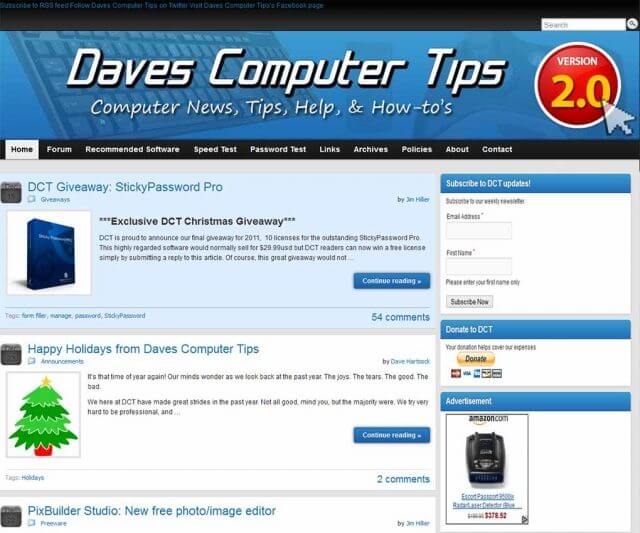 At one point, it was decided that orange was a better color scheme: 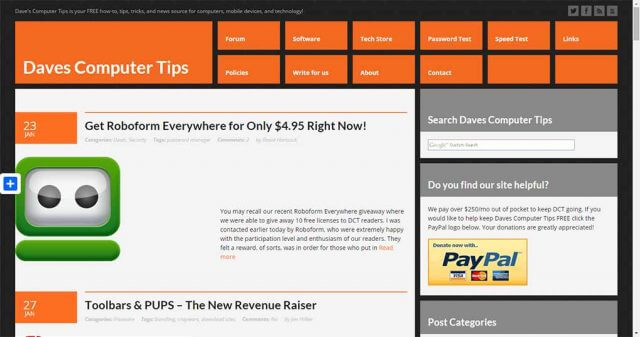 Some of us weren’t particularly fond of this change, but everyone did politely say “how much we liked it”. I must confess that it caused me, personally, somewhat of a jolt. 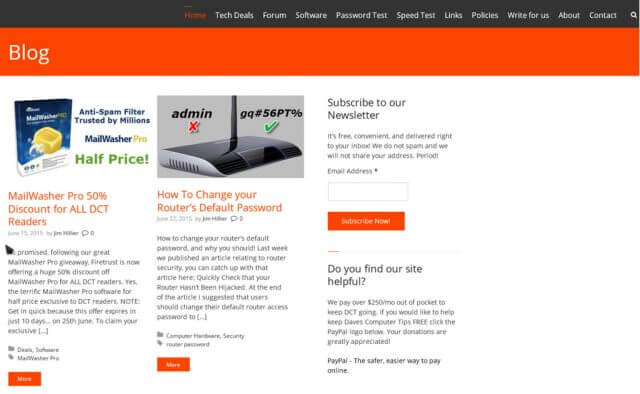 Here, you can see the beginnings of the interface we know today.

Blue is the color of the sky and sea. It is often associated with depth and stability. It symbolizes trust, loyalty, wisdom, confidence, intelligence, faith, truth, and heaven. Blue is considered beneficial to the mind and body. It slows human metabolism and produces a calming effect.

In March, 2016, Dave “came to his senses”. He even wrote an article about it– New Color. Same Great Computer Tips!

It begins like this and is worth a read if you’re interested in a little DCT history written by one who is “in the know”:

DCT has a long history of blue. Not feeling blue, but being blue. From the beginning – way back in 2006 – we’ve had a generally blue color scheme. If I were to embellish the story a bit it would be a tale involving a night of drinking, a box of Crayons, and an impromptu game of Pin the Tail of the Donkey. In reality it is not for any other reason than it’s a pleasing color, and one of my favorites, which isn’t nearly as exciting. 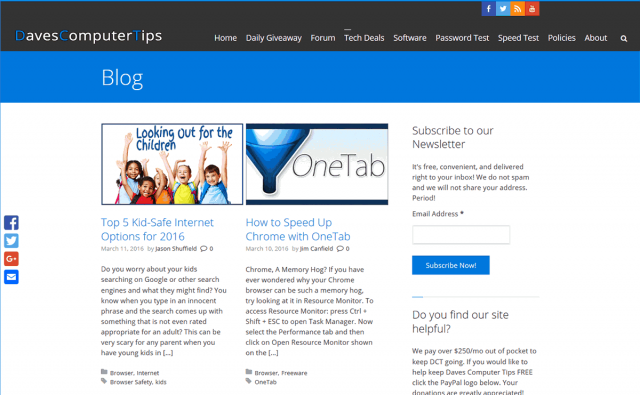 From the very beginning DCT has obviously striven to bring useful information to those who need it most by offering tech-related articles in easy-to-understand language. The biggest hurdle for computer neophytes is to overcome the technical jargon. (It’s like talking to a lawyer– you want to believe they’re speaking English, but you’re never quite sure.) DCT tries to translate that geek-speak into something more intelligible for us “common folk”. That goal was the beginning, has persisted over the years, and will continue to be a prime directive into the future.

Note: Over the years we have seen many writers come and go. They all seem to be enthusiastic in the beginning, but somehow fade away as time passes. DCT is always looking for up-and-coming writers to contribute quality content for our readers. If you think you have “the right stuff”, you may contact us to begin a conversation along those lines. Use the Contact link under About in the Main Menu.