So, you open up a movie on your system and it still shows the black bars, usually top and bottom, even when you are watching the movie in Full-Screen mode.

There is an easy fix– just right-click on the movie screen, then click on Video in the menu that opens. Then click on Aspect Ratio. It’s probably set to Default, so the obvious choice would be to click on 16:9. The video should now be full screen with no black bars.

If 16:9 doesn’t work, try the others. My main monitor is a square-shaped one, so I could use 4:3 or 5:4. There are also Zoom options but they don’t seem to do anything on my system. 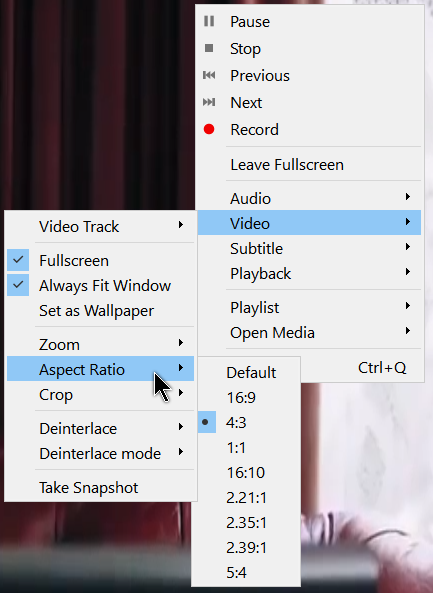