The Utter Confusion of 2K Monitors 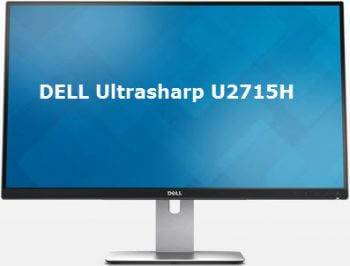 I’ve recently been looking at buying a new 2K monitor. For those not in the know, 2K equates to a maximum resolution of 2560×1440 as opposed to HD’s standard 1920×1080. There’s nothing wrong with my current Asus PA248Q which is a high-end 24″ IPS LED monitor with fully adjustable stand, but my great granddaughter managed to get loose in the workshop and gouged a little mark into the screen. It’s not a big blemish but it’s right in the middle of the screen and is a damn nuisance whenever I’m typing or scrolling through a web page – it always seems to be in the way.

Why is 2K So Much More Expensive

Anyway, I decided that if I was going to purchase a new monitor it should be an upgrade so started looking into 27″ monitors which support the 2K resolution. The first thing that struck me was the additional hit to the wallet, with 27″ 2K resolution monitors averaging out at around $200.00au more than the equivalent in 1920×1080. However, I really wanted a bigger screen and the consensus among those who know a lot more about monitors than I is that 1920×1080 looks pretty crappy at 27″ and 2K is by far the preferred option.

Don’t Forget about the Graphics Card!

I wasn’t long into my research when I realized that my current graphics card (NVIDIA GeForce GT 740) does not support 2K at 60Hz – I am not a gamer so a low-end to middle of the road GPU has always sufficed. I looked into the options and a new graphic card supporting 2K at 60Hz is going to set me back around $180.00au. So now I’m looking at around $600.00au for the monitor PLUS another $180.00au to upgrade my GPU – this is becoming a rather expensive exercise.

Not All Connections Support 2K

I always thoroughly investigate each option before making a major purchase, reading reviews and hunting around forums, and it was there that I came across another potential trap for new players. Most modern monitors come with several connection options including DVI, HDMI, and display port, as do the more up market graphics cards. However, apparently not all connections support the 2K resolution. I read many complaints from buyers who’d thought, as I did, that 2K would be available across the board, and were mystified when hooking up their new monitor via HDMI only to find that they weren’t able to display at maximum resolution. Needless to say, most were not impressed.

To be honest, I’m not sure if it’s the graphics card or monitor which is causing the issue over HDMI. However, I have also learned that there appear to be no such problems when connecting via display port to display port. Which brings us back to the graphics card. Most older GPUs do not include a display port connection so, even if an existing card supports 2K and HDMI, achieving the desired result may still be problematic.

I’ve been procrastinating over this for several months now and have pretty much decided that an $800.00au outlay is pretty difficult to justify merely to upgrade a monitor – heck, I can buy a whole new desktop PC for that sort of money. 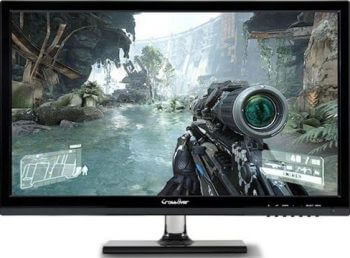 There are a number of 2K monitor brands from Korea which are available at a considerably lower price – Crossover and QNIX probably being among the best known. However, these suppliers’ warranties do not generally cover black light bleed or dead pixels up to and including 3, which are probably two of the most common faults in new monitors. Plus, their returns policy includes the standard – return postage is at the buyers cost. Which, considering the weight and distance, is almost certain to be prohibitively expensive.

User reports of these monitors tend to suggest that they are pretty much a hit and miss proposition, with many having no problems while others end up in monitor hell. To my way of thinking, even at the reduced price, there is still enough outlay involved to represent a significant gamble, especially considering the practically useless warranty.

I’ve always hated where monitor manufactures choose to position the various connection ports – toward the bottom of the back panel facing downward. Which is all well and good when setting the monitor up for the first time but woe betide if one needs to change the connection type. It’s as if they thought…”now, where can we place these connections where they’ll cause the most inconvenience and irritation“.

One of the 27” 2K monitors I’ve been considering is the BenQ GW2765HT, not only are the connections downward facing at the rear but the OSD menu buttons are also at the rear of the panel – what genius thought that was a good idea!? Some manufactures, but not many, are now starting to position the connections facing outward from the back panel, which is a MUCH more sensible idea.

To finish up; a word about the glossy vs matte screen debate, which, it now seems, is no longer relevant.

The previous article I wrote regarding monitors, published back in January last year, elicited comments from a couple of readers wondering why I didn’t discuss Glossy vs Matte screens. As I explained at the time; this choice is purely subjective and largely dependent on ambient light in the monitor’s working environment. Glossy screen monitors offer a more vibrant display but are also more reflective, so are more suited to a dark(ish) environment. On the other hand, a matte screen will diminish the display’s vibrancy but also cut down on glare – more suited to a bright(ish) environment.

That said; matte technology has moved on since then with almost all manufacturers now opting for a superior matte finish which is anti-glare while still allowing for a vibrant display. This is not only the perfect compromise but also completely negates the glossy vs matte debate.

Anyway, I do not profess to be any sort of expert on monitors or 2K, but I hope that maybe someone thinking about upgrading to 2K might read this and at least learn something from my own research. If you have had experience with a 2K monitor, please enlighten us via the comments.

7 thoughts on “2K Monitors – What You Need to Know”