ReactOS is an open source project working toward producing a free, fully-fledged NT-based consumer operating system – in its early days ReactOS was touted as the free XP alternative.

The main goal of the ReactOS® project is to provide an operating system which is binary compatible with Windows. This will allow your Windows® applications and drivers to run as they would on your Windows system. Additionally, the look and feel of the Windows operating system is used, such that people accustomed to the familiar user interface of Windows® would find using ReactOS straightforward. The ultimate goal of ReactOS® is to allow you to use it as alternative to Windows® without the need to change software you are used to.

I recall my first encounter with ReactOS some 9 or 10 years ago when I was actually running XP on an old Dell machine and very interested in reading more about the project. At that time ReactOS was still in its infancy and obviously not fit for general consumption, so I bookmarked the project page and returned on a regular basis to keep abreast of developments. After around 2 years with seemingly very little progress, I lost interest and pretty much gave up on the whole idea. Even today, some 15 years after the project’s launch, ReactOS still remains in Alpha stage:

ReactOS 0.3.15 is still in alpha stage, meaning it is not feature-complete and is recommended only for evaluation and testing purposes.

So, ReactOS’s development has been a slow hard slog to date with still no final version in sight. However, there is now a light at the end of the tunnel, a hint that development may be accelerated per medium of a collaboration with the US fund raising company Kickstarter. This is very exciting news, can you imagine a fully fledged Windows-based operating system which is both free and open source? The implications are mind boggling! 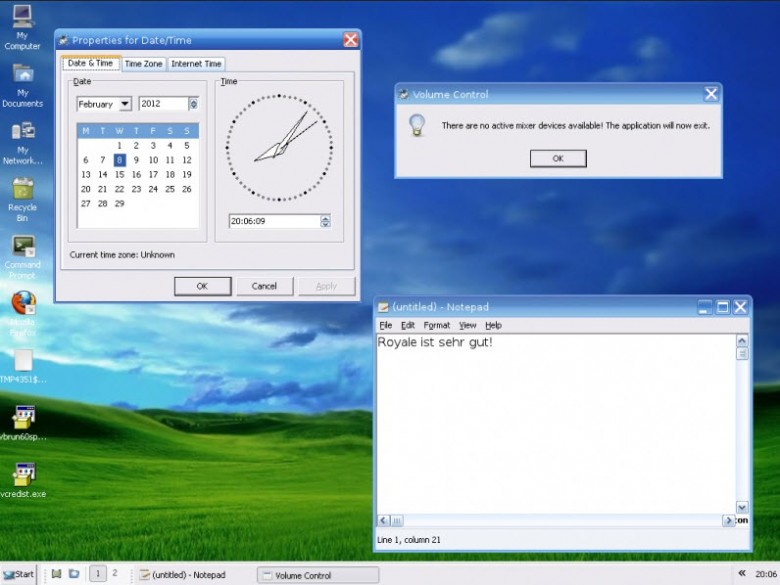 This exciting new possibility was divulged by Aleksey Bragin, current project coordinator, during a recent interview on SourceForge:

SourceForge: Have you ever considered getting the project backed by a company?

Aleksey Bragin: Well I don’t want to spread too many rumors, but I can say that we do have something in the works. If all goes well, it’s going to be announced within a week. While I cannot go into too many details, I can say that it involves Kickstarter and what we believe to be a viable commercial product based off of ReactOS.

And for those skeptics who doubt the legalities involved with successfully producing and distributing a free Windows-based operating system, here is an excerpt from the SourceForge Q & A covering that very subject:

SourceForge: I understand a code audit is an on-going process in place to protect against legal problems. Is this just a time consuming activity or do you learn something along the road?

Aleksey Bragin: The code audit was internally done to try and determine the origins of code committed to the project. It achieved that goal and the project ultimately never found any proof of improperly submitted code.

Beyond that, there’s really little else to say. The ultimate defense is in having a test suite that captures the expected behavior of an NT operating system, something the project has invested considerable effort into with our kernel testing framework. For the win32 subsystem, we have borrowed a lot of the WINE project’s tests. However, when we have enough financial resources, we plan to utilize code auditing services provided by accredited third parties as a further safeguard.

With Microsoft seemingly concentrating primarily on making inroads into the mobile device market, and the continuing poor market penetration of Linux based desktop operating systems, the time is ripe for an alternative. Let’s just hope it doesn’t take a further 15 years to come to fruition. 🙂