This is the third in a series of articles related to Apple’s WWDC 2013. 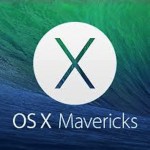 Having run the gamut of cats with OS X from the cheetah (version 10.0) to the mountain lion (version 10.8), Apple decided to go in a different direction with OS X version 10.9.  The new naming convention is based on places that inspire in California.  The new version is called ‘Mavericks’.  I have to admit that I said ‘Huh?’.  I have never been to California and had never heard of Mavericks.  I have since found out that Mavericks is a popular surfing location in Northern California known for its unusually high waves.  I guess going forward we will all be getting an annual (or so) lesson in California geography.  But I digress….

Below is a summary of some of the more interesting features of OS X Mavericks.

iBooks is coming to the Mac.  Features will include:

Maps is also coming to the Mac, with the following features:

Finder will support tabs, allowing you to consolidate multiple Finder windows into one.

Tags will allow you organize and more easily find files, including those in iCloud.  You can associate one or more tags to a file to easily organize your files into logical groups.  You can search on a tag in Finder.

OS X Mavericks will be available this fall.  Apple has not yet provided an official list of compatible Macs.