In addition, many useful video editing functions are available on this fast Video Converter such as merge videos, clip or cut video into parts, crop video and add video with special effect.

WonderFox Video Converter Factory Pro Giveaway – How to get it

Visit the special WonderFox promotion page here: http://www.videoconverterfactory.com/promotion.html and simply click on the “Get It Now” button. The license code is included in a text file as part of the 15.8MB zip download. 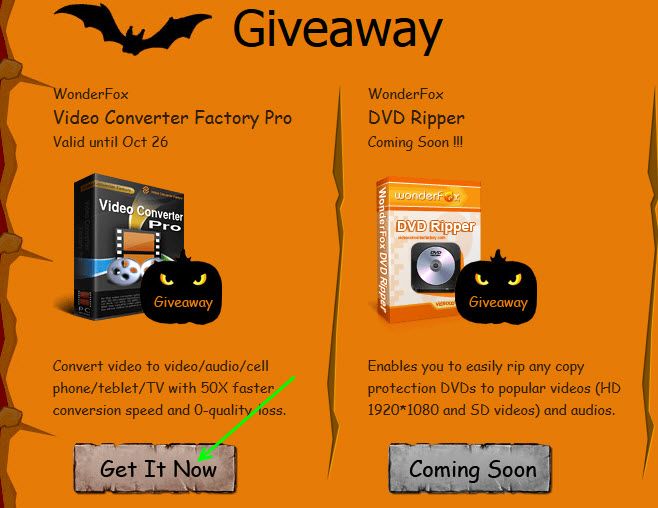 As you can see from the above screenshot, WonderFox DVD Ripper will be featured in an upcoming giveaway… presumably, following straight on from this one.