Microsoft’s monthly Patch Tuesday was October 8th.  Microsoft released a total of eight bulletins, four of which were deemed ‘Critical.’

One of the critical patches was to patch a security exploit that was present in all versions of Internet Explorer. In addition to current versions, the patch was also issued for IE11 in Windows 8.1, Windows 8.1 RT and Windows Server 2012 R2 although they have not yet officially launched. 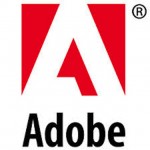 Adobe announced that 2.9 million Adobe customer IDs and passwords were accessed. This allowed the attackers to gain access to its customers’ names and encrypted credit and debit card numbers. Adobe’s source code for several of its products was also breached.

Adobe is resetting all customer passwords. In addition, it is offering its U.S. customers the option of a year’s worth of free credit monitoring.

On October 7th, Nielsen launched its rating system to track how much engagement TV shows are getting on Twitter.

The rating system will track the following information for a given TV episode:

Unique Authors – Unique Twitter accounts that have sent at least one Tweet regarding the specific TV episode.

Impressions – The number of times any Tweets related to a TV episode were seen.

Unique Audience – The total number of distinct Twitter accounts with at least one impression of one or more different Tweets ascribed to a TV episode.

Scott Carpenter, one of the Mercury 7 astronauts, died on October 10th at the age of 88.   Only John Glenn, the first American in orbit, remains of NASA’s original seven astronauts.  The other Mercury 7 astronauts were Walter Schirra, Donald Slayton, Alan Shepard, Virgil Grissom, and Gordon Cooper.

Mr. Carpenter flew on his one and only space mission on May 24, 1962.   He was the second American to orbit Earth, circling it three times while conducting scientific experiments.