Announcements regarding Microsoft’s future direction have been emanating from the Build 21014 conference at a prolific rate. Facts can sometimes get blurred and rumors abound, but here are the three top stories which appear to be valid:

Windows to be Free for Devices with Screens Under 9″ 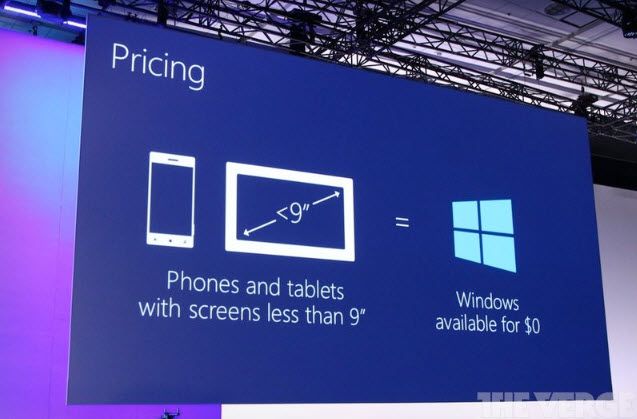 Among the most highly publicized innovations has been the announcement that Microsoft is set to make Windows free of charge for phones and tablets with screen sizes smaller than 9″. Details remain sketchy but I suspect it will be a special Windows build suited to smaller devices. Competition is almost certain to dictate that OEMs pass this saving on to consumers, so it should result in reasonable price reductions for Windows driven mobile devices. 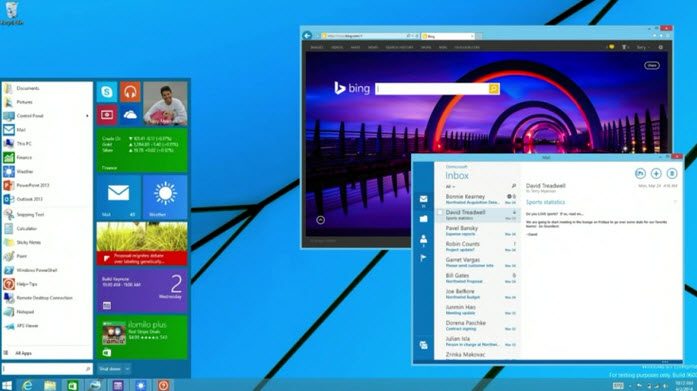 Predictions surrounding of the return of the Start Menu have also surfaced. Apparently, hints have been forthcoming, but I wouldn’t expect this to happen any time in the immediate future, perhaps toward the end of this year.

As you can see from the above screenshot, the proposed new Start Menu is currently set to include a combination of traditional features along with live tiles and other Metro-style elements.

More news in Microsoft’s ongoing battle to win back ground conceded to Google and Apple involves the introduction of a new personal assistant for its Windows Phone. Microsoft’s version of the artificial intelligence-style assistant is called ‘Cortana’, named after the AI character from the company’s flagship video game &#8220;Halo”.

Cortana will be available soon in the U.S. in beta, then will launch in the U.S., the U.K. and China in the second half of 2014, with other countries to follow in 2015.

Bottom line out of all this; it’s patently obvious that new Microsoft CEO Satya Nadella has brought with him a new perspective, including a more conciliatory approach. As far as I am concerned, he is definitely on the right track. What do you think?