For anyone who loves science fiction and Star Trek, Tribbles are not a foreign concept. They were cute and made neat soothing purring sounds akin to domestic cats. The downside is that they were particularly good at multiplying. Regardless of their intrinsic charisma, they ended up being a complete nuisance and a threat to the security of the Star Ship Enterprise itself.

By now, I am sure that you are wondering how this could possibly have anything to do with an informative computer tips web site like DCT. Well, hold on to your hats, here’s the most clever segue I could manage… 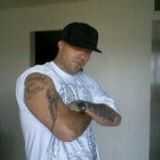 Windows has certainly matured over time. Considering the first frail efforts of Windows 3.1, through several iterations on to the now popular Windows 7, great improvements have been accomplished. Particularly so in the areas that I am so prone to discuss regarding third-party solutions to Windows annoyances.

Over the past decades I have promoted many such utilities that I believed would somehow enhance the behavior and/or performance of the Windows Operating System. I still believe there is room for improvement, but for the most part, Microsoft has done a great job. Bar none, Windows 7 is the best OS MS has so far produced in many respects. I can not speak first-hand about Windows 8, or later versions, since I have no personal experience. I feel required to mention that my limited encounter with Windows 8 leads me to believe they have yet jumped another hurdle regarding security and speed. I leave that up to you to decide.

The whole idea behind this post is to point out the difference between wanting and needing (Tribbles and Trouble– get it?). I am about to list a few utilities that you may want to have but don’t actually need. I like to keep things simple. It stays in line with my current mental state.

I have, in the past, recommended some of these “solutions”. At the time I felt they were needed in those old-timey versions of Windows, but now I’m not so sure anymore. Here goes:

Some I have mostly always recommended:

Fragmentation can be a problem with older versions of both hardware and Windows. The combination eventually adds up to a system that becomes sluggish over time. Windows 7 takes care of this pretty well, however. On a clean installation, defragmentation is an automatic process. Windows 7 is even smart enough to recognize and not defragment Solid State Drives. That’s an important distinction.

You may certainly choose to take control of the fragmentation problem by using a third-party solution, but this is by no means necessary. In a general fashion, Windows takes care of this problem on its own.

There was a time, way back when, that Windows did a really lousy job of cleaning up after itself. It still loves to pile up a lot of junk log files and other extraneous stuff on your hard drive. It has gotten much better lately at tidying up after itself. An example is the low-profile clean-up tool added in a recent Patch Tuesday update. Namely, that it will, finally, start cleaning that gargantuan WinSxS folder. That’s the one that keeps all previous updates on your drive and never lets them go. Now you have the option of getting rid of the ancient cruft– many Gigs, sometimes.

You can get there by Right-Clicking the drive of your choice and choosing Properties. In the window that opens, click the Disk Cleanup Button. You will be presented with a number of Check Boxes. One of them should be labeled Windows Update ‘something or other’. Fellow author Jim published an article on this very topic just recently which includes a comprehensive guide (screenshots and all): Free Up Lots More Disk Space with Windows New Disk Cleanup Plug-in.

Note: I recently ran this and got rid of 2.9 GB of old stuff that Windows deemed no longer necessary. How about that 🙂

Disk cleaners are sometimes a necessary evil. Crap Cleaner, known as CCleaner, may have an unfortunate name, but it can certainly be trusted as it stands today. If you feel  the ‘want’ to clean your drive, then this is the choice I would advise. I am aware that Jim is also a strong advocate for the relatively newer cleaning tool PrivaZer. I haven’t tried it myself but if Jim says it is a good ‘un then in all likelihood it is.

Some I have never openly recommended:

Registry cleaners are a total waste of time.

The idea sounds good. After all, defragmenting a drive is smart, so why not defragment a Registry, too? There’s a couple of good reasons not to do this:

There is no good reason to take the risk when there is no noticeable gain. Computers are too fast today for this to make any significant difference.

There may have been a time when turning off unneeded services made sense when you wanted to play an intensive game. No longer true. The fact of the matter is that many of these so-called game-boosting utilities are no longer updated and the probable reason is that they are no longer needed.

My say on this is that you are wasting your time and computer resources running them in the first place. You even run a risk of downloading a virus by following these types of links. Windows handles things just fine on its own.

In all honesty, I must confess that I use a driver updater. Since I am an affiliate of one such product,  I will refrain from mentioning any names.

Updating drivers willy-nilly can be a dangerous prospect. It can break your system and wreak all sorts of havoc if you don’t have proper backups and a certain inkling of what you are doing.

My advice for what I would call every-day computer users is to steer clear of third-party driver updater software. They can be demonstrably catastrophic in the wrong hands. Let Windows handle that stuff, too. It does a fine job. And as our editor, Jim Hillier, so rightly says, “If it works, don’t fix it.”

What you need and what you want may be two different things. There are many other utilities that I have not mentioned here that are probably not all that useful considering today’s modern computer systems.

If you are the brave type, then fine, experiment away. If you prefer to remain more conservative in your actions, that is a fine choice too.

The whole point is that you have options when operating a complex machine such as a computer. You simply have to make wise decisions based on what you believe to be within your own capabilities. That may sound contrary, but the reality is that the ultimate decision is yours and the results cannot be blamed on another.

I will harp on this until the left foot follows the right into the grave– Make Backups!

It doesn’t seem to matter, though. It appears I am always trying to bail someone out of the great blue sea,

6 thoughts on “Windows 7 – The Trouble With Tribbles”