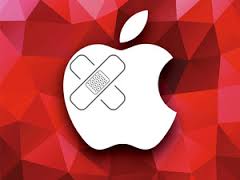 Some of us let our phones, laptops and tablets update automatically and some of us don’t. I used to be in the latter because I didn’t want miscellaneous crap being installed on my machines. For my home laptop, this sometimes meant missing out on important updates because I don’t use it that often and therefore didn’t check or manually update it regularly.

While I’m not an Apple user, except for a long lost iPod, Apple has come out with a security update you should be aware of because it affects you if you use Hotspots and that pretty much covers a lot of people and different types of electronics.

According to Fortune.com, “The computer bug lets hackers masquerade online as anyone attempting to access certain websites. Prior to the fix, attackers could steal users’ web browsing cookies— the identifying data-tags that websites use to recognize return visitors—and use them to impersonate their victims on those sites.”

Technolicious.com adds, “Why does it matter? The portal could steal your authentication credentials to access your accounts or even secretly log you in as someone else. Skycure (security researchers) says they alerted Apple to the issue on June 3, 2013 and they have only gotten around to fixing it now. And that’s certainly not ideal.” Boo Apple.

Here are the standalone fixes:

As always, you can set up your computer to automatically download updates to avoid the problem of trying to get a jump on any specific updates later.