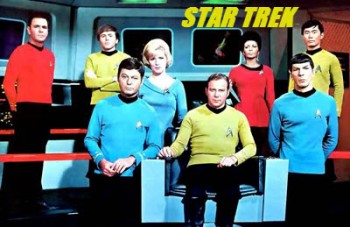 I am a huge Star Trek fan. I was a mere 20 years old when the first episode of Star Trek aired way back in 1966, and my first child was born a month later. Not that the two are related, except for constituting fond memories of an era gone by.

Strangely, Star Trek was not an immediate hit with viewers and it wasn’t until after the series was later syndicated and reruns began that it acquired international cult status. With a succession of follow up TV shows and feature length movies, Star Trek’s fan base has expanded throughout generations of viewers. Now, it appears, two new projects are underway to see our beloved Star Trek returned to TV.

Star Trek: Axanar will be a full length feature film based around the four-year war with the Klingons which took place in Star Trek’s already established past history.

The Axanar producers are currently gearing up to shoot the entire film in Los Angles. Those involved are hoping to be able to show that Star Trek can still be produced within a reasonable budget so they can then team with CBS television to create a new TV series called either Star Trek: Federation or Star Trek: Galaxy.

The Axanar project has already released a 20-minute proof of concept short, “Prelude to Axanar”:

Star Trek: Renegades is the name for a proposed new TV series starring original cast member Walter Koenig as the now Admiral Chekov. The producers have just released a trailer for their completed pilot which is set some 10 years later than any previous Star Trek series:

Hopefully, this will all come to fruition in time for Star Trek’s 50th anniversary next year. You can keep up with the news on exactly when we’ll get to see Renegades on TV on the show’s official website.