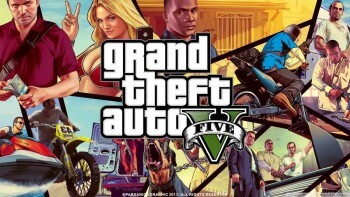 The Grand Theft Auto series of video games is no stranger to controversy and with the PC version of GTA V due to be launched this Tuesday 14th April, there are many who would rather it had never been made at all. GTA V was launched for PS3 and Xbox 360 in September 2013 and November 2014 for next generation consoles. In December last year both Target Australia and Kmart Australia banned the game from their stores and online outlets, claiming that customers were complaining about ‘violence towards women’ depicted in the game and that the game ‘encourages players to murder women for entertainment’. One has to assume that those complaints came from customers who had never actually bought the game then.

….in the case of GTA5, we have listened to the strong feedback from customers that this is not a product they want us to sell ~ spokesman for Target Australia 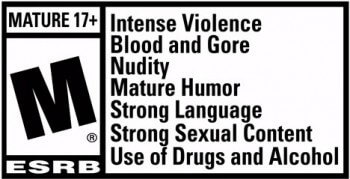 Make no mistake about it, GTA V, like its predecessors, is a brutal game and players carry out various violent heists, steal cars and other means of transport, involving all kinds of firearms and other forms of violence. I’m not here to judge violent video games, I’ve written on this subject here already, but it seems a tad over the top that those customers who have no intention of buying this game should have a veto over a product they have very little interest in in the first place. It’s also odd that Target Australia however continues to offer GTA IV and GTA Liberty City for sale, which are equally violent, feature sex with prostitutes (who you may later dispose of ) and torture scenes.

Kmart Australia only seems to to have one or two video games of any kind for sale online and I have no idea what kind of stock these two stores have at their retail outlets, but whatever the case, some kind of moral statement has been made, which seems more like a compromise than anything else.

On the other hand, some GTA gamers petitioned for Target and Kmart to ban the Holy Bible as it encourages women of loose moral values to be stoned or murdered and they correctly point out that more people have been killed in the name of religion than any video game ever did.

As I’ve already mentioned, GTA V will be released for PC this week and once I’ve had time to bed down with the game and enjoy the full action packed experience, I’ll be posting up a full game review.

In the meantime, it will be interesting to see how Target, Kmart and other retailers react to this release because, believe me, the interest and anticipation from gamers is enormous.

Note: at the time time of writing I was unable to establish definitively if these bans were still in force, but they appear to be.