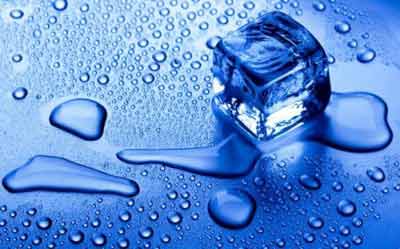 Put half a dozen doctors in a room and ask them for a diagnosis on the patient in front of them and you may be surprised at the answers you get. The same can be said for many computer related problems and cooling your computer is a case in point.

Of course, there was a time when we  strapped as many fans to the machine as we could in the hope that, short of becoming airborne with the noise levels of a 747, we were doing the right thing. And we were, but there is a science to keeping your computer cool and most people agree on the basic principles.

Most mid range computer cases will have a fan at the front and rear, so that cool air is drawn in from the front and expelled at the back.

More elaborate designs add ventilation fans at the top and side of the case, as can be seen in the photo on the left.

The science referred to here is positive or negative air pressure.

By their very nature, cooling fans spin and suck air, moving it from one place to another. A CPU fan sucks air in and blows it directly onto the heat sink that sits firmly secured to the CPU. The heat sink simply acts as a heat dissipator and the two together act in the same manner as the radiator in your car.

It’s remarkable that a computer with zero maintenance since the day it was bought six years ago is still able to function.

In this particular photo we see what appears to be fungal growth around the heat sink and fan, which is in fact dust and other matter sucked in from the outside.

By no means an extreme example, the idle temperature of this mid range dual core Intel CPU was around 60c and under load increased to around 80c.

By their very nature, CPU’s generate heat, the level of which depends on the type of CPU.

Intel and AMD publish specifications on each CPU manufactured showing at which temperature the processor will throttle back or shut down to prevent damage to itself. It’s actually quite difficult to destroy a CPU, even intentionally and in cases even more extreme than this, it’s remarkable that they survived at all.

First of all, don’t use a vacuum cleaner. The risk of a static charge frying your motherboard is just too great.

The most effective tools I’ve come across are a small paintbrush and a can of compressed air.

In most cases it may be an idea to take the offending PC outside or if you can’t do that, at least wear a mask. Yes, seriously.

Use the paintbrush to remove the worst, such as cat and dog hairs, small rodents and insects. Traps can be used for live parasites.

Without shaking the can of compressed air and keeping it upright, blast the entire area until all the gunk is removed, then check your face in the mirror.

It’s not a pleasant task, but the benefits are immediate. Whilst you’ve got your hands dirty, you may as well check that the heat sink and fan are securely fastened to the motherboard and show no signs of movement.

Whilst there you may also want to tidy up any loose cables and ensure that no expansion slots are left open at the back of the case. Things that crawl generally find those and will invite their nocturnal friends to join them.

Keep your CPU shiny and clean

Once you fire up the computer, hit Delete (or whatever key applies) to get into the BIOS so that you can check the temperatures again.

You’ll be surprised at the difference and in the case I referred to here, the CPU temperature at idle was 28c, an enormous drop from 60c.

It pays to perform this small maintenance every couple of months, depending on local conditions.

This also applies to the rest of the computer case, particularly if it has numerous case fans, because most computers suck air in from the front and side vents, which can easily become blocked.

Much depends on the type of machine you are using of course. Most computers will operate perfectly well on stock AMD or Intel coolers when undertaking tasks such as web browsing, email and other similar tasks.

Ambient temperature and ventilation are also important as well as positioning of the PC. Many desks today are fitted with a cubby hole specifically to house a PC which helps keep everything tidy. It’s worth checking that the fit isn’t so tight as to prevent ventilation from the  rear and side vents on the computer.

It’s also worth noting that generally speaking,the rise in ambient temperature and the rise in component temperature is very close to a 1:1 ratio when it comes to CPUs and with most forms of cooling you’ll never manage to get below room temperature for the CPU.

Most high end computers, particularly gaming machines will benefit from a little special treatment as many are pushed to limits that stock coolers can’t quite cope with.

Today there is an enormous choice available for those looking for serious cooling.

Although air cooling is the most preferred option, water cooling, which was once the domain of only very serious overclockers, is now widely available in very simple to fit kit form.

That is unless you decide to use Phase Change cooling, which is akin to strapping a refrigerator to your PC, but this is very expensive and not for faint hearted.

How to change your CPU heat sink and fan

Changing your heat sink and fan is not a difficult task and most kits are supplied with mounting brackets for both Intel and AMD installations in their various socket types.

Once you’ve removed the old heat sink from the motherboard, remove remnants of the old thermal paste with a cloth and then clean the surface of the CPU with a very small amount of ethyl alcohol.

Many new heat sink coolers are supplied with pre-applied thermal paste so you can simply fit the new cooler in place and lock it down. However, many enthusiasts believe that the amount of pre-applied thermal paste is either insufficient or poor quality. It’s a moot point, but if you prefer to use your own, make sure both surfaces are entirely clean and then apply no more than a pea size amount to the CPU which should then be spread over the surface evenly with something like an old credit card.

Page after page has been written about thermal paste on the internet and the general consensus is that less is more. Securing your shiny new cooler to the CPU will vary according to the kit you have, but the basic principle is that the fit should be as tight as possible.

As a point of interest and something you’ll be able to brag to your friends about later, it’s worth noting your temperatures before you make the change using Freeware such as HWMonitor, Core Temp or Speed Fan to name just a few.

On the left is an Arctic Freezer pro with three cooling pipes and on the right a Coolermaster V6 GT with six cooler pipes. Both have detachable fans which is useful both for initial fitting and cleaning purposes. The kits provided are simplicity itself, however with the V6 GT, you will need to remove the motherboard for fitting.

You don’t have to live in a hot climate to appreciate the benefits of water cooling, neither do you have to be an over clocking guru.

Water cooling kits have improved over the years and many are an almost tool free installation, are completely self contained and may never need refilling or priming. They work on the principle of a block, pump and radiator, again much in the same manner as the engine cooling in a car.

Some water cooling kits can also be connected to a USB header on the motherboard and with the correct software can monitor power output, temperatures and fan speeds.

Another significant advantage to water cooling is noise reduction as most units are almost totally silent.

In the near future I plan to write an article dedicated to my experiences with water cooling, so keep an eye out for the DCT newsletters.

12 thoughts on “Stay frosty and keep your computer cool.”