While Windows 8 is/was the introduction of a hybrid operating system, of sorts – combining our tried and true keyboard-centric interface with a new touch based experience – it did not go very far enough in masking the differences between these two ecosystems. A little effort on Microsoft’s part would have gone a long way toward smoothing the user’s experience as they transitioned between the old and new, which would have quelled much of the internet dust storm surrounding Windows 8. One of the most glaring examples, and one that struck me strongly,  was the fact that users were allowed to use any image or pattern they wished as a desktop background, yet were only allowed a few predefined artsy choices on the Start Screen.  By limiting the user’s choice of backgrounds on the Start Screen Microsoft only reinforced the perceived separation between keyboard and touch interfaces every time the computer was used! I felt so strongly about this that I went to the effort of creating desktop wallpapers that matched the Start Screen backgrounds, which I shared with DCT readers here.

The above screen captures show two different Desktop and Start Screen combinations. The left is how it would appear in Windows 8 and the right shows how it looks if you share your desktop wallpaper in Windows 8.1. Big Difference!

So how do you make Windows 8.1 use the Desktop wallpaper for the Start Screen Background? It isn’t necessarily intuitive, but it is simple.

If you aren’t at the Start Screen click the Windows button (start button or orb) in the lower left hand corner of the desktop.

Once at the Start Screen move your mouse pointer to either the top right corner or bottom right corner to open the menu (either one will work). 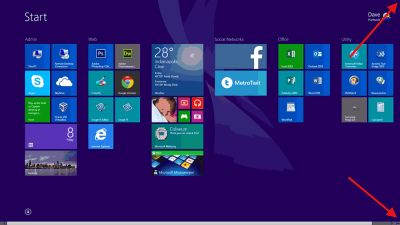 The settings menu will slide in from the edge. Click on Settings. 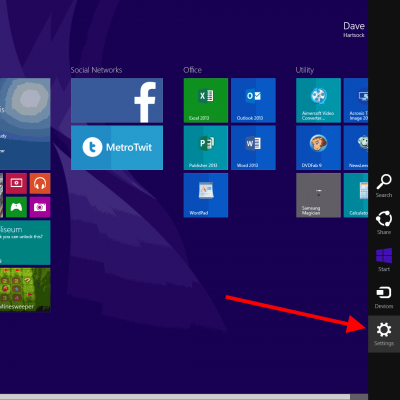 This will open a settings pane that is specific to the Start Screen. Click on Personalize to open the options panel. 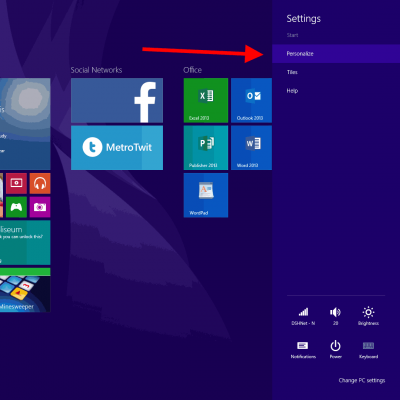 The panel is broken down into three section. The top most section controls the wallpaper on the Start Screen. 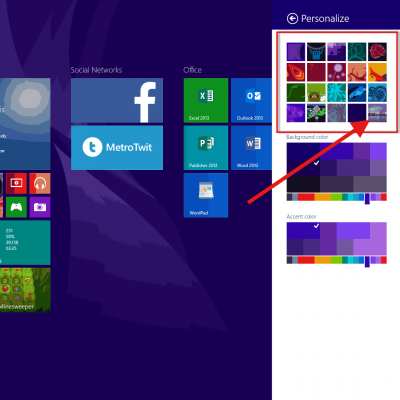 Each of the squares in the upper section are a different wallpaper and changes are immediate so you can try them all to see which you like best. The square in the lower right corner is different though. If you look closely it is your Desktop wallpaper. Choose it and your Start Screen will always match your Desktop!

2 thoughts on “Share the Desktop Wallpaper with the Start Screen in Windows 8.1”