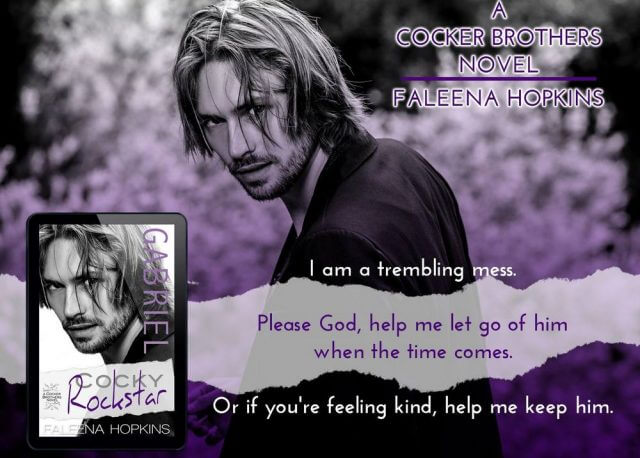 Faleena Hopkins, creator of the Cocker Brothers series of romantic novels, has recently trademarked the word ‘cocky’ when used in the title of a book. Just let that sink in for a moment and then ask yourself if that is a bridge too far. This, of course, has caused an outcry, not just within the writing community, but also more widely due to the implications of such a move. But hang on, has she trademarked the word itself, or merely the stylisation of the word cocky? I wondered about this and went over to the United States Patent and Trademark Office website to find out exactly what has been trademarked and discovered two trademark registrations for cocky, one being the stylisation of the word as shown below, and the other stating that the mark consists of standard characters without claim to any particular font style, size, or color. 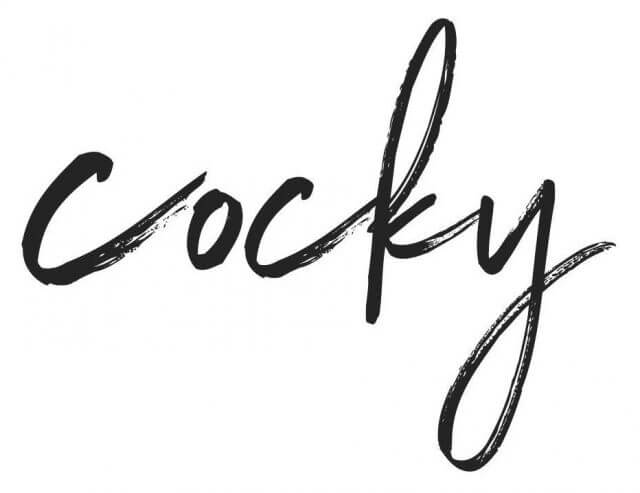 In a nutshell, Faleena Hopkins is asserting her rights over the stylised representation of the word… and here’s the kicker– also the non-stylised version of the word in the title of her books and from what I’ve read so far, take-down notices have already been issued by Amazon and Audible to numerous authors with published works which use the word cocky in the book’s title. The plot then thickens as Kevin Kneupper, best selling author and retired IP attorney enters the fray, and files a petition to cancel her trademark registration for ‘cocky‘ and indeed, the trademark online documents now show cancellation pending. 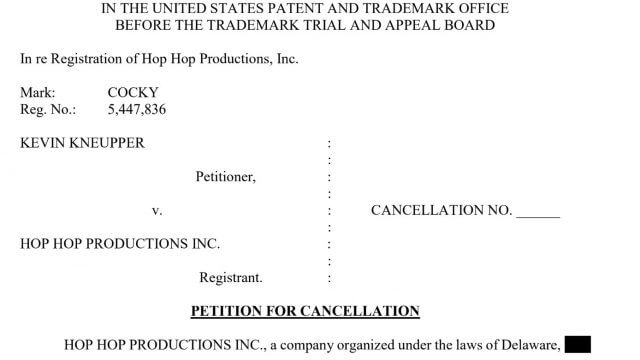 Now, regardless of your taste in reading, the principle here (or precedent to be more exact) is the trademarking of a word as illustrated in Ms Hopkins trademark, to wit: ‘The mark consists of standard characters without claim to any particular font style, size, or color.’ Should this author have trademarked the word as a stylised brand in the same way as say Coca Cola, Ford or Pepsi have done, then perhaps Cockygate may never have become the issue it is today. In fact, Faleena Hopkins herself is behaving extremely cockily in the true definition of the word by suing several parties in the Federal District Court for the Southern District of New York, namely:

This situation raises numerous questions about the wisdom of trademarking a word and then going out with all guns blazing to enforce the so-called ownership of that word, to such an extent of ostracising readers and the community in which you work. From what I’ve read on the Internet, Faleena Hopkins, who most of us will never have heard of until now, has put herself up on a rather wobbly pedestal and is now fending off barrages of pot-shots in her direction for attempting the impossible and carrying it off.

What a disgusting person this author is to think that she can trademark the word “cocky” and try to steal the livelihood of other authors by suing them for using this word. She has even gone so far as to sue authors who published years before her and used the title in their work. Grow up little girl and learn to be an adult. I’d never heard of your books before Cockygate and I read romance novels all the time. The authors you go after have long-established careers and you are trying to profit off of their hard work. Go back to the hole you crawled out from. 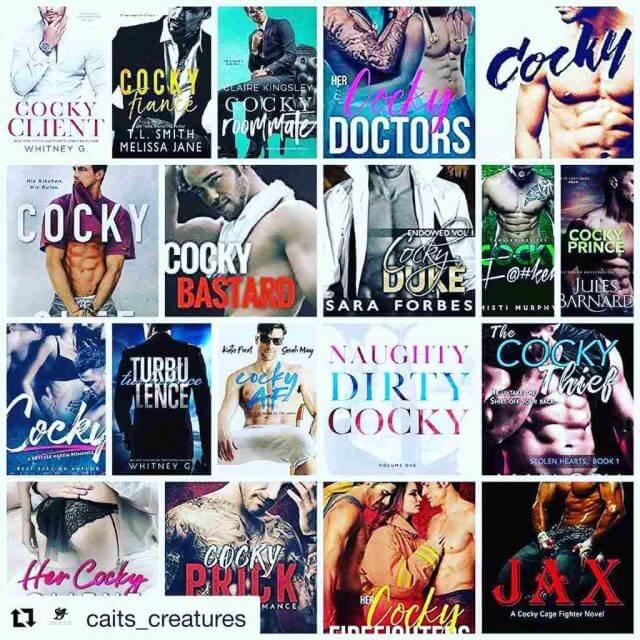 One wonders if the trademark application was machine generated or if indeed it physically passed someone’s actual desk at the trademark office, particularly since the implications are so numerous and varied. I’m a published author and it doesn’t take me very long to realise the negative implications of trademarking the title words of my yet unpublished novel. What kind of reaction would I see if I attempted to trademark the word British, I ask? But then, the publicity that this author is garnering from this entire episode may well be generating new book sales from the likes of you and me, if we were so inclined. Anyway, I’ll be keeping tabs on this developing story and leave this message sent by Ms Hopkins to author Jamila Jasper, which she posted on her Twitter account.

It’s worth noting that the Federal Trademark Commission doesn’t exist as an entity and Ms Hopkins’ lawyers must be feeling a little miffed by her bypassing them in her cease and desist letters.