Anyone who follows Dave’s Computer Tips (DCT) for any time at all realizes that the authors here really like portable applications. There’s a good reason for this. They are much simpler by design and end up being easier to use as a result.

Applications that must be installed

Unless an application is formally installed Windows doesn’t really “know” about it. When you go through the familiar process of installing a program, you are actually notifying Windows that it exists by entering some information in the database known as the Registry. This tells Windows not only where it is located on your hard drive, but whether it should be run at boot-time, and if it should be scheduled to continue its various activities during any logged-in time. Also, any settings you change will normally be stored there as well.

There are other considerations. Many programs that must be formally installed rely on ‘libraries’ such as the familiar .NET Framework, ASP, and C++ libraries that seem to infiltrate your hard drive in multiple forms. These may be needed by the program in order to function properly.

Portable Programs do not need all this support. They carry within them a means of recording their individual information. They do not need outside library information, either. As is true with all things, this convenience carries with it an additional overhead.

They must have all the necessary libraries included along with any means needed to record their various activities and settings. Usually an Initialization file, which is commonly given the extension of ‘INI’. Also, any libraries or portions thereof that are required for them to work must be included. This can bulk up the initial download. This is not a huge burden in most cases.

The only true heavy-weight issue that might ensue is the library problem. If you don’t have to have all the algorithms included within the program, and can use the ones that are already in place within the operating system, then you can drastically reduce the size of the download. I have never seen this as a problem, however; most portable apps are pretty small.

Portable apps must carry their own weight and cannot depend on Windows to supply any support. 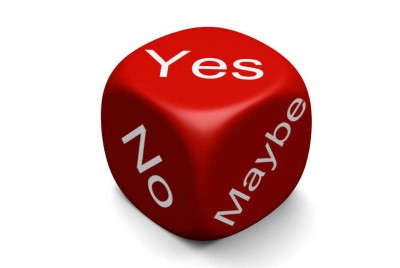 I would much rather have a larger one-time download than a program that insists on integrating itself within the operating system. Many installable programs don’t clean up after themselves when you decide to uninstall them; they leave behind all sorts of traces in the Registry. Some are even so impolite as to not delete their own directories from your hard drive. How uncouth…

One application that immediately comes to mind is Adobe’s Acrobat Reader; it is near impossible to get rid of. Once installed, it seems to have its tentacles extended into every electronic corner of your computer, like an unforgiving mother-in-law. Uninstalling Acrobat Reader is a contradiction in terms.

It happens to be one of the programs I put at the very bottom of the install list. In fact, I don’t advise you to install it under any circumstances. What a bloated piece of junk I think it is. There are many third-party PDF reader alternatives that beat the socks off Acrobat Reader. And many are portable!  ‘Acrobat’, indeed.

The huge advantage of Portable applications over Installed ones, is that you can actually get rid of them. I mean completely and totally. This is never guaranteed, nor is it likely, with an application that was ‘officially’ installed.

My choice goes this way

If you ever get a chance to use a portable version of any applicaton instead of an ‘Installed’ one, use it.

If, for any reason, you find that the installable version offers something you need that the portable version does not, then at least you will have had the opportunity to check it out first without the potential dismay of it having clammed up your system.

Uninstalling a Portable Application is as easy as deleting the directory in which you placed it. Pure and simple.

Note: The only exception would be if you have associated it with files of a particular data type. A music or video file, for example. In this case, Windows would know about it and be confused next time you tried to open said file.  This won’t ‘break’ anything, per se, but you will have to tell Windows which program to use to replace the now defunct file association. It’s really no big deal and a much better option when compared to the alternative.

Another great feature I didn’t mention– you can put ’em on a thumb drive and take them anywhere. If you fix computers like I do, it’s a blessing to have a portable set of ‘tools’ to carry along.

Where To Find Portable Apps

Any search on the Internet will provide you millions of hits but may I suggest beginning at Bill Mullins’ Weblog? This will give you a great start with portable browsers, office apps, multimedia, utilities and entire suites to choose from.

And don’t forget about all those wonderful reviews of portable software right here on DCT: DavesComputerTips/Software/Portable

5 thoughts on “Portable Apps And Why We Like Them”