Life is funny, it was not too long ago that I saw a thread on the Microsoft Answers web page, where a user asked if it was likely that Microsoft Edge will eventually become available on Windows 7 and 8. The surprising answer by one of the moderators was, “Impossible, (Edge will not be offered to Win7 or Win8x users.)… there are technical reasons for this…”

Obviously not someone in the know, because Microsoft recently announced that it will be making some major changes to its Edge Browser and one of those changes will be porting it to all supported versions of Windows. 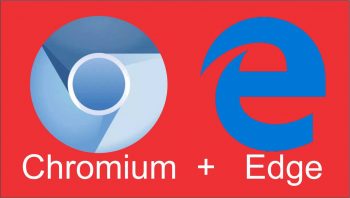 A large part of this will be Microsoft moving to a Chromium-compatible web platform for Microsoft Edge on the desktop, helping to improve Edge’s compatibility.

The other key development as mentioned will be that Edge will be delivered and updated for all supported versions of Windows and updated more often. Yes, that means Edge will be rolling out to Windows 7 SP1 and Windows 8.1.

All of this will take time and Microsoft said it will happen “over the next year or so.” But the first builds of the Chromium-powered Edge should start arriving in early 2019. Remember, that is only a month or so away.

What Does A Chromium-Based Edge Mean To Us

First of all, Microsoft and then developers will benefit the most, to begin with. Microsoft, because spending time developing and continually updating a browser compatible with the web will now largely be handled by Open Source (OS) Contributors. Microsoft said it will also participate in the OS community but the workload will be significantly less. Developers will benefit by having one less browser’s compatibility to test.

Users will also benefit down the road. Once Microsoft starts supporting existing Chrome extensions in Edge, users will instantly have access to hundreds of new applications. Users, reluctant to move from Windows 7 or 8.1 will now have access to the same Edge that was reserved for Windows 10 users only.

But Microsoft is not stopping there– it wants to bring Edge to the MacOS. This makes sense if you consider that Microsoft wants all devices in a company to be using the latest version of Edge. This, of course, means that they must include MacOS in future updates. 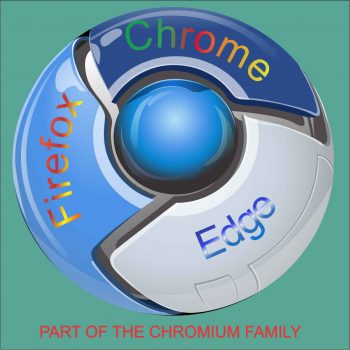 According to Joe Belfiore, Corporate Vice President, Windows, “For the past few years, Microsoft has meaningfully increased participation in the Open Source Software (OSS) community… Today we’re announcing that we intend to adopt the Chromium open source project in the development of Microsoft Edge… As part of this, we intend to become a significant contributor to the Chromium project.” Actually, when Microsoft released the mobile version of Edge, it was based on open source.

There are still millions of Windows users not using Windows 10. This support for older versions should be a major plus for Organizations using not only different versions of Windows but also the MacOS within its facilities. There is also a plus side for average users like us. Edge has proven to be a secure browser environment and now having access to the same applications as Chrome makes it even more attractive. Include that with faster updates, more input for the open source community, and continued support by Microsoft, might make Edge deserving of another look.

As soon as there is a Windows Insiders’ release of the new Chromium-Based version of Edge, I will post it here.

3 thoughts on “Older Versions of Windows To Support Edge”