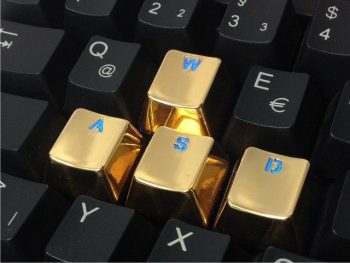 Having read fellow author Richard Pedersen‘s excellent article, laying bare the details of his system, my interest was piqued and I couldn’t resist the chance to show off my systems.

I run two main computers which are predominantly gaming machines and I also use them for the more day-to-day things in life such as writing for DCT, editing my books, and the usual general usage. I also have a Lenovo laptop which I only use when travelling. My software collection isn’t as extensive as Richard’s, but we do share the same passion for tinkering with hardware, which in itself is a pleasurable and never-ending quest for perfect PC optimisation.

I build all my machines and have done since the late ’90s, as well as building PCs for customers. This PC has always been my main gaming machine and over the years I’ve upgraded it more times than I can remember. From a Pentium 4 in 2005, later upgraded to an AMD Phenom II x 4 965, through to an FX 8320. I’m now running a Ryzen 2600X with the following specs:

This is, without doubt, the most potent machine I’ve ever used and it will play every single game I own, on ultra settings, without even breaking a sweat. Talking of which, the summers in Buenos Aires are very hot and humid, so good cooling is vital, hence the H100i and three 120mm fans in the case. My favourite game genres are first-person shooters and arcade car racing and I always choose the games that look graphically spectacular because of “Shiny Thing Syndrome” (STS). 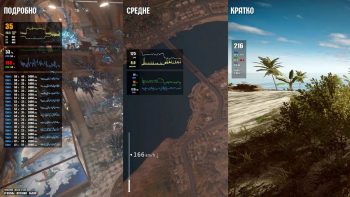 I also run numerous proprietary Programs from Corsair and Asus for controlling RGB lighting, fan speeds and other forms of monitoring, but I don’t overclock either the GPU or the CPU. In fact, the Ryzen 2600X CPU has an auto-boost feature bringing the clocks up to 4.3Ghz when needed and then dropping back down. The general consensus is that, with many of these new Ryzens, overclocking just doesn’t achieve very much. 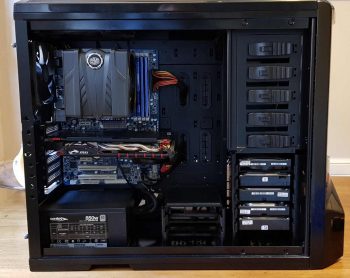 Although this is also a gaming rig, I use it during work hours and often need to connect customer peripherals and hard drives for testing, so really, it’s more of a workhorse. I originally built it in 2011 and, apart from overclocking the CPU a tad, I probably won’t upgrade it any further. The only component that lets it down is the GPU.

I use exactly the same software as my main gaming rig, with the addition of proprietary hard drive diagnostic programs from WD, Seagate, Hitachi, and others.

As previously mentioned, I also have a Lenovo 15″ laptop, the only computer in our house running an Intel CPU (Core i3), which I’ve upgraded to 8GB RAM and a 250GB SSD. I also run it with a wireless mouse, since I could never get used to the touchpad, which I’ve always considered the work of Lucifer himself. In fact, I bought it for a song from an American expat who was returning home and after fitting a new keyboard for him, I bit his hand off and bought it.

During my last trip to England in August, Shiny Thing Syndrome took a hold of me, so I bought a Galaxy Note 8, which is an incredible smartphone running an octa-core processor, 6GB of RAM, dual rear cameras and 128GB of storage. 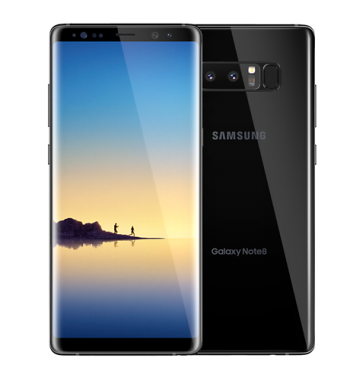 It also comes with the incredible S-Pen for doodling, and as shiny things go, it’s the mutts nuts. My wife now has the Galaxy S8, which she’s delighted with.

In our house, we also have three or four other PCs used by my wife and her son, as well as several others knocking about in my workshop– one of which I use for the transfer of VHS to digital as a service to my customers. All are running Windows 10, one with XP and from time to time, when the mood grips me, I play with Linux just to stay up to date. We don’t use any Apple devices except for my wife’s son who has a broken iPhone 7 that Santa will be solving by bringing him over to the dark side– Android.

When I’m not writing for DCT, which I have done now since Dave brought me on board in January 2014, I write fiction novels, fix PCs for my customers and ride around Buenos Aires on my motorbike. We enjoy a very speedy 100Mbps Internet connection and I often wonder how my brother, who lives in First World England, manages with his not so speedy 3Mbps (1.5 in reality). Maybe we’re not so Third World down here, after all.

I’m very lucky to be able to write for DCT since there are so many subjects that come to mind and it’s certainly true that I’ve picked up an enormous number of tips along the way.

6 thoughts on “My Systems, What I Use, And Why”