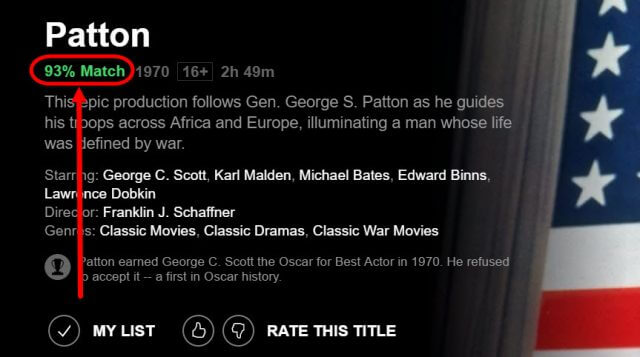 Netflix Is Now a Dating App

Without doubt, Netflix is the world’s most popular media streaming service; it’s easy to use, offers an amazing variety of content and until very recently used a tried and tested five-star rating system that made sense and was logical for viewers to relate to. All that has now changed with a dumbed down, binary choice like/dislike rating system that leaves no room for grey areas whatsoever. It’s truly awful and when I first saw the green match percentages appear on my screen a few days ago, I scratched my head and asked myself ‘93% match for what?‘ Apparently, and according to Netflix themselves, this new rating system is ‘kinda like a dating app‘, which leaves me thankful that I don’t use Netflix to find my perfect partner in life, even if I was looking, which I’m not by the way. 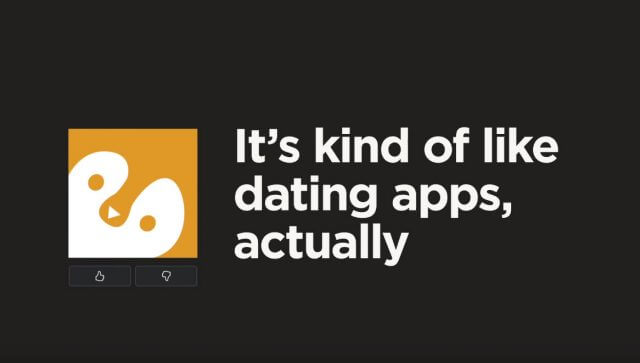 Clearly, one man’s meat is another man’s poison and whilst I may love to watch a rabble-rousing conspiracy documentary or an action packed and gut wrenching war film, we all have different tastes thankfully, most of which fall in that grey area somewhere between a simple like or dislike.

It’s certainly true that reviews and five-star rating systems don’t always reflect the merits or otherwise of a series or film, because it’s so subjective, but it’s certainly more accurate than a simple thumbs up or down. Even Facebook changed its like/dislike options, moving away from a simple binary choice, correctly recognising that tastes come in all shades of grey. Which reminds me, every time I end a technical call with some utility company, a recorded message usually asks me to rate the service I received on a scale of one to five and I’m happy to oblige. It is, after all, a practical way for them to gauge the experience. However, if those same utility companies were to use a binary choice option of say, press ONE to like the service and TWO to dislike, those measurement parameters would be severely narrowed and allow no room for the partially satisfied customer. Or, shock horror, your school teacher returns your thesis on The Theory of Everything with a thumbs down and no further explanation, which would leave you scratching your head. 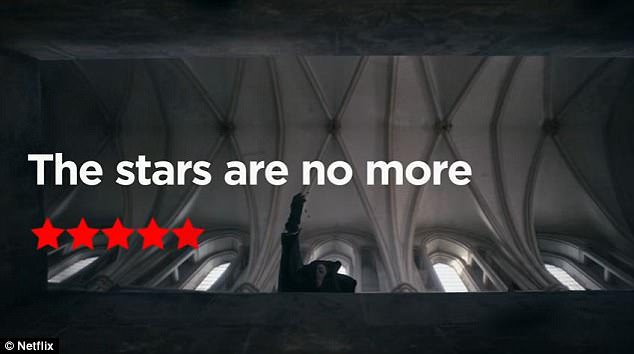 Netflix’s argument, which is sound in theory, is that your like or dislike, simplified down to a binary choice, will help them offer you the viewer similar features that match your tastes. That’s all well and good up to a point, but it misses the nuances of all the grey areas in between. Very often, if I find a film, series or documentary I’ve never heard of yet sounds interesting I’ll head over to IMDB first and check out the general consensus in the reviews and star ratings; but it’s not always the arbiter for taste, simply a guide.

Where Have All the Netflix Reviews Gone?

If I’m not mistaken, this new rating system appears to have cleared out thousands of reviews and I definitely remember reading a long list of reviews for Making a Murderer, Mad Men and The Good Wife for example, but they seem to have disappeared overnight. Again, I may be completely wrong, but I’m pretty sure there isn’t a bug in the software, so where have they all gone? 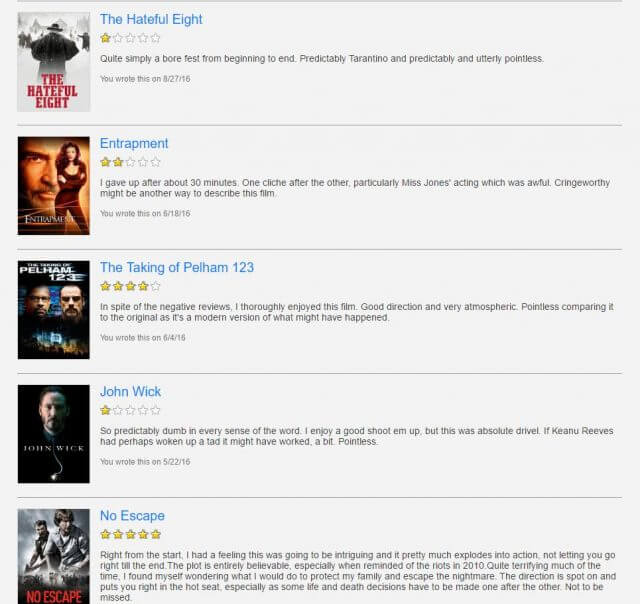 Call me simplistic if you will, but when I glance at a title and see an indicator of popularity shown in little gold stars, my brain automatically registers the scale of merit that’s being projected because it’s iconic. On the other hand, a number and a word have the opposite effect. I have to work harder and although it may only be a matter of milliseconds, my brain simply won’t compute that kind of alphanumeric information anywhere near as quickly or pleasingly.

Glancing through the Trending Now titles on our Netflix account I can’t help noticing that practically all of the suggestions have an average 90% Match, which I have to assume is a figure derived from a viewing algorithm spitting out some mathematical data based on my viewing habits. What it doesn’t tell you is anything related to the general consensus on the title which is the kind of information I want to see. Is it any good good? Is it utter crap or somewhere in between? Clearly, Netflix has no interest in viewers using critical judgement anymore and would rather have us join the ranks of the already dumbed down. Nice one Netflix!

Take the example above to see what I’m talking about. Boca Juniors 3D – The Movie is being offered to me as an 84% Match, which is odd for the following reasons: I have zero interest in soccer, I do not support Boca Juniors and I don’t recall ever having watched anything soccer related on Netflix. Kind of begs the question, whose algorithm are they using?

And finally, here’s Netflix’s rather bizarre promo video showing us how to dumb down our lives, if you can bear to watch it.

General consensus? Speaks for itself…

6 thoughts on “Netflix Screws Up With New Rating System”