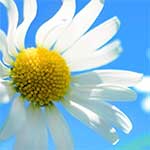 We have discussed many aspects of Windows 8 (and will continue to do so) including the new Start Screen and the lack of a “Start button” or Orb on the taskbar of the classic Desktop, which has to be the one change that had everyone up in arms about the new OS. So much so that there are no less than three different programs to bring back the Orb in some fashion; Start 8, ViStart, and Classic Shell.

While the Start Screen in Windows 8(which I like – a lot) is an extended and improved version of the old Start Menu most of the programs I use are what is now referred to as “legacy” and run in the classic desktop, so 85% to 90% of my time is spent there. Not a huge problem, and something that will certainly be improved over time.

Shortly after customizing my Start Screen I began thinking about a reasonable way in which I could change the desktop that would be both productive and not interfere with Windows 8’s normal operation. I soon realized the best direction, for me, to go about this would be to emulate the Start Screen on the desktop.

Pin the programs to the Taskbar?

My first thought was to pin programs to the Taskbar, a la Windows 7, but I prefer to keep shortcuts to my most heavily used programs pinned to the taskbar and keep the remaining space for opened programs. This is my rendition of the the old Quick Launch Toolbar days and can be seen in my desktop screenshot above.

If you like the idea of having your legacy programs pinned to the Taskbar go right ahead and do it! Simply go the the Start Screen and right click on a tile to open the menu where you can click on Pin to Taskbar. NOTE: Only legacy programs, which run in the classic desktop can be pinned to the Taskbar. The new Windows 8 Apps can not – they run in a separate environment named WinRT. 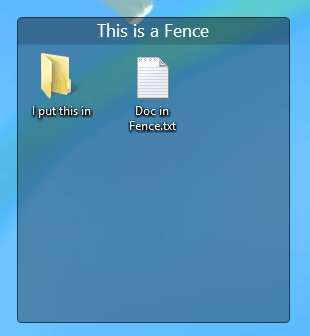 Fences is a program that allows you to create containers called fences (why fences?) on the desktop. You can label, or name, each container and place shortcuts, icons, etc inside the containers. I’ve used Fences in the past to organize my desktop and separate projects into manageable groups with success. It is very effective and is available in both free and paid versions.

In the end I decided to use Fences to emulate the Start Screen on the desktop. I’m going to use the paid version because it adds some customization options and other improvements, but the free version would suffice just fine if you don’t want to fork over the $10.

Installation is painless and you’ll find a new icon, slightly different for each version, on your desktop, but you want to do some preparation first!

Create a desktop icon from the Start Screen

Locate the icon on the Start Screen you want to add to the desktop – remember that Metro Windows 8 Apps can not be added to the desktop. Right click the icon and choose “Open file location”.

This will open a File Explorer window showing the programs shortcuts. 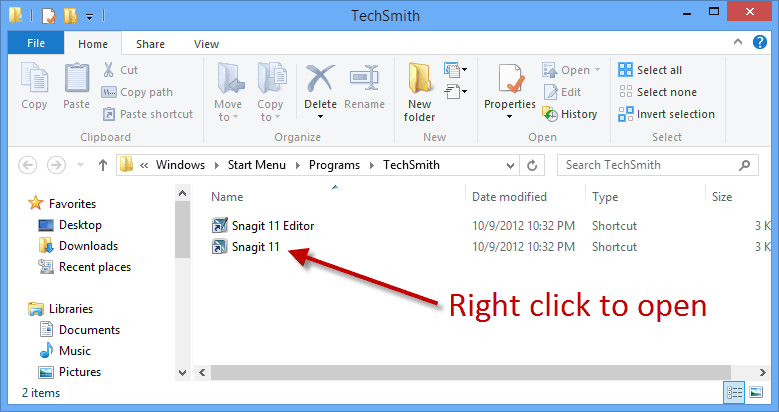 Right click the icon you want appear on the desktop to open the menu. Move your mouse down to Send to and it will expand to show the available options. Move your mouse over to Desktop (create shortcut) and click. This will create an icon and shortcut on your desktop.

Create fences on the Desktop

To create a Fence on the desktop place your mouse on a blank area of the desktop and right click. While holding down the right mouse button drag the mouse diagonally to determine the initial size. When you release the right mouse button a menu will open – just click Create Fence Here. No need to be exact and the fence can easily be re-sized later.

Once you have the title, size, and position you want simply drag icons from your desktop to the Fence!

Using the above information I created 6 Fences titled; Tools, Web & Development, Office 2013, Maintenance, Utilities, and To Do. Created the missing icons on the desktop, moved the icons to the appropriate Fence, and positioned the Fences in a similar manner as the Start Screen.

It’s obviously not perfect and I’ll continue to refine over the next few days. There are Metro Windows 8 Apps I can not add and I definitely need to work on icon placement along with a possible additional Fence/category for miscellaneous items, but you get the picture. Neat and organized with an appearance that mimics the Start Screen thus allowing a more familiar interface throughout the Windows 8 experience!

Even if you have no desire to achieve my results I think you’ll find Fences to be a very useful addition to your desktop!

2 thoughts on “Navigating your way around Windows 8: Customize the desktop”