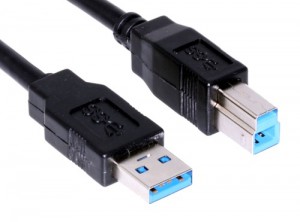 Hardware manufacturers debuted super speed USB 3.0 all the way back in January of 2010 (eons ago by today’s standard cycle of product releases), but even two years later, few people are actually using the connections. At CED in January of 2010, 17 USB 3.0 products were released such as computers from HP and ASUS as well as storage solutions by Fujitsu, Gigabyte, and Western Digital. Still, popular consumer technology has gravitated toward Android and iOS smartphones and tablets for the past two years, so manufacturers have been putting a great deal of their eggs in those baskets. Since the focus of many tech co’s has been on wireless and mobile technology in the recent pass, the adoption of USB 3.0 by many companies has been relatively slow in comparison. Apple is the only manufacturer who has really committed itself to ramping up speeds of connection ports, but (proprietary as always) they have chosen to back Thunderbolt technologies for connecting their various computers, monitors, and other devices.This is all set to change by the end of this year (the world as we know it?) when phone and tablet manufacturers are scheduled to heavily adopt USB 3.0 technologies.

From the USB.org page detailing the features of SuperSpeed USB (USB 3.0) it’s easy to see why so many people are anxious to get this technology to their beloved mobile toys:

They’ve also got a video, for those hungry media consumers:

At last week’s CES in Las Vegas, Rahman Ismail, chief technology officer at USB Implementers Forum, had much to say about the upcoming inclusion of USB 3.0 by tablet and smartphone companies. He stated that MicroUSB connections utilizing USB 3.0 technology when connected to computers will make data transfer much faster, “What takes 15 minutes will roughly take 1 minute and 10 seconds.” Also, the new Micro USB ports with 3.0 abilities will also be backwards compatible with USB 2.0, which is great considering many smartphone buyers don’t have enough tech savvy to even pay attention to USB connection types. I’m sure manufacturers and mobile services providers would go berserk trying to explain to customers, “buy this phone if your computer allows 3.0 USB connections, but you can only get this phone is you’re still using a 2.0 USB connection.” Ismail also spoke on the slow adoption of USB 3.0 in laptops pointing out that slimmer laptops require slimmer ports. The USB IF organization is trying to slim down USB 3.0 port sizes, as the industry moves more and more into the Ultrabook arena. “The height of laptops is being limited by VGA,” Ismail said, “and we’re next in line.” If it’s not obvious by that quote, I’ll spell it out: USB 3.0 is going to be a considered for primary A/V transfer, much like HDMI.

One company, Cypress, is hoping to be on the forefront of the USB 3.0 adoption by phone and tablet companies. They’ve created something known as Benicia, a feature found in Cypress’ West Bridge semiconductor that is essentially a new platform for data transfer. This development is so extra special because it relies on its high efficiency data transfer “Offload Engine” which allows many more Input/Output Operations per second via sideloading of content at 200MB/s. Cypress is also touting its SLIM II technology (Simultaneous Link to Independent Multimedia) which they say gives performance boosts across the board in memory, processing speed, etc on devices with the West Bridge. 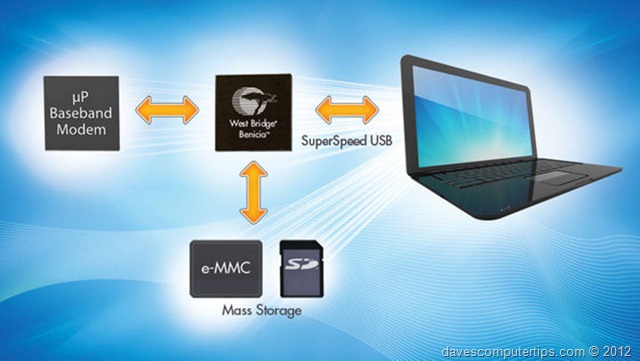 Cypress is looking to implement their semiconductor and USB 3.0 technology on smartphones and tablets for a variety of reason, and speed is at the top of that list. However, battery charge times could see a dramatic reduction as the new standard becomes just that: standard. While USB 2.0 connections between computer and device allow for 500mA of energy transfer, USB 3.0 can achieve 900mA, and Cypress thinks this may help reduce charge times by close to 50%. This all sounds well and good, but one would think we’d be better off waiting for the apocalypse than holding your breath for any real changes to be made any time soon. Or maybe not. Cypress claims to be working with “multiple top-tier phone and tablet manufacturers who have shown keen interest in this solution.”

5 thoughts on “Like all great tech, USB 3.0 has major mobile plans”