Perhaps its most unusual feature is the “Mayday” button which enables you to connect for free to an Amazon expert 24 hours a day, every day of the year.

Netflix has rolled out Super HD video quality option to all users and devices.  It was originally introduced in January only through ISPs with a direct connection to Netflix.  Super HD is a full-HD video without certain compression techniques used on standard HD playback.

The Most Valuable Brands Go Tech 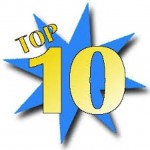 While the Top 5 last year was tech-laden with Apple, IBM, Google and Microsoft taking slots 2 through 5, Coca-Cola was sitting on top of heap.  This year, the Top 5 companies haven’t changed but their order sure has.  Apple and Google have soared to the top 2 spots, with Coca-Cola sliding to #3.  IBM still remains ahead of Microsoft but slips to the #4 slot.  Apple’s dominance this year ends a 13-year reign by Coca-Cola.

Rounding out the Top 10 are GE, McDonalds, Samsung, Intel and Toyota.  These are the same companies as last year but Samsung cruised past Intel in this year’s rankings.