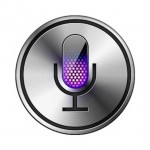 Siri is the intelligent personal assistant that allows some Apple iPad and iPhone users to speak natural language voice commands in order to operate their device and its apps. It was originally introduced in 2011 as part of the iOS 5 and iPhone 4s launches.

I say ‘it’ because, with iOS 7, Siri can be either male or female so I can no longer say ‘she’. Until iOS 7, Siri was always female. So I will refer to the male and female counterparts as Mr. Siri and Ms. Siri, respectively.

Recently, CNN as well as many other news outlets, reported that the person whose voice is Ms. Siri’s has come forward. Her name is Susan Bennett from suburban Atlanta. In addition to being Ms. Siri, she may also be that voice in your GPS device and will be addressing you should you be in a Delta airport terminal. Of course, true to form, Apple will not confirm whether she is Ms. Siri or not.

I must admit that I read the numerous articles with some degree of curiosity. If you follow tech news at all, it was virtually impossible to ignore the story.  While I knew that a real person was behind the voice, I never gave it much thought.

So, now I know who the female Siri is. Every time that I used Siri in the last few days, I pictured Ms. Bennett. Nothing against Ms. Bennett but I was much more comfortable invoking Ms. Siri’s assistance when she was anonymous.

For that reason, I have switched over to her male counterpart, Mr. Siri  (Settings > General > Voice Gender). All I ask is, Mr. Siri, please don’t come forward.  Anonymity can be a good thing (at least for me).