iTunes 11.1 was released by Apple this week in conjunction with the iOS 7 release.  New features include:

Genius Shuffle – This will shuffle your music library, allegedly playing songs that go great together. 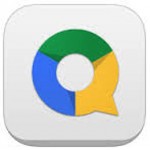 Quickoffice, Google’s productivity suite, is now free for iOS users that have a Google account.

Version 6.1.0 is available in the App Store for iOS devices running iOS 5.0 or later.

NASA’s Curiosity rover tested the Martian atmosphere and, to the surprise of many scientist, found no methane.

Previous data had indicated a presence of methane.  Methane is of particular interest to scientists because it could be an indicator of the presence of life on the red planet.

Until now, Neilsen has used a special set top box in 10,000 homes nationwide.  People who streamed live TV have not been included.

Next fall, Neilsen’s Digital Program Ratings will be gleaned from 5,000 people.   Demographics will be determined from Facebook user data.

As reported by C|NET , Microsoft announced Windows 8.1 pricing this week. As previously annouced, anyone running Windows 8 will receive a free upgrade. For those running Windows XP, Windows Vista or Windows 7, the cost will be $119.99. The Pro version will cost $199.99. These are the same prices previously charged when upgrading to Windows 8.

Not News, But Funny 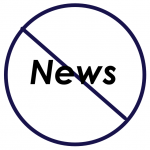 This kid definitely is not a fan of the new look of iOS 7.  Trust me, kid.   Once you get used to it, you won’t want to go back.