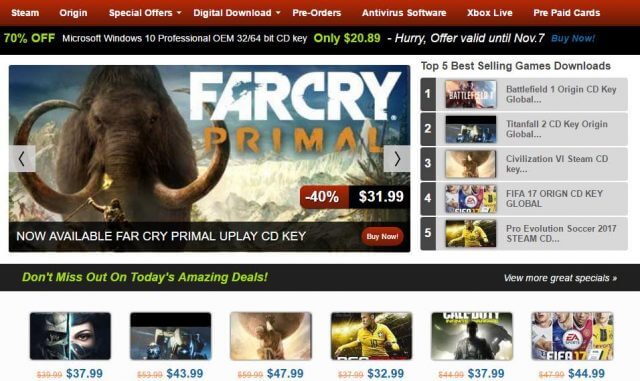 My recent article, Five Reasons Why Microsoft Store Sucks, not only highlighted some of the shortcomings of that particular online store, but also made reference to other means of obtaining keys for software, notably games. I found myself in a kind of Catch 22 situation when I wanted to buy a certain game directly from Microsoft and ended up buying the game key from an online retailer specialising in selling video games at extremely competitive prices. Here is my experience.

Due to Microsoft’s heavy-handed region-locking policy, I was being practically forced to pay around $120 in Argentina for a game that in other regions of the world costs around $60. An unacceptable situation as I’m sure you would agree, so I began to delve around by first Googling Microsoft games region locking and after trawling through numerous and understandably angry tirades, I casually happened upon a post in Reddit where this issue is being discussed, with particular reference to the game I was pining for, namely Forza Horizon 3. Scrolling down the many opinions, I came across, “Ha ha, I got my copy at CDKeys.com. f**k Microshaft!”, or words to that effect. So I did and went shopping instead.

Never having used an online software key (often referred to as CD Keys) retailer before, I was a little trepidatious as I had a few preconceptions from what I’d vaguely picked up over the years and did some further investigation, only to find that most of the reports were favourable. One particularly reliable source I found was Trustpilot, a site dedicated to accepting reviews of practically anything and CDKeys.com was scoring an impressive 92% five star review aggregate, so I headed over to see what all the fuss was about and more importantly, whether they had a key for the coveted Forza Horizon 3. 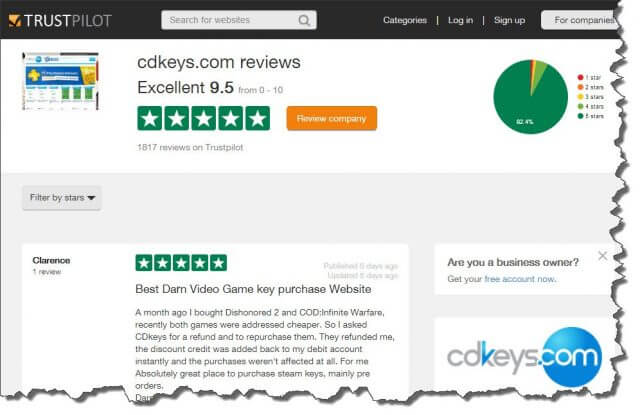 Actually, to say I went shopping is a little misleading. Having been truly pissed off with Microsoft’s scandalous overpricing and hammer-like attitude, I wasn’t in the mood for window shopping at all and like most blokes who don’t like to shop, I went for the kill instead. What a pleasant surprise then, to find that CDKeys.com had the game I was after, but were also offering 5% discount for liking their Facebook page. 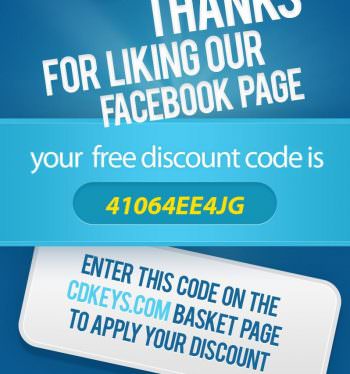 Naturally, I ‘liked’ them on Facebook and headed over to their website to make the purchase using my new PayPal account and it was a relatively pain-free experience. As a first-time customer and once the order has been placed, they carry out a fraud check by sending an SMS to your mobile phone with a code number, which you then input into the online form and thereafter the product key appears. Incidentally, I’m not a great fan of SMS verification, as handing out my phone number willy-nilly kind of goes against the grain. However, when you consider that more and more online retailers are using this kind of two-step verification, including Google, Apple and Microsoft, it largely becomes a moot point. In this case, it was a one-time SMS verification and further purchases will require simply logging on to the account only.

The entire process takes minutes under normal circumstances, although in my case PayPal put my payment under review for some inexplicable reason (they don’t tell you this, they only tell the supplier), but that’s another story. It’s also worth pointing out that this retailer uses CloudFlare as a defence against a DDoS attacks, but once it’s decided that you’re friendly, that’s the last you see of CloudFlare.

It was at this point I became worried Microsoft Store may reject the product key as either fraudulent, incorrect or already used, even though the key was clearly shown as worldwide (as opposed to EU or US only, etc), but fortunately those worries were unfounded, the key was accepted and I proceeded to download the game without further ado. 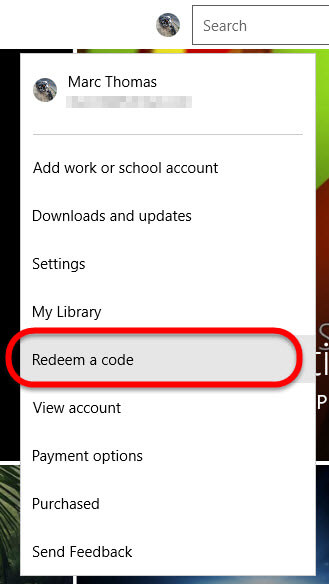 I still can’t fathom why a game such as this has licenses which are restricted to certain countries, yet on the other hand there are license keys available that are eligible for worldwide use. Anyway, if you’d like to know some of the ways in which legit keys are generated, go to How are Software License Keys generated? at StackOverflow. 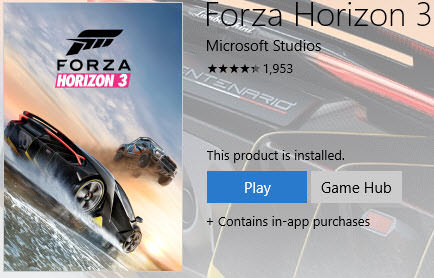 I’m not qualified to comment on their legitimacy one way or the other and can therefore only convey my experience and what I’ve read on the net. From what I can gather, many software key retailers buy the keys in large quantities, some buy physical CD/DVD cases and scan the codes and others trade keys in virtual marketplaces.

With an extensive, reliable supply chain and purchasing power, cdkeys.com can aggregate sales volume – we then pass these bulk reductions on to you, which ensures our pricing is the most competitive around! ~ CDKeys.com

Let’s face it, there’s a market for everything, but how do you ensure that what you’re buying is from a legitimate source? How do you know if the money you pay finds its way back to the developer? I suppose in the case of games, you could take the belt and braces approach and only buy from Steam, Uplay, Origin, GOG, Microsoft and others to name but a few. However, when you look around and find the very same game or software program for sale at another, let’s say, less well known retailer, you’re going to seriously consider it aren’t you? It’s no secret that you can acquire Windows 10, 8 and 7 at very competitive prices at numerous outlets online and for the purpose of comparison, I found various posts on Reddit advertising cheap Windows prices and the picture below illustrates this very well. 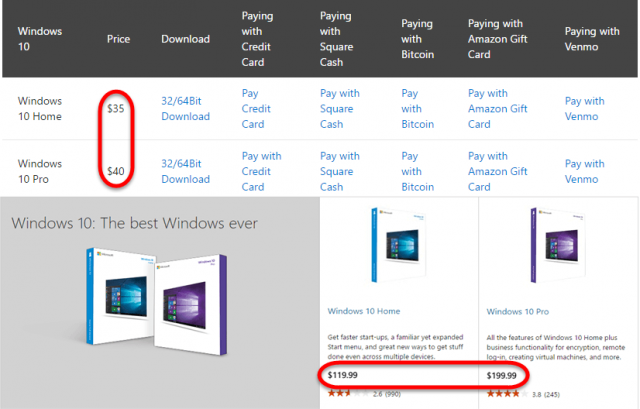 Clearly, there’s a huge price difference here; it’s up to each individual to make their choice at their own risk and one only has to Google the requirement, as prices are advertised in the public domain. Clearly, they are not hiding behind a veil of secrecy and in my case, I bought from an online retailer, not because I was looking for a bargain necessarily, but for the reasons stated; Microsoft had given me the runaround, so I went elsewhere. Would I buy a product key from an online retailer again? Take a look at the image below and ask yourself what you would do.

In my limited experience so far, I found the entire exercise to be perfectly safe and apparently legitimate. I can only use CDKeys.com as a reference of course and they delivered exactly what I ordered, ie, a game key without regional restrictions at a competitive price. It’s worth pointing out that most product key retailers do not offer products for download from their websites, are not keygen outfits and, again in my personal experience, do not hide from view. There have been stories of product keys being revoked retroactively by big game publishers such as Origin/Electronic Arts, but there are also reports of those same publishers reinstating keys later. This is very often referred to as a grey market which treads a fine line between legal or otherwise, but most consumers who buy software in this manner are simply concerned with the end result– a working game or program. One could also argue that, with so many game keys available at discount prices and DRM (anti-piracy measures) becoming more sophisticated, it really is worth paying $10 for a $50 game, rather than resorting to keygens, torrent downloads and cracks, experiencing all the risks that those methods involve, paying nothing at all and in some circumstances receiving a visit from a DCMA swat team.

Would I buy a Product Key again?

They say there’s no such thing as a free lunch and if it looks too good to be true, it probably is. On this occasion however, I may not have gotten a free lunch, but I got what I wanted and will probably buy from CDKeys.com again if the savings are significant.

***This article is NOT an endorsement of CDKeys.com and the views expressed are a personal opinion only.

2 thoughts on “Is It Safe To Buy Software Keys Online?”