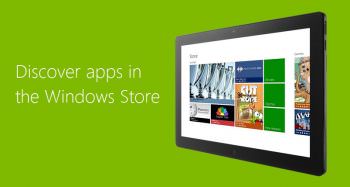 It all started last week when I read a mini review in The Telegraph for the best games of 2016 (so far) , spotted Forza Horizon 3 and it all went rapidly downhill  from there. You see, this particular game is exclusive to Microsoft, being a flagship title for their new XBox Play Anywhere system incidentally and to buy it, you either have to get it from Windows Store (aka Microsoft Store, go figure) on your PC or the web version. It’s no coincidence either that I’d just opened a local PayPal account in Argentina which was burning a hole in my pocket and a shiny new and highly rated car racing game for my PC became a temptation which was impossible to resist. 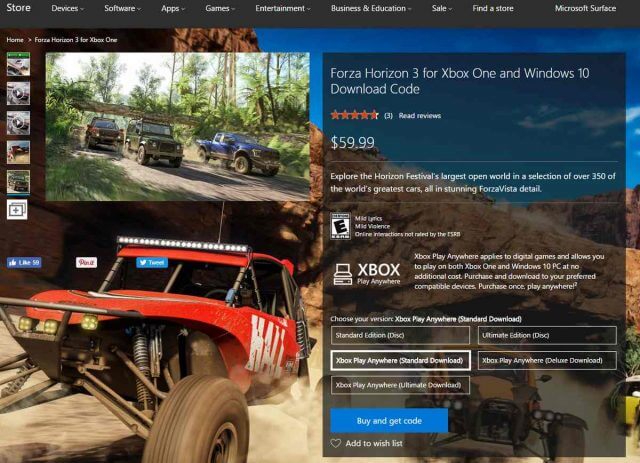 For any game purchase, my first port of call is always Steam, but since this game is exclusive to Microsoft I had no choice but to head off to Windows Store on my PC, which is not an area of Windows 10 that I use very often, because it’s so utterly dire. What I hadn’t realised is that the Store is automatically set to your PC Windows region, which in my case is set to United Kingdom simply for my language, keyboard layout (which doesn’t change the region) and the fact that I happen to be British. 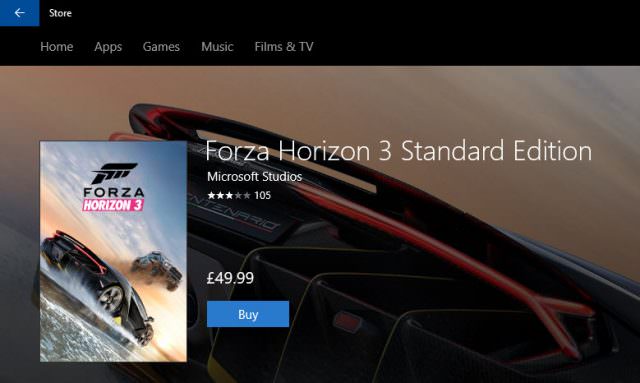 All fine and dandy up ’til now and a quick glance at the US price shows no real price difference in US dollars (US$59.99) and being determined to use my shiny new PayPal account, I hit buy, added PayPal as the preferred method, rubbed my hands together in awe and trepidation and then hit continue. 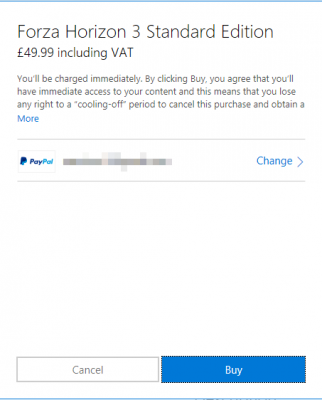 PayPal is PayPal right? Wrong! (assume Trump pose here) So as I was rubbing my hands a little more excitedly and psyching myself up into a frenzy of off-road mayhem, I was mortified to see the following message displayed on the screen. 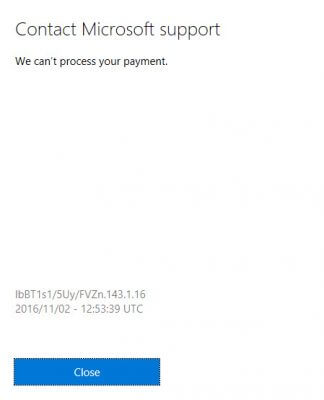 “We can’t process your payment” could mean a multitude of different things and what first occurred to me were:

So, with Shiny Thing Syndrome well into its advanced stages and being absolutely determined to use PayPal as my method of payment, I changed my Windows region to United States, which insists on a physical postal address (in a welcome to the free world kind of way) before any payment method is even shown, which was clearly a non-starter for me since I don’t live there (although, the idea of moving there has occurred to me quite frequently, I might add) and finally to Argentina, where the only option shown is to pay by credit card. And then it clicked! 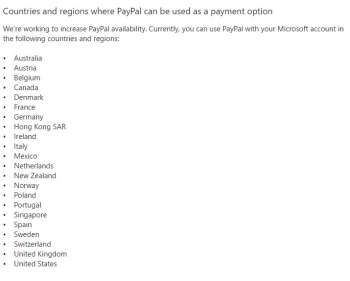 Further investigation showed that Microsoft only works with PayPal in certain countries, none of which include South America, which I found surprising, kind of. But what I found even more surprising was that the message, “We can’t process your payment” made no reference whatsoever to regional PayPal accords and in fact was no better than the the infamous Blue Screen of Death, in that it tells you absolutely nothing intelligible or helpful at all. Nothing, zilch.

So, in desperation I then reset my regional Windows settings to Argentina as an exercise, as if I were going to pay by credit card (which I wasn’t going to do of course), only to discover that the price of the game had skyrocketed. Here, take a look: 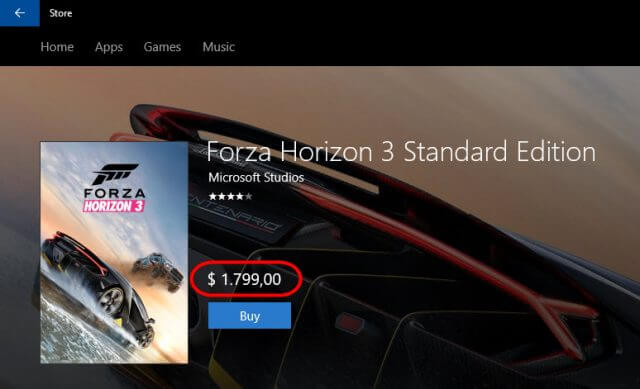 I had to assume that the price quoted was Argentine Pesos, as this is was not made clear at all. It could have been Groats, sheep pelts or Monopoly money for all I knew and grabbing my calculator, was astonished to find that the game, when bought in a virtual Argentina (at an exchange rate of US$1=ARG$15) is a staggering US$120, which is exactly twice the price! Why? Additional non-existent shipping costs? Anyone living south of the border is easy prey?

Without a doubt, this was a total WTF! moment and once I had picked my jaw up from the floor I started to weigh up my options. These were all blown completely out of the water when I discovered that most digital purchases from Microsoft are region locked. Another WTF! moment, which had me harking back to the bad old days of DVDs and all that crapulous nonsense from Hollywood. Here, take another look: 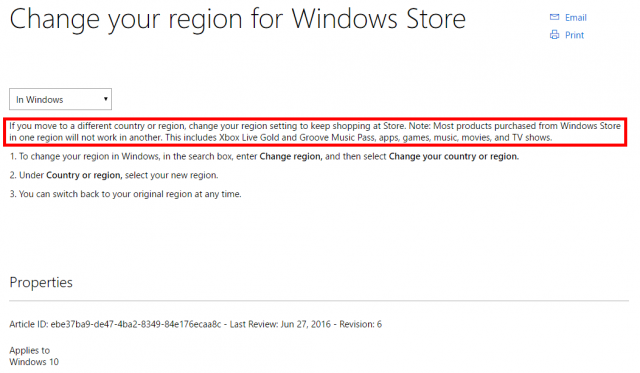 When I was weighing up my options I had considered asking a pal or family member across the seas to buy the game on my behalf and I would then remit the cost to them from my PayPal account, but since I’m determined to keep my Windows settings as region UK, I discounted that, which brings me to the subject of Microsoft Gift Cards. These you can buy in certain prepaid amounts up to US$100 and they can be delivered to the lucky recipient by email, but it must be remembered that the gift card has to be spent in the same currency of the country in which the recipient resides.

This is all relatively understandable of course, but if you live in the US and want to send a (game) gift card to someone in another country, say Canada or the UK, the game may not work and you’ll receive an error. What this has resulted in, is people using VPNs (a la Netflix) and all kinds of other shenanigans just to get their hands on a particular game due to Microsoft’s restrictive practices. Further, apart from only being able to buy a gift card for someone, which is akin to giving them a postal order and all the restrictions that that implies, Microsoft doesn’t appear to offer the singularly simple option of buying or gifting a game code as you can on Steam. The beauty of this is that the lucky recipient need not concern themselves with currency headaches whatsoever; all they have to do is redeem the code on their platform of choice and enjoy the frigging game. 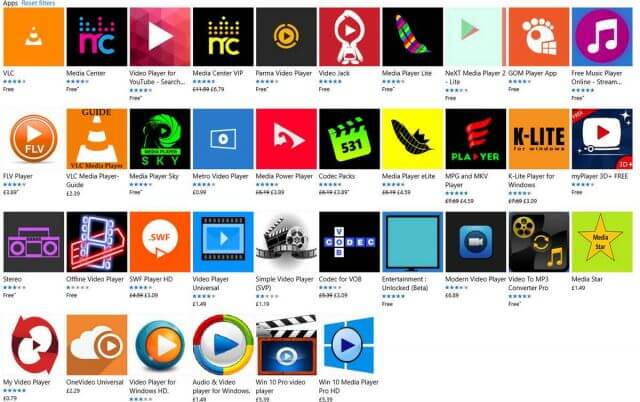 It seems that Microsoft has cleared out a lot of junk from the store over the last couple of years, but it still remains a honey trap for people who don’t know any better, tempted to shell out money for useless apps imitating reputable apps like VLC which are totally free of charge anyway. But back to my experience trying to buy Forza Horizon 3, which is being touted by Microsoft as a flagship XBox Play Anywhere title, which is a wonderful oxymoron if you think about it, because you can’t just buy a game from Microsoft and play it anywhere at all. You have to play it in the country where you are supposed to have bought it. So much for globalisation! 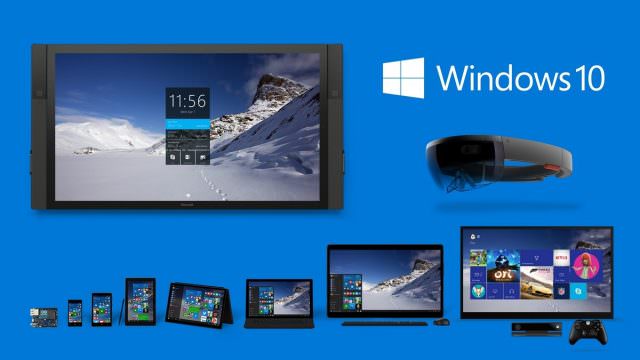 I’m all for the Windows Universal Platform, but I just wish Microsoft would extend that universality to region locking, or preferably, simply ditch region locking altogether.

A game is a game right? 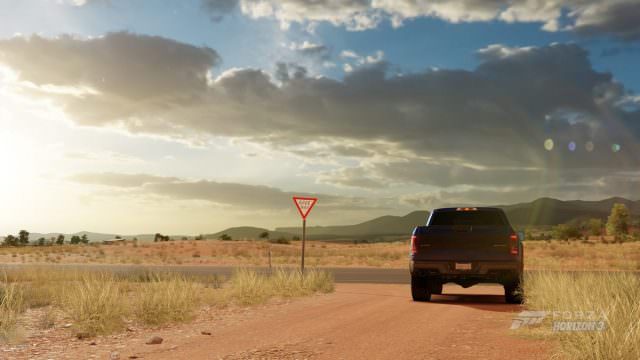 Wrong! (assume further Trump pose here) No, according to where you buy it, it appears to be paramount to Microsoft, where all most of us care about is just playing the game. The problem here is that Microsoft doesn’t make it clear at the point of purchase, and to find out anything about their region locking requires some serious delving into their terms and conditions. Further, when something goes wrong with a transaction, the error report (or lack of) is so damned vague as to be practically useless. I’ve read some woeful tales of people buying or being gifted games quite innocently from other regions of the world, only to discover that the game won’t run on their machine, having spat out some completely unintelligible binary error code. What utter nonsense! On the other hand, Steam, which is a dedicated game platform, is completely up front about practically every aspect of buying games from them as this helpful article, Region Restrictions on Steam explains. And that’s not to mention gifting games on Steam, which in my eleven years on that platform, has worked flawlessly. 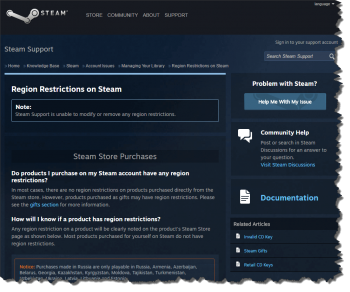 Microsoft could learn a great deal from Steam as far as games are concerned and maybe their Universal Windows Platform will go some way towards addressing their many shortcomings, not to mention the outrageous regional pricing. We can but hope anyway and if Microsoft’s Phil Spencer is to be believed (the same Phil Spencer who cut an XBox One exclusive deal on Rise of the Tomb Raider incidentally), we may see more Microsoft games on Steam at some distant point in an alternative universe.

So what about that game then?

Good question and funny that you should ask. Whilst I was painfully researching this topic, I came across a number of companies online that will quite happily sell you a game code for practically any game in the universe and the one I found is completely legit, has hundreds of positive reviews, will accept all manner of payments (including PayPal Argentina) and most of the game codes are unrestricted worldwide licenses. Oh and they manage to sell the game codes cheaper than Microsoft and others do. Don’t ask me how, so for the moment I’m just going to leave this picture below so that I can imagine I’m playing Forza Horizon 3 in my dreams. 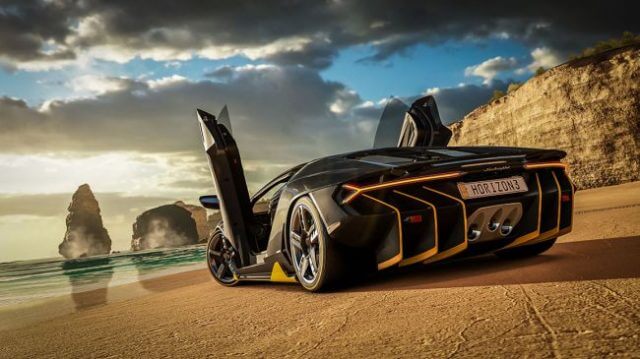