If it weren’t for bad luck, I wouldn’t have any luck at all. No, seriously. Murphy’s Law was designed with me in mind. If a stray bird is going to hit any car on the freeway, it will be mine. If the hotel was going to lose someone’s reservation, it will be mine. If the whole highway is going 90 MPH and the state trooper only pulls over one car, it’s me. And if…well, you get the idea.

In no way is this more demonstrated than my recent car buying excursion. As luck would have it, the transmission on my tried and true Dodge went out completely, allowing me to be without a family vehicle while the search was on. As luck would have it, the first dozen cars that looked promising on Craigslist were sold before the URL was dry (ok, that analogy works better with newspaper ink).

Finally, after a rigorous day and a half of searching (so maybe I have a little luck), the clouds parted, the beam of light came down and lo and behold fresh on the (web)page was a car that fit perfectly in my required criteria in my price range and not yet sold. A phone call or two later, and an appointment is set up. 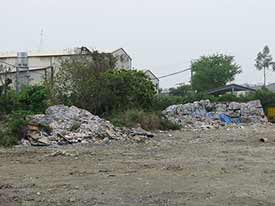 I show up at the requested time and meet the guy selling the car. Right away my scam detector (the 2004 model) is going off because this place looked…shady. The ‘office’ had no furniture or working lights and there is only one guy, with a cell phone, manning the place. The car looked ok (it was sitting right out front), so I muted my detector and went through the motions.

The car ran really nice. Nothing was too terribly wrong for it, especially when you consider the price and the age of the car. I found a few things and pointed them out. I was assured that they could be taken care of no problem. In addition to the car, I was going to sell / trade in my transmission-less car and come out with a really good deal. He agreed to make the minor repairs and I agreed to come back the next day with the cash when the repairs were done.

The next day I took the day off work, went to the bank, and was told I couldn’t have the money I needed that day (it was in my account, just not accessible?). After pleading and arguing with the bank for a couple hours, I was told I could get the money I needed the following day. I called the guy selling the car and let him know it would be another day before I could show up with the cash. 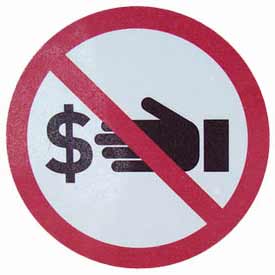 The following day I go to the bank and get my cash out without any issues (figures). I show up back at the lot, cash in hand, and take the car for another test drive. Everything still checks
out, so we step into the ‘office’ to sign all the paperwork. Hold on though, the title isn’t properly signed off so there would be no way for me to register the car. What, really? A few phone calls later and it turns out that they guy who needs to sign the title is somewhere he can’t hear the phone ringing. “What you can do,” they tell me, “is take the car with the title and go see this guy over at such and such car lot.” Um…no thank you.

“Tell you what,” I say, “I’ll come back later when you have the title stuff all figured out.” “If you’re sure…” I’m told. Yeah, I’m sure. I walk out of there fully expecting never to hear from them again (after all, that’s how my luck runs). A couple hours later I get a call from them telling me that they have a plan. (Really?). “Why don’t you head over here after work and we’ll drive out together to such and such car lot and get this title taken care of. Will that work for you?” “Ummm…”, I say frustrated beyond belief at this point. “If that’s what we have to do. I tell you though, my preference is for you to get this all worked out and then I’ll show up and buy the car from you.”. “Well, show up here after work and we’ll sort it out.” Sigh.

Believe it or not, I show up after work to this place and everything is ready to go. Really? Wow. We finish up the paperwork and make arrangements for them to come tow the transmission-less car away.

End of story? Ha! My bad luck has not kicked in fully yet. I get home that night and go to bed and look at my transmission-less car and begin counting the seconds until it is gone. Wake up in the morning and go to work and the car’s gone. Oh neat, they came and got it early. About 11am I get a phone call from the place coming to tow the car asking where it is. They can’t find it…

Tune in next time, intrepid viewers, as we carry the tale forward
into the realm of the bizarre. One of these three things will occur:
A car explodes, a drunk man falls off a roof, Switzerland gives up
its neutral policy and declares war. Join us next time –
same bat time, same bat channel!!