In our last adventure, we explored the depths of my bad luck, the extent I went to to buy a substandard car, and I left you hanging with a burning desire to know more (Right? If I didn’t, I’m not doing my job correctly — so don’t tell Dave, OK?)

However, rather than pick up on the harrowing adventure that I’m sure you’ve been on the edge of your seat for, I’m going to throw out an interesting idea that many of you have probably thought but never said: The personal desktop computer is dying.

That’s right, the desktop computer is dying. Not the workstation you use at work, not the netbook you watch TV with, not the laptop you pull out for ‘real computing’ (whatever that even means), but the personal desktop computer. As in (thank you Wikipedia):

A desktop computer is a personal computer (PC) in a form intended for regular use at a single location, as opposed to a mobile laptop or portable computer. 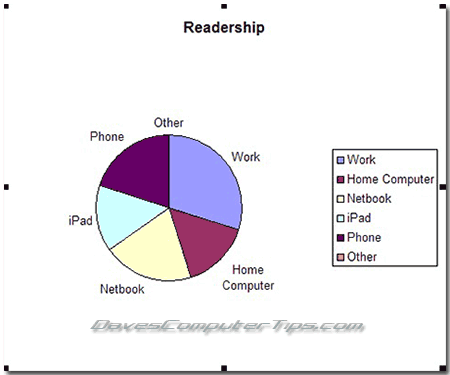 I know it’s hard to believe but made up numbers never lie.

True, I made up those numbers, and true, I have no hard facts to back up my statements, but looking around the market it’s easy to see that it’s not long before this is a true statement. Desktop Computers used to be the center of the home, a place where everything was done. Had to fire off an e-mail? Boot up ol’ Clanky (was I the only one who named my computers?) and wait for the modem to connect then type away. Of course, I had Juno, so I could type before the modem was done dialing. I digress.

Fast forward to today — we’re still very much locked into this mindset. Instead of the computer in the center of the living room, however, all of our data is kept in the cloud (let’s be honest, is there anyone who does not equate “the cloud” with Google?). We have dozens of little ancillary devices to go out and grab our data and our media from places such as Pandora, Gmail, Yahoo, and websites. In fact, the personal computer doesn’t really do anything anymore, so why slave the computer you have to a single location?

Games, accounting, communication, news consumption — all of this can be done with a web browser and an Internet connection. My phone is more capable than my netbook, and I use it (my phone) for nearly every purpose except accounting. I still have ol Clanky for that. (Does anyone know if Quicken will run on a smart phone?). When I need some serious games, I have an Xbox for that.

Personal computers aren’t going away, please don’t think I’m making that argument. Instead, the era of the big, clunky, stuck in a corner, desktop computer is ending. It is being eroded away by multiple single purpose devices – Xbox (or PS3, Wii, etc) for video game playing, Roku for streaming online content, Blu Ray for purchased movies, TiVo for recording television, Netbook for web use, and, outside the office at least, the laptop which is quickly supplanting the needs of the desktop computer.

Rest in peace Clanky. You will be remembered for the fun, horror, frustration, and energy consumption you were well known for.