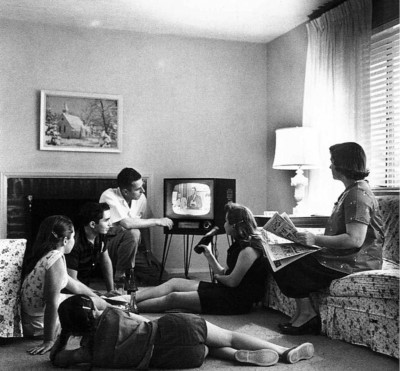 Watching us, watching them

For many of us, watching TV is no longer the linear, force fed diet of scheduled ads every ten minutes interspersed with trash soap and reality shows, and the argument over whether the Internet killed the TV star is still being played out and probably will be for some time to come in a landscape which is as broad as it is wide.

I remember, not that many years ago, when all we had, in the words of Roger Waters, was “..thirteen channels of sh*t on the TV to choose from…“, and that was maybe if you had cable or satellite. 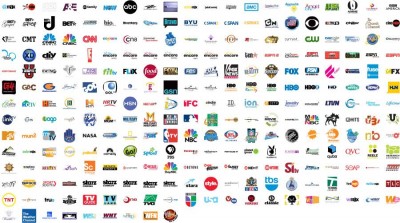 Some might say that now we have even more channels of sh*t on the TV to choose from, but at least we have a wider choice of sh*t and the delivery of content has now been turned on its head.

Can you remember the first time you watched a film or TV show on your PC? I’m not sure if I can remember, but it’s not that long ago.

And do you also remember when you felt shackled to the TV schedule, those interminable ad-breaks and then the phone rings, it’s your mother in law, you can’t get rid of her and you miss the rest of the show? 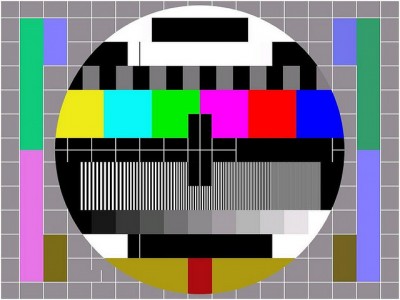 But there’s one small problem; if you don’t have a premium cable or satellite TV service snaking through your house and your pay cheque doesn’t quite stretch to a sexy new Smart TV, you’ll probably have to hunch over your PC in that cupboard under the stairs with its tiny monitor, far away from from your comfy living room or even go next door and sit with the neighbours and their moth eaten cats.But heck, you get what you pay for, right?

Missing a program is an issue that was solved some time ago of course, with PVR’s and other gadgets that superseded VHS recorders. The point here is content choice and easy access. 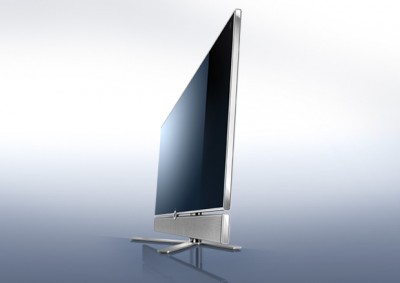 All in the box

Short of bringing Bill Gates, he who envisioned a PC in every home, to camp out in your living room, it’s a relatively simple task to bring everything together in one tidy little package not far from your sofa.

Let’s assume then, that you couldn’t stretch to a Smart TV, but you’ve lurched into the 21st century with at least an LCD equipped with an array of different inputs at the rear, that looks something like this:

More than likely your cable box or TV aerial is already connected to the rear antenna connection or very possibly one of the HDMI ports and you’re stuck watching re-runs of Baywatch on some obscure channel at AT&T.

Of course, you may enjoy watching Baywatch, but now that the net has so much more to offer, why not hook up a PC to your TV?

Aesthetically, a beige box sitting in your living room is going to look a little naff, unless you can hide it behind the TV. Alternatively, you may wish to consider getting hold of a mini PC, such as a used HP Slimline or a variety of other small form factor PC’s (mini ITX) that are no bigger than a couple of large books laid end to end. 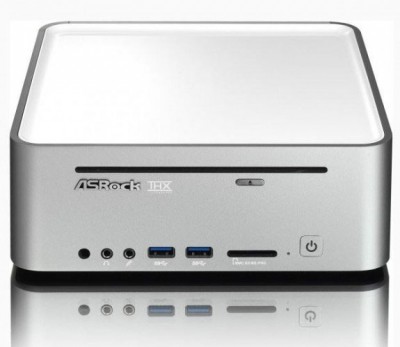 By far the more economical route is to acquire a used small PC and tailor it to your needs. I’ve seen HP Slimlines on eBay for as little as $40 and if you enjoy playing with hardware, machines like this can be upgraded relatively easily.

The most important factors would be an internet connection, graphics capability and memory. The amount of hard drive space would be determined by how much you intend to download.

Many slimline PC’s can be upgraded with a decent graphics card relatively cheaply and finding one with a low profile bracket adaptor, HDMI and no less than 512mb of memory would be the way to go. Getting the sound and picture to the TV can be done several ways, but the simplest mode would be through HDMI from the PC direct to your TV, bearing in mind that HDMI carries both sound and video in one cable, hence a lot less clutter. 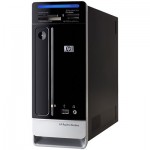 If you don’t have HDMI or a graphics card, it’s very simple to connect VGA direct from the PC to the TV, using a standard monitor cable, but you will have to fiddle with resolutions on the TV a little to get the right size picture.

For sound, you’ll need to run a standard sound cable from the PC audio out  to the TV as well, which is why HDMI is the preferred option today.

Ideally the whole system will be near your router and/or modem as the last thing you want are cables snaking all over the living room and wrapping themselves around people’s legs and your pets’ necks causing an unsightly and hazardous environment. 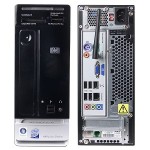 If the location of the router does present a problem,use WiFi, although the data speed will never be as fast as using a network cable.

In the end and once you’ve rigged up this neat little combo and assuming that you’re using something resembling a HiFi cabinet and you’ve tucked everything away nice and neatly, brownie points can be earned by pointing out to she who must be obeyed, that your new system is not only totally in keeping with the general decor and tasteful colour scheme, but also it will give back so much more in endless evenings of entertainment at the flick of a wrist.

To complete the picture, a wireless keyboard and mouse will be needed along with a comfy sofa, an agreeable companion and a suitable supply of refreshing beverages.

I’m probably stating the bleeding obvious, but the amount of online content is simply staggering today and everyone wants a piece of you.

Depending on your preferences, you may wish to start with Netflix and see what they’ve got to offer in your region. You will need to pay them a monthly subscription, but it’s certainly true that their content has improved dramatically over the last year or so and much of that is of course dependent on where you live. If you’re not content with your regional choices, you may wish to consider a browser add-on VPN such as Hola that removes region locks and allows you to view a lot more content in other regions. 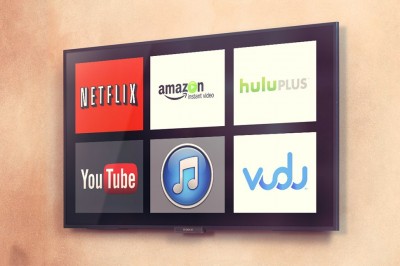 So, now that you’ve cut the shackles that were binding you to the rail-track of a basic and let’s face it,limited selection available through your dish or cable, the choice is now huge.

Most of us are familiar with how YouTube works, but it’s worth mentioning that if you have a YouTube ID, you can sort all your favourites into groups such as music, films and others and subscribe to other users’ channels. There’s also a huge selection of films available that somehow managed to get past the copyright police, so if you can’t find what you’re looking for on the other popular streaming services, you may find it on YouTube. In fact, not long ago, we finished watching a British TV series from the 80’s, Howard’s Way, which we couldn’t find anywhere else and the uploader had kindly split six entire seasons into bite size ten minute chunks, which must have taken an enormous amount of patience for one thing.

Doubtless, one of the most popular ways to get hold of content such as films and TV shows is to use a Torrent client like uTorrent or BitTorrent and most people know that pirating someone else’s property rights is illegal and can get you into a lot of trouble. The use of torrent clients in itself is not illegal of course and the protocol used is extremely efficient for downloading large amounts of data as you’re effectively downloading from numerous sources at the same time.

Many feel that they are justified in downloading content illegally as they see the big studios hauling in staggering amounts of money by charging exorbitant prices from cinema to living room. That decision of course, is down to each individual and their conscience and is probably a subject ripe for discussion in an article all on its own.

The whole point here, regardless of whether you grab pirated content or not, is having the control firmly in your own hands, and this has all been made possible by being connected.

Since I’m an inveterate, self confessed hardware geek, I simply couldn’t resist hooking up a PC to the TV a few years ago and haven’t looked back. It’s even more of an issue if you live away from your homeland and the local TV diet doesn’t quite agree with your constitution and your mother tongue begins to suffer from skill fade.

As mentioned at the beginning of this article, we live in interesting times, especially when you consider that some newer TV series’ have been especially commissioned for an internet audience and delivered by a streaming service exclusively, for the first time.

Mind you, I can’t see the battle for that remote control ending any time soon. Who’s the remote fiend in your house?

The author of this article does not condone or endorse the sharing of copyright material in any shape or form.