A device driver (commonly referred to as simply a driver) is a computer program that operates or controls a particular type of device that is attached to a computer.  A driver provides a software interface to hardware devices, enabling operating systems and other computer programs to access hardware functions without needing to know precise details of the hardware being used. ~ <Wikipedia>

When it comes to drivers I have always adhered to the ‘if it ain’t broke, it doesn’t need fixing’ philosophy. Provided everything is working fine from the outset and nothing changes from when you first connect your new device and install the driver, what’s the point in updating and taking the risk of maybe breaking something? Of course, there are exceptions to the rule, and I’ll expand on that as we go along. 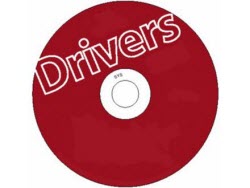 The default drivers provided by Microsoft are actually written by the manufacturer but are stripped down and often older versions. The biggest difference then with manufacturer drivers is that they more often than not include additional software packaging, such as a control panel or status monitor.

The driver packages Windows automatically installs are the core drivers created by the device manufacturer and provided by Microsoft after passing through Microsoft’s WHQL (Windows Hardware Quality Labs) to ensure they’re stable. They include just the basic software required to get your device up and running.

On the other hand, drivers obtained through the device manufacturer will more often than not include a software package that expands the feature set and enables more settings and options; examples are graphics card control panels, and a printer’s status monitor.

Another example is the plain old mouse; plug in a new mouse and Windows will automatically install a generic driver to get the mouse up and working for you but, if you want access to more bells and whistles, such as a battery level meter or to customize button functions, you’ll need the additional software package provided by the manufacturer.

In most cases, updates to hardware drivers are not security related and often involve an upgrade of the software packaging rather than the actual driver. Another reason drivers might be updated is to add support for newly released hardware, technology, or operating systems. Again, if your driver works fine from the outset and nothing has changed, you generally do NOT need to update the driver.

The exception to the rule is, of course, for those individuals who tend to utilize the additional settings and options provided by the manufacturer’s bundled software package. Even then, I would suggest checking through the change-log, if available, to see if the new version adds anything of importance before jumping in.

There are other exceptions too; gaming enthusiasts, for example, would more than likely want to keep their graphics card driver updated to help keep up with performance enhancements. Plus, of course, when a device is not working or is presenting the user with issues. However, as a general rule, when it comes to drivers, I would suggest that leaving well enough alone is more often than not the advisable policy.

Remember folks, the XP era is dead and gone. Hardware support has improved dramatically in the modern Windows operating system:

A special mention for driver update programs… don’t use them! You’ve more than likely come across these types of products at some time, with generic names such as Driver Genius, Driver Detective, Driver Checker, etc. If you are running a modern operating system, they are, in my humble opinion, not necessary and will often create more problems than they could possibly fix.

Many of these types of utilities are published by people who don’t give one iota about updating drivers, and some of them are disguised malware, pure and simple. Caveat Emptor.