Including video in your PowerPoint presentation can make it pop, but before we begin there are a few points to keep in mind:

Now that we have gotten that out of the way, follow the steps below to learn how to embed your video: 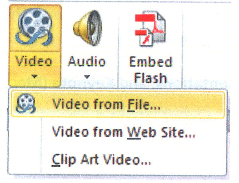 Carol holds A+, MCP, and MOS computer certifications and is the resident DCT Office expert. She trains the staffs of small law firms in the use of Microsoft Office applications and has authored many books covering Microsoft Office as well as written articles for Infopackets, TechnoLawyer, and Digital Harbor. For more Microsoft Office tips visit Carol's Corner Office or follow Carol on FaceBook and Twitter.