To view the list of Windows apps, you need to click View and then select Windows Store Apps: 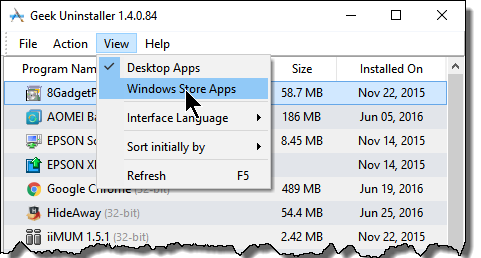 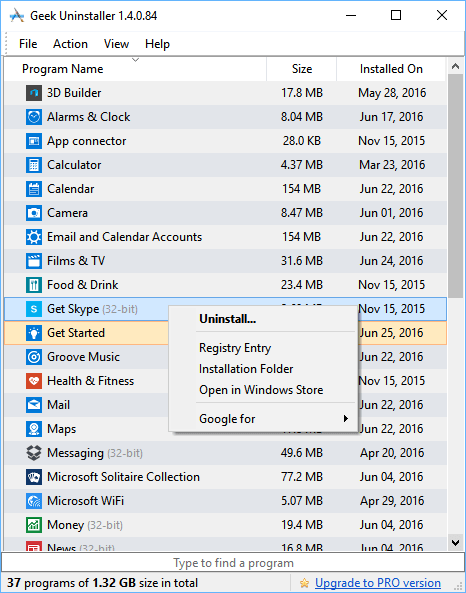 I realize this can also be achieved natively – by locating a particular app in the Start menu’s “All Apps” list, right clicking the app and selecting Uninstall – however, this method will often leave traces behind whereas using Geek will achieve a cleaner uninstall. Removing the ‘Get Office’ app via Geek Uninstaller for example reveals 251 potentially leftover items marked for deletion: 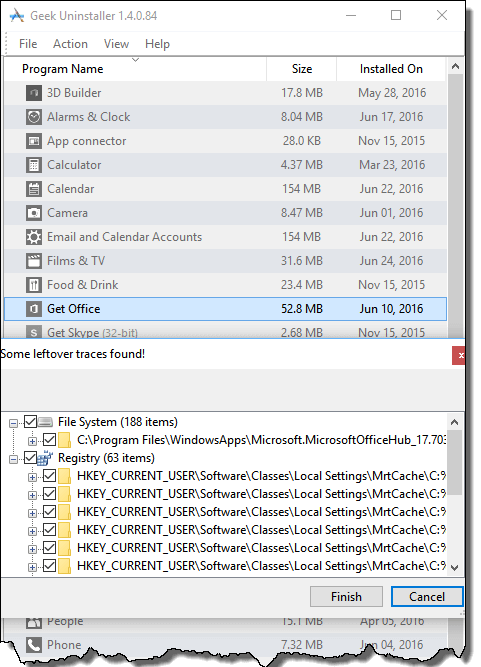 While this is a very handy addition to Geek Uninstaller’s features, it should nonetheless be used with caution as removing system apps could create problems. For example; if you remove the Store app you will no longer have access to the Windows Store and won’t be able to download the app again.