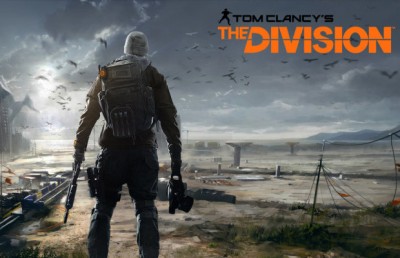 First announced at E3 2013, The Division is largely inspired by Directive 51 and Operation Dark Winter, playing on the fragile threads that bind society together in the face of an outbreak of disease which brings the United States to its knees within a very short period of time. You play as part of a classified group, The Division, to deal with the threats seen and unseen.

Originally the game was to be a console exclusive and it wasn’t until the PC community showed vocal and petitional support, that Ubisoft finally changed its mind, announcing that the game would be multi platform. Clever marketing or pure cynicism?

Either way, from what we’ve seen of actual gameplay footage of this massively multiplayer online third person action role-playing shooter, it promises much more than a shoot em up.The dialogue alone is enough to make you want to play, not to mention the entirely plausible premise, now that Ebola has spread its ugly tentacles across an ocean. The music too has captivated me and it looks as though my multiplayer days are about to begin again in earnest as this looks like a game simply not to be missed.

Ever felt like driving recklessly across the entire United States of America and indulging in a few pranks and capers along the way? Yeah, me too.

In The Crew you can do just that and more as it’s set in an open world, coast to coast. Many of us signed up for the closed beta back in July and I’ve never had so much fun being reckless in a car and must have smashed up dozens.

The Korean People’s Army of North Korea is a formidable force and including reserves, it’s estimated to be around 10 million strong.

The first outing for this game follows the premise of a Unified Korean invasion of the United States sometime in 2027, a scenario so bewilderingly bizarre that luckily this second game in the series is able pick up from a standpoint of people’s resistance, because that’s what they were left with. So it’s down to you, playing the game as Ethan Brody to bring together your resistance fighters and take down the technologically advanced KPA and ultimately the Greater Korean Republic.

The whole premise certainly pricks the imagination and as this is not Crytek’s first adventure into the murky world of the DPRK, not to mention the CryEngine technology being brought to the game by Crytek, there’s going to be a lot to look forward to.

This game won several awards at E3 2014, including Special Commendation for Innovation for it’s unique feature of procedural generation. That is to say, game content generated algorithmically rather than pre-rendered from data installed by the game itself. It’s an intriguing prospect and the games media, myself included, are waiting with bated breath for when it’s released next year.

The premise is planetary exploration in an almost infinite number of unexplored worlds, new species and more than likely, numerous battles, all set to to a music score that’s unbelievably beautiful.

Here’s a trailer and then after, an introduction to the procedurally generated universe created by British developer, Hello Games, who are best known Joe Danger.

Interview with the dev.

You know when it’s time to lay down your guns and enter a world free of the undead and bloody enemies, put your feet up and simply watch the world the way you always thought it should be like? Enter Farming Simulator and grow your crops, breed animals, seel them at market, come back to plough your land and survey the peaceful results of your hard labour.

Some of the tractors available are awesome; you should try it.