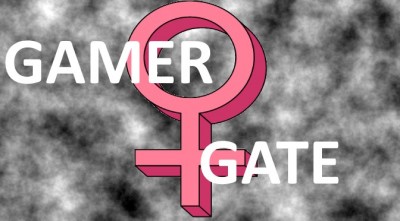 #Gamergate, if you haven’t heard of it by now and I wouldn’t blame you if you hadn’t, is a curiously toxic mix of allegations and counter allegations, which seemingly started life as an everyday kiss and tell story, the like of which you might have read in a bottom-shelf rag mag.

Streisand effect, tropes, doxing, smurfettes and false flags are just some of the terms you’ll find associated with this strangely violent cocktail.

But in fact, #Gamergate is not the name of a scandal in the same way as say, Watergate or Irangate are. It’s an online movement, whose original beef appears to have been with game journalists and their so called cozy relationship with the very game devs they were writing about. Neither is it a female worker ant, so you’d be excused for that head scratching moment you just went through, compliments of Google.

The entire and still ongoing saga, combines the elements of a third rate bitch saga in a school playground and an afternoon soap opera that’s gone off the rails; seriously off the rails in fact, now that death threats have been made. 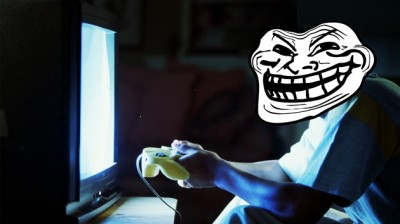 What’s it all about?

According to most sources, Eron Gjoni, an angry ex boyfriend of game developer Zoe Quinn, published intimate details of their relationship in his blog, where he accuses her of sleeping with freelance video game journalist Nathan Grayson , so that she would receive favourable reviews of her online interactive fiction Depression Quest. At the time, said journalist was contributing to Rock Paper Shotgun and Kotaku, but never actually reviewed Ms Quinn’s creation. When some gamers got hold of these revelations, nude pictures and details of her sex life began doing the rounds and darker elements even suggested that her suicide may not be such a bad idea.

It appears that the catalyst in this simmering pot is the perceived stance of game journalists and their relationship with game developers, that many so called gamers see as more than just cozy, if not corrupt.They were also more than a little put out that the gaming media hadn’t adequately reported on Eron Gjoni’s blog, which they maintain, exposes points which should be addressed. 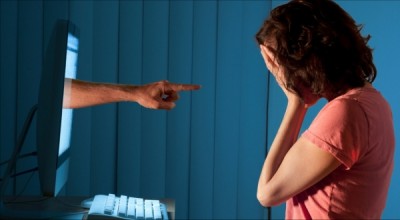 With the Internet being what it is, the issue quickly spiraled, taking more sinister turns and other women connected with the games industry came under fierce attack from death threats, including Anita Sarkeesian and Briana Wu, both of whom were forced to leave their homes and seek assistance from the FBI.

Enter actor Adam Baldwin in August, who is said to have come up with #GamerGate on Twitter, presumably as a reference to the handy and by now very tired suffix referred to earlier, which was quickly taken up by the disgruntled gamers group as a handle with which to bash women and other minorities for daring to invade the status quo of their predominantly white, male ownership of the gaming genre, as they see it.

Later, following an article by Leigh Alexander in Gamasutra, where she basically told gamers to grow up and grow a pair, the #Gamergate movement apparently put pressure on Intel which resulted in the chip manufacturer cancelling its advertising with Gamasutra.

What is a gamer?

My understanding of the term gamer, is that he or she is someone who enjoys the escapism and challenge of immersing themselves in a virtual world, created by a group of like minded game developers, for the enjoyment of everyone. The list of game genres is as long as your arm. Many are violent and others are so timid, you could play them with your grandma.

There’s something for everybody at each end of the spectrum, from Solitaire to E-Sports and somewhere in between there lurks a darker side, characterised by knuckle dragging trolls who live under the strange misapprehension that girls are set to pounce on them and steal their toys. Of course, that is a rather a glib summation of what’s really happening as more and more games are now reaching a far wider audience and demographic. Take Candy Crush, Angry Birds and Flappy Bird as examples and you’ll see that it’s not simply the boys’ club that these games were designed for.

It could be said that a hard core of angry gamers feels threatened by the simple economic fact that businesses will always sell their products in the most viable market place and often that means some communities will be left behind. 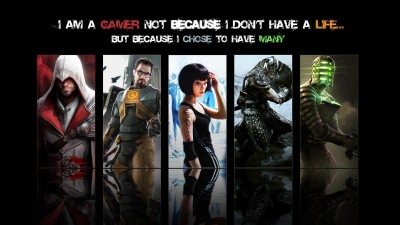 As of today at least three women are now living in hiding as a result of very serious death threats against them as if they were under some kind of fatwa issued by a collective of gaming fundamentalists.

If one were to use a peoples’ rights simile here, the actions of some people connected with #Gamergate, is akin to a group of legitimate protesters converging on a point of joint focus so that their grievances may be heard in a peaceful and reasonable manner, yet hijacked by a bunch of thugs whose only interest is to foment violence and bigotry simply for its own sake.

It’s not a stretch of the imagination to suggest that women are portrayed as stereotypes in video games and to redress the balance, Feminist Frequency illustrates this point in such a manner that is difficult to argue with whatever your stance on the portrayal of women in modern culture may be. However, this is a far cry from the accusation that gaming journalists are using double standards where convenient in their dealings with game developers. Clearly the two issues have conveniently merged in the fog of this phony war, stoked up by a bunch of bigots trying desperately to cling on to a virtual chunk of territory they claim to defend. Which begs the question: defend against what?

Maybe this pictorial statistic goes some way in answering that question. 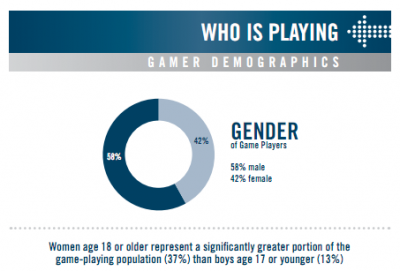 The ethics of journalism, particularly in the gaming industry, is a subject that needs a few column inches of its own here, but for some in the game community to fork the issue erroneously into a totally distinct and dangerously misguided crusade against girls and minorities in the games industry, is so out of touch with today’s reality that’s it’s seen as the transparent trick that it is from the very beginning.

The times they are a changing and have changed. No longer is the gamer a solitary white male locked away in a darkened room as these statistics from the ESA so graphically illustrate: 48% of gamers are female.

Nobody is going to listen to an unprovoked attack carried out in such a cowardly manner, but people do listen to reasoned argument. One can only hope that cooler heads will come to the fore, sooner rather than later.

8 thoughts on “#Gamergate – The New Fundamentalists?”