Jim Sterling, the popular YouTuber and game critic is being sued by his arch nemesis and indie game developer, Digital Homicide for his years of alleged “assault, libel and slander” against the developer, whose product portfolio contains gems such as ELT: The Extra Large Testicle , Six Nights at Suzie’s and The Slaughtering Grounds.

It is Sterling’s criticism of this latter game that has gotten the developer’s panties in a twist, leading to this astonishing lawsuit. To date, Digital Homicide is not employing the services of a lawyer and has resorted to crowdfunding to cover their initial costs and has been successful in raising $200 from eight donors in four days, so far. 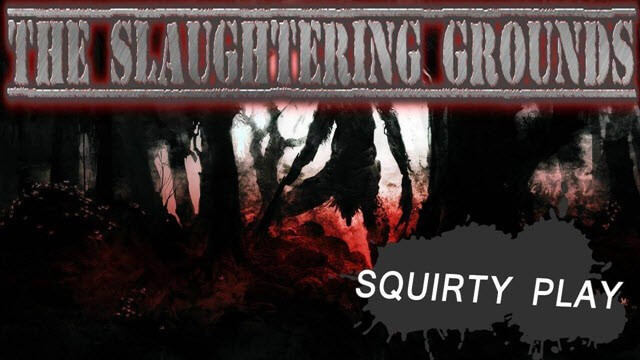 Does this lawsuit sound familiar?

I’ve said it before, critics criticize; it’s what they do and if they’re good at it, they get noticed. You may remember the ongoing Bleeping Computer lawsuit highlighted here at DCT by David Hartsock, referred to as a SLAPP action, the outcome of which could have dire consequences for those who speak out about shoddy practices.

This lawsuit, however, although dressed similarly, is different because the plaintiff doesn’t appear to be supported by any big guns in the rear, so to speak. In fact, Digital Homicide has filed the suit on their own behalf and apparently at their own expense, pending the services of a lawyer. At this juncture, it’s not rocket science to assume that the two brothers at Digital Homicide are going to need those extra large testicles in order to bring this case to a satisfactory conclusion at all. 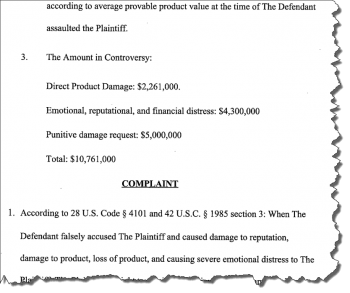 Imagine then, being an art critic for just one moment. You look at a painting of a tumble dryer with a bicycle sitting atop it or a mangled pile of metal shaped like a turd purporting to be art and you need to comment on it, if you can. It’s tricky isn’t it? On the other hand, if you’re a hardened critic, it isn’t tricky at all and you tell it just how you see it. But that doesn’t mean you’re right if you don’t like mangled metal turds does it?

Art is pretty subjective, but are video games? I’ve been playing video games for donkey’s years and whilst I can enjoy hours of fun with Half Life and Tomb Raider, many of my peers wouldn’t take a second look at those games; not because they consider them bad games, far from it, but because it’s a question of personal taste.

However, if a game is badly designed, uses crappy assets and is dull to the point of either inducing a catatonic state or a murderous rage, then it needs to be called out for it’s shortcomings. That’s not a matter of taste either and the reviews garnered by Steam gamers show a pretty unanimous 64% negative review status on The Slaughtering Grounds which tells its own story. In fact, other reviews have described the game as being akin to digital torture, waterboarding and not even a bargain if given away. 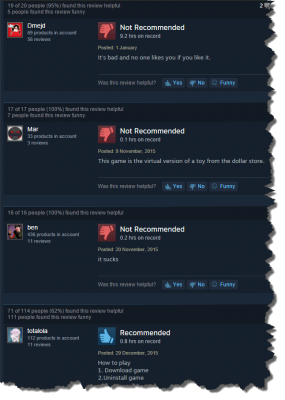 Does this lawsuit matter?

It matters because all games are subject to criticism as soon as they hit the shelves. Many take that criticism on board in an objective manner, fix what needs to be fixed and in some cases even rethink a game that suits the desires of that particular genre of gamers. It also matters because media critics and reviewers need the right of free speech on their side in the same way that we all have the right to reply. On the other hand, some game developers refuse to listen to criticism, churn out one dire game after the other and then throw their toys out of the pram when a critic points out some fundamental flaws in their game such as value for money and playability.

In the matter of Digital Homicide, once Mr Sterling’s less than positive review hit YouTube, the developers slapped a DMCA take-down order on his video, then allegedly downloaded said video review, edited it with their own text and counter accusations and re-uploaded it as some kind of childish counter attack.

Later, in July 2015 to be precise, Jim Sterling and Robert Romine of Digital Homicide took part in a Skype conversation , some of which I listened to, but bearing in mind it’s around one hour and forty minutes long and contains not much more than you said, I said, it all seemed pretty counterproductive in the end. Digital Homicide also has their own Facebook page where they implore readers to fund their lawsuit and………….STOP! STOP IT NOW!


What would Harvey Specter do?

For a start, he probably wouldn’t get out of bed to even read the case file; he’d probably get Donna to send it to some flea-bitten back street lawyer in Queens and hope he never hears of it again. I mean, what’s $10m in a case where the plaintiff is already on rocky ground? On the other hand, if Harvey felt like a stint of light entertainment and pretending to show that he really does believe in perjure-free, free speech, I expect he’d bring Jim Sterling into his lavish boardroom, agree to take his case on contingency since he’s got such a soft spot for Brits like Jim judging by his history of ex-girlfriends, therapists and clients. He’d then ask the plaintiff (in this case representing himself) to visit said lush boardroom for a deposition, in which he’d ask him to name all the games he’d produced, how he’d acquired the game assets and where exactly he saw himself in five years time. He’d also ask him why he’s now selling The Slaughtering Grounds on Steam for $0.99 and not $10, if this alleged treatment by his client has been so ruinous for his games sales.

Mike Ross would then enter the room, prepped by Harvey of course and toss sheaves of independent game reviews on the huge glass boardroom table, where they would slide across to the plaintiff, stopping just short of his latte with cinnamon because well, you know, men in suits.

But I digress and at this point Harvey is pointing out that Jim’s reviews are a mere speck in the ocean compared to what he now sees before him and if he doesn’t want to be making crappy games for the rest of his life just to pay for this action and, by the way, he’d be up against the best damned lawyer in Manhattan, he’d better think again.

To add insult to injury, Mike tells them to grow up, shake on it and to go home and play with their toys. Harvey then nonchalantly leaves the room for a lunch appointment, followed shortly by Mike.

That could be how it ends, but I doubt it.