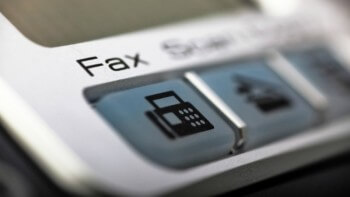 As the PC market grew so did word processing, which had enormous advantages over typewriters. So, it wasn’t long before the venerable typewriter was finally kicked to the curb. The typewriter soon vanished from desktops, and the space it once occupied was quickly replaced with computer monitors and keyboards.

Not long after the PC revolution kicked into high gear, facsimile machines became compact and affordable, and every office had one. Second only to the PC, the fax machine was one of the most coveted pieces of office modernization hardware since the typewriter.

It was only a matter of time before computer and internet technology would make the fax machine obsolete. In fact, the fax machine has been obsolete for decades. Even dial-up modems from 25 years ago had fax capabilities built into them. But the software they came with was usually clunky and difficult to use. The fax machine remained the tool of choice.

Then email, PDF and the JPEG picture format came along. Gradually… very gradually, the focus shifted from fax machines and phone lines to transferring documents and pictures over email and the internet. While some of us adopted these faster, more efficient methods early, it seems much of the world, including plenty of technophobes in the U.S. and other Western countries, were slow to leave the old fax machine and embrace the newer methods. 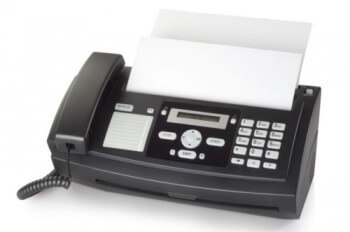 While not as ubiquitous as they once were, many home and business offices still have a fax machine. Every once in a while, it will wake up and produce that old, familiar, digital buzzing sound and roll out paper with freshly printed text and graphics. The machine may look a little more advanced, be a little quieter, and produce a better facsimile than the early days of fax machines, but the underlying technology is much the same as it always was.

You might say that, in some ways, it was the fax machine that started the era of instant gratification, which has become the underlying driver of so many industries today, and the expectations of a generation that may never have even used a funky, old fashioned fax machine. How ironic.

While, for some, the ability to send and receive handwritten notes and contracts with personal signatures still offers much appeal, the days of the fax machine are surely numbered. Just as the number of ears that perk to the sound of big band music grows smaller with the evolution of music, so too, do the number of ears that listen for that high-pitched buzz of the honorable old facsimile machine as modern communications technology advances.

At a point in time when video calls over Skype, flying drones and 3-D printing can be considered yesterday’s news, fax machines are still with us. Though little changed from their heyday when they graced every office in the Western world with a phone and an electrical outlet, it is remarkable how much of the technological timeline the revered fax machine has claimed. Even though manufacturers no longer make the cathode-ray TV’s the vast majority of us grew up on, some still make fax machines, and the market still buys them.

Who knows… if the fax machine were somehow adapted to include built-in games, it might be around a great deal longer.

I gave my electric typewriter to a college student many years ago. Not doubt it’s in a landfill somewhere now. But I still have an online fax account I never use, and my fax machine is still in the closet, collecting dust. I just hate it that I only used one roll of the last six-pack of thermal paper I bought for it!

11 thoughts on “Fax Machines Still Buzzing After Many Years”