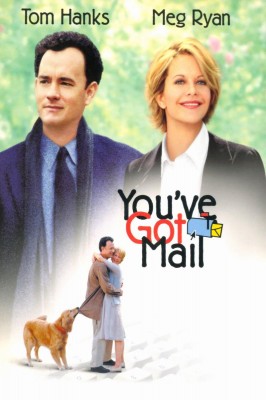 Is Email on the way out?

That’s a bit like asking ‘Do you still watch cable TV?‘ and not quite as off topic as one might think.

As for cable/terrestrial TV, no, I don’t watch it anywhere near as much as I did before, thanks to the Internet of course and in large part due to the ever changing online landscape, where snappy and instantaneous forms of communication have more or less become the norm for many people.

I’m not for a minute suggesting that email is dead or about to be in the near future, but it’s impossible to ignore the habits of the many. I’ve traveled a little and always enjoyed emailing friends and family from wherever I was, with news, updates, thoughts and pictures. In fact, even when I put the brakes on, I continued to send out regular newsletters with observations from a far off place. But did you see what I just did there? Yes, I used the past tense, as I haven’t continued to regularly send out emails. How about you? 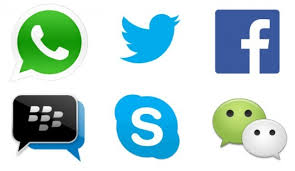 Do you prefer an instant result?

Much as Woody Allen’s Orgasmatron guaranteed him an instant kick with as little user input as possible, Whatsapp, Twitter and Facebook Messenger do what they do in a flash, with a certain amount of gratification, if that isn’t stretching the point a tad.

How many people do you know, with whom you communicate almost exclusively through a smartphone app? I know plenty, but of course that’s probably dictated by circumstance, cost effectiveness and speed. When someone leaves a PC in my shop to be repaired for example, I always need a contact number or some other means to keep in touch. In the past, I would take note of a phone number and email address, but now I can’t remember the last time I noted someone’s email and even when I ask, it’s often brushed away or ignored.

One of my customers, who is continually updating his gaming rig because that’s his thing, solely and exclusively chat’s with me through Whatsapp. He sends me pictures of his latest graphics card or water cooling system and for him, it does what it says on the can. I asked him for his email address the other day and the first thing I got was ‘Why do you want that?‘.

Me to lad: What’s your email address nowadays?

Lad: Send me a Whatsapp or message me on Facebook. That’s what we all do.

It’s a pretty salient summation of getting stuff to each other today and it works up to a point, in a sharing and caring way, but for for more serious matters, email has to be king right?

It could be said that texting and messaging have reduced our grammatical skills to the lowest common denominator and to a certain extent, that’s true. I mean, if I received and email from my bank manager telling me ‘UR acct iz V overdrawn plz do smt about it ASAP….‘, I’d probably send it back with a note telling him to go back to school.

On the other hand, there’s a time and a place for shorthand. Hell, the military couldn’t live without it and those of us who remember telex will be familiar with the jargon we used then:

But you’re not going to write like that in an email are you? No, of course you’re not, because writing an email is almost the same as writing a letter; carefully putting it in an envelope, stamping it, walking to the end of the road and posting it in the box. You felt good after the fact and you had a certain spring to your walk on the way home, especially if you’d just written to that special someone all those hundreds of miles away. By the same token, that special someone would peer through the curtains every morning as the postman passed and when the letterbox finally went clunk, would know your letter had arrived.

Although many of us have forgotten the sublime pleasure in sending and receiving a real letter through the post, or what is now known as snail mail, email remains a passable alternative, because it can still be personal, has the air of expectation about it and you generally have to bite your lip and actually wait for a reply. If you’re a soppy old romantic, you’ll associate quite easily with Tom and Meg, because let’s face it, anticipation is the essential spice in the mix. If however, you find the quickfire soundbite more to your fancy, email is probably getting a little long on the tooth by now.

Probably the most important aspect about email is security, a subject covered in considerable detail by Martin Ward, here on DCT and let’s face it, if you’re passing sensitive information across to someone else, you’re hardly going to be using Facebook or Whatsapp for that are you? Are you?

By the same token, the people you have an email relationship with are not necessarily the same group of people with whom you’re hanging out in Facebook or Google. An email exchange is like a kind of preliminary introduction for many, a courtship if you like, which may or may not end up as dinner for two or the communal rave that is Facebook, but it sure looks like it’s here to stay.