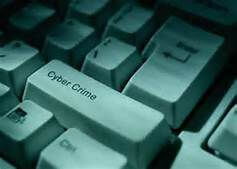 Over the last few years we have posted several articles about antivirus, anti-malware and how to protect yourself from identity theft. We have talked about the privacy or non-privacy you might experience in your operating system and the sites you visit. All that is fine and good but what does it really mean. Have you been hacked? Has someone actually stolen your identity or taken property or money from you as a result of a “Cyber Attack?

loves scaring the average user, it is their job after all, to entertain you, not enlighten you, and stories about someone receiving pop-ups on their computer will not be making it to the big screen anytime soon.

So, I wondered, how likely are any of the scenarios portrayed in movies and TV shows. If you are like me and know a little about computers, you know that these are very unlikely scenarios and I have a hard time accepting some of the equally unlikely abilities of and the number of “super-hackers”.  To me, it is a lot like watching a crime drama where they get the DNA of a criminal before the detective makes it back to the station. So, does taking an action that is possible and presenting it as probable, or as a certainty, dilute the reality?

Criminals taking control of your car’s computer, hacking your computerized prosthetic arm, or inducing a heart attack with your pacemaker is very very unlikely. Hacking into NASA to take control of military drones or for government agencies to take down the nation’s power grids make for good story lines and, while some of these things have already happened in the real world, it is more of something that might happen than is actually happening. According to Brian Murphy, ex Defense Department’s network security unit, “No computer hacker has yet shut down an electrical grid or opened a dam.” So, I ask once again, what does this mean to you and me.

First of all, what is cybercrime and how pervasive is it?
Cybercrime is any crime affecting an individual or group of individuals carried out by the use of a computer. It has grown so much that it is now bigger than illegal drug trafficking as far as making money for criminals. According to Symantec “somebody’s identity is stolen every 3 seconds as a result of cybercrime and your computer can become infected within four minutes after connecting to the internet if you are not protected by a software or hardware protection solution“.  A large part of this increase is due to the incredible number of targets available to computer hackers.

Should You Be Afraid?

Yes, scare tactics aside, there is a real and likely probability that you have or will become infected with malware or fall victim to identity theft. Particularly, if you have not already taken the safety measures to prevent it. Even then you must be constantly vigilant to keep yourself safe. I am always amazed at the statements of fellow computer enthusiasts who claim they are 100% safe because they know what they are doing. However, they fail to keep in mind that the one time your grandchild, spouse, or friend uses your computer and clicks on something they should not have, their system will be infected.

Most instances revolve around two types of intrusion, the first is when “you” the user downloads a Trojan horse virus. Most savvy computer users know how to avoid this type of virus but it can still happen and does so frequently with less knowledgeable users.

The virus has the ability to install loggers on your machine and track (log) the keystrokes you make. Even a simple type of Trojan can give a hacker your passwords, credit card numbers and other private information. Once they have your passwords, it is really a simple matter of logging into your accounts and doing as they please.

The other method and the one capable of fooling even a hardened defender is to become infected through a technique called phishing, this is normally when an individual clicks on an email from a trusted website, such as your banking site or any other legitimate site, and is in fact really a fake front embedded with a virus or malware.

The reason this technique is more dangerous is because hackers have evolved and use your own trust against you. For example, once they hack an individual they will then send email to people using the names found in their contacts list. Many of these lists contain the contacts, connection with the user, birthdays, and other comments about the contact.

Imagine receiving an email from your mother with title, “You won’t believe what your dad was doing when we took this photo”. My guess is most people are going to click on that link and open it. Instead of your dad it is a virus. It can be that simple.

Every Cloud Has a Silver Lining

I believe that each of these tactics can be thwarted by taking a few common sense precautions. I am not going to go into great detail on how to prevent data loss because, as I have mentioned, the authors on this site have given you many reliable ways to prevent hackers from accessing your computer, but perhaps the thing we forget to remind

you is that the biggest, strongest and most unbreakable lock in the world is useless if you give away the key. So with that in mind.

The numbers of serious hacks is alarming but in reality, we are still just a small part of the internet presence.

The criminals work hard to beat our defenses because of the potential profits that can be made by hacking. However, we are getting smarter, becoming more aware and many of us are taking the steps to ensure that not only us but our friends are protected.

5 thoughts on “Cybercrime What Does It Mean To You?”