Netflix recently announced it will be beefing up its campaign to prevent customers using VPNs and DNS proxy servers to view content outside of their specific region:

…in coming weeks, those using proxies and unblockers will only be able to access the service in the country where they currently are ~ David Fullagar, Vice President of Content Delivery Architecture at Netflix.

Mr. Fullagar asserted that “if all our [Netlix’s] content were globally available, there wouldn’t be a reason for members to use proxies or unblockers“, further adding “we are making progress in licensing content across the world“.

He did not, however, provide specifics about the technology that would be used to stop the use of VPNs and proxy servers, saying only that Netflix employs “the same or similar measures other firms do”. Which has led to a number of tech writers and analysts casting doubt over just how effectively Netflix will be able to target VPNs and the like.

Writing for The Conversation, David Glance of the University of Western Australia said it was “very unlikely” that Netflix would be able to block all known VPN providers.

The truth of the matter is that Netflix will indeed find it difficult to shut down VPN access to another country’s content. TorGuard and other VPN providers will be able to keep switching Internet addresses of their VPNs faster than Netflix will want to block them. Other services like Hulu for example have tried to block VPNs far more aggressively than Netflix in the past and have had limited success.


And VPN provider TorGuard told it’s customers “not to worry“:

For those of you who rely on TorGuard VPN service to unblock Netflix content unrestricted, you don’t have to worry. Netflix will be pushing this plan forward soon, and when that happens, TorGuard will immediately deploy new server IP addresses so users can still bypass blocks. <source>


Regardless of how difficult the blocking might or might not be, it’s highly likely that Netflix is merely responding to pressure from content holders and just how much effort the company will put into actually enforcing its blocking policy is open to question. Considering that if Netflix is successful in blocking access to content it could potentially start losing subscribers in large numbers… my guess would be, not too much. 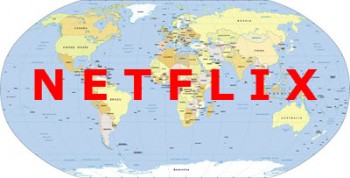 It would certainly be nice if everyone across the world were able to access Netflix’s full library of content, regardless of county of residence. Here in Australia, for example, we have a little over 2000 TV shows and movies to choose from compared to almost 6000 in the US. However, with so many providers vying for the rights and regional licensing varying from country to country, I seriously doubt Netflix will ever see its goal of full global availability come to fruition.

Personally, I see this as just another push from content holders to restrict people’s viewing options so they can maximize the amount of money they make. The ironic aspect is that, according to consumer advocacy group Choice, the number of people regularly pirating in Australia has dropped by a quarter since the launch of Netflix in that country.

What do you think? Will Netflix be successful in blocking all VPNs and proxys? How hard will Netflix even try? Is full global availability a mere pipe dream or will it become a reality?