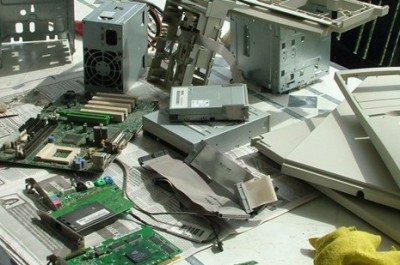 It might look a mess, but it means something.

Many of us buy used cars because we don’t have a choice. Our pockets aren’t deep enough for the shiny new twin turbo with go faster stripes, GTX stickers and creamy leather seats. The same can be said for most acquisitions really, whether they be cars, houses, domestic appliances and yes, computers.

But why would we even consider building a machine with used components? What are the factors that would push us in that direction? Quite a few as it happens.

If I’m honest, I won’t pretend to be a tree hugging eco warrior, but even I can see the sense in extending the life span of hardware that others may simply toss in the bin. 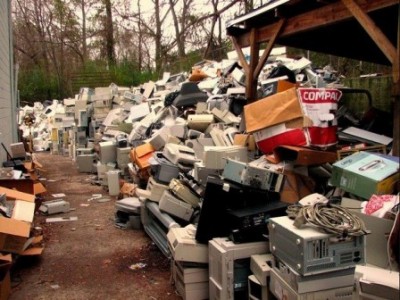 There’s gold in here, if you look carefully.

Simple economics is also a major factor in spite of the fact that many may say that this line of thought equals false economics. Of course this is nothing new; folks have been buying and selling used kit for generations, I hear you say.

And you’d be right. In fact, buying used components to rebuild them into reconditioned machines is how I first got my business off the ground.

You have a choice

Imagine  that you live in circumstances that deem it financially prohibitive either to buy a new PC or even to assemble one from new components. It may be a scenario of brutal import restrictions, harsh exchange controls, rampant inflation, and a local currency that loses value on a daily basis. And even if these seemingly apocalyptic conditions don’t apply to you, this is definitely a choice worth considering

If I could show you how to build your own machine entirely from used components, you’d be interested wouldn’t you? I know I would.

Once you’ve decided on the type of machine you want to build, put together a minimum specification and stick to it. At this stage you can afford to be a little generous to yourself, after all, you will be making some significant savings along the way. 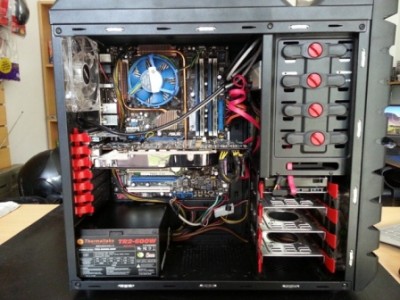 Every component in this gaming machine is used.

Once you’ve established where to find most of your used components, buy a few inexpensive parts as a trial and test them out at home. Some good examples of this could be memory and DVD drives as being easy to test out and not expensive when bought used.

So you now have a good idea of which components you need and it’s time to strike some bargains. Remember that people who are in the business of supplying used parts, are doing just that, they are running a business. They need to turn over products on a regular basis, they know their margins and are usually open to a certain amount of bargaining.

The same could be said for the casual seller who may be selling parts of a PC as they are upgrading to new.

The major components you will be buying will be motherboard, CPU, memory, DVD drive, graphics card and very possibly, the hard drive. Always insist on the seller showing you that the components actually function without any problems. If it’s a graphics card, ask them to run a game for a while.

If it’s a motherboard or memory, get them to load up the operating system and run a few programs. You must be satisfied that you’re not buying turkeys.

Ask questions all the time. Ask the vendor to put a small label on each item showing the date and possibly a reference number.

Extra care should be taken when buying used power supply units. These usually have a date stamp on the label and if you find that the non tamper area of the label has been broken, don’t buy it.

Recently I came across someone who was upgrading their system, but in order to finance the build, he needed to sell his current components. Luckily he hadn’t taken the machine to pieces when I went to see him, so I was able to check the entire system for myself.

After we’d struck a deal, I walked away with the base components for a top notch gaming machine. 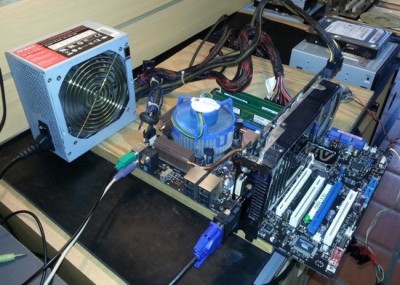 When new, the combined total for these components will have been around $2000. The CPU alone on release was about $1000. I was able to get the lot for $200 and build a very fast computer capable of handling most of today’s applications and games.

This isn’t an isolated example, but it is a lucky one. Lucky because I found the right seller who was keen to sell.

There’s no denying the fact that buying anything second hand carries risks. However, I have found that the benefits far outweigh those risks by a long shot.

Most of all, have fun!